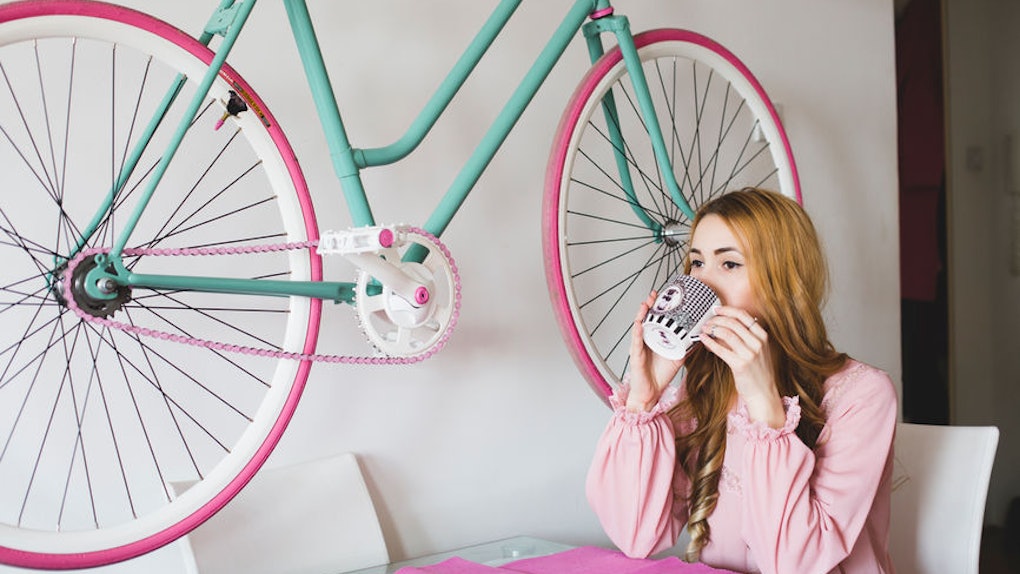 When You Don't Want To Share Your PSL, These 7 White Lies Come In Clutch

Pumpkin Spice Lattes have officially arrived! You've been holding out on using your Starbucks gift cards for this sole purpose. To be honest, I wouldn't be surprised if you skipped all the way to the store. But what about when someone asks for a sip of your beloved beverage? You instantly panic. Even though you aren't super proud of the white lies you tell when you don't want to share your PSL, it has to be done.

Those little white lies mean more sipping for you. You're not against sharing with your bestie, but this is a PSL, and they aren't handing these babies out all Willy Nilly throughout the year. You sat and waited patiently for Starbucks to bring back this heavenly flavor. You did your time, and you'd be a fool if you didn't milk every single drop you can get.

Think about it — if you share, you're going to experience some form of regret later down the line. On that agonizing day when you're sipping your last PSL for the season, you'll remember that amount you shared and wish you can take it back. You never got to enjoy those extra sips, because you gave your happiness to someone else. Sharing is caring, but a PSL is an exception, so feel free to resort to any of these eight white lies.

Your coffee cup is filled with a delicious PSL, but it's suddenly on "E" when someone asks for some. I mean, as long as your tumblr mug isn't see-through, this white lie will work wonders. Just make sure they don't try to reach for it and check for themselves, because that would be a complete and utter catastrophe.

2. It's Your First Time Trying It And You Want To Thoroughly Enjoy

Your first PSL? Sike. This might be your first PSL of the season, but you're a professional sipper of this flavor by now. People usually tend to back off if someone claims it's their first time trying the glorious drink.

3. You Claim That Your Drink Isn't Even A Pumpkin Spice Latte

As long as there isn't "PSL" written on the side of your cup, who's to say it isn't something else? Well, you're about to convince everyone that it's not your favorite drink at Starbucks. You may have to scrap that overjoyed face you get while sipping the PSL, in order for peeps to believe you.

4. You're Holding It For Somebody Else

The good old "I'm holding it for someone else" diversion. No one wants to mess up whatever agreement you have with this "other person," because you're responsible for delivering their drink in one piece. Be sure to tell whoever's asking that this other person is a PSL diehard, and they'd be devastated if anything happen to their beverage.

5. You Sort Of Promise An IOU

Telling someone "maybe next time" has gotten you out of so much before. You might not follow through on giving them a PSL down the road, but maybe you will. Who knows? Right now, you have a yummy beverage that requires your undivided attention.

6. You Convince Them That They Probably Wouldn't Like It

Who are you kidding? There's a small percentage of people who don't like PSLs, and you've never met one. For the sake of tasting more of what you love, tell them that they wouldn't like it, even if you did let them have some. What they don't know won't hurt them, am I right?

7. You're Late For That "Thing" That Needs Your Attention ASAP

Instant urgency to run an "errand," or a "situation" that needs your attention as soon as possible is a solid alibi. Yeah, you could pour them a bit off the top, but this "matter" is really "pressing" you for time. Make sure when you bolt the heck out of there, you don't leave your PSL behind.

You deserve to get the most out of PSL season at Starbucks. That means keeping every last drop for yourself, if need be.