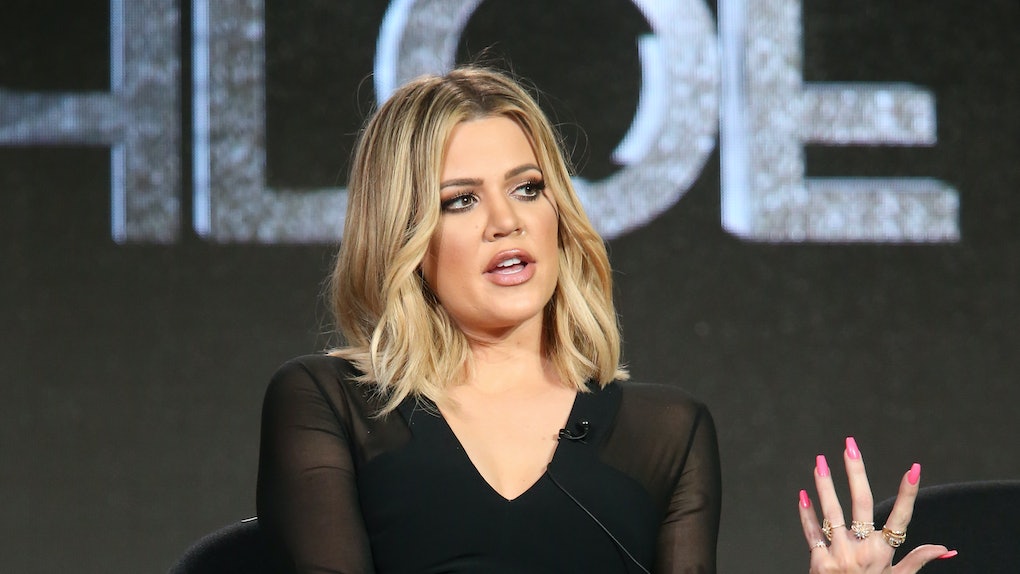 When Will Khloe Kardashian Start Dating Again? Her Plans After The Tristan Drama Make Sense

Just in case any haters needed any more proof that Khloé Kardashian is doing just fine, thanks, my main girl Koko just cleared the air again. Ever since her relationship with Tristan Thompson came to an abrupt halt around Valentine's Day 2019, people have been wondering — When will Khloé Kardashian again? According to the Good American founder and creator, not any time soon. And that's just the way she wants it.

So, you guys might remember when rumors about Tristan Thompson and family friend Jordyn Woods kissing blasted a hole right through Keeping Up With The Kardashians fans' stratospheres. According to Woods, who spoke with Jada Pinkett Smith on her talk show Red Table Talk, Thompson allegedly kissed her after a night of partying. Reports then claimed Kardashian called things off with the professional basketball player on the spot. Elite Daily previously reached out to Woods, Thompson, and Kardashian's teams for comment on the reports but did not hear back by the time of publication.

Fans have been rooting for Khloé to find true love and had hoped she landed on it with Thompson. Alas, videos surfaced of Thompson kissing multiple women while Kardashian was nine months pregnant with their daughter True. Then, the Woods story broke. While Kardashian reportedly dated a few guys before Thompson, he was certainly the most serious boyfriend she's had since her divorce from Lamar Odom in 2016. (Odom and Kardashian were separated for a long time before the divorce was finalized.) All of this lead Kardashian to participating in an interview on the Divorce Sucks with Laura Wasser podcast.

In chatting with Wasser, Kardashian revealed she is not on any sort of dating app or website, and frankly, is happier for it. She said dating is the furthest thing from her mind.

"No, I’m not even thinking like that," she said. "I’m not on any [dating sites], but I don’t care to be." Right now, Kardashian says she's busy being in love with her daughter True, something she knows might sound cliché but stands by anyway.

Kardashian added, "I don't feel a sense of urgency to be in a relationship or even go on a date."

If you're thinking this is a pessimistic approach, it's not. Kardashian also talked about how breakups make space for new relationships that will become available to you "once you heal." She and Wasser connected on that old idea of "better to have loved and lost than to have never loved at all."

Not that I would ever be caught dead choosing a Kardashian favorite (ha ha), but come on. Who doesn't love Khloé? Queeny is going to be just fine.