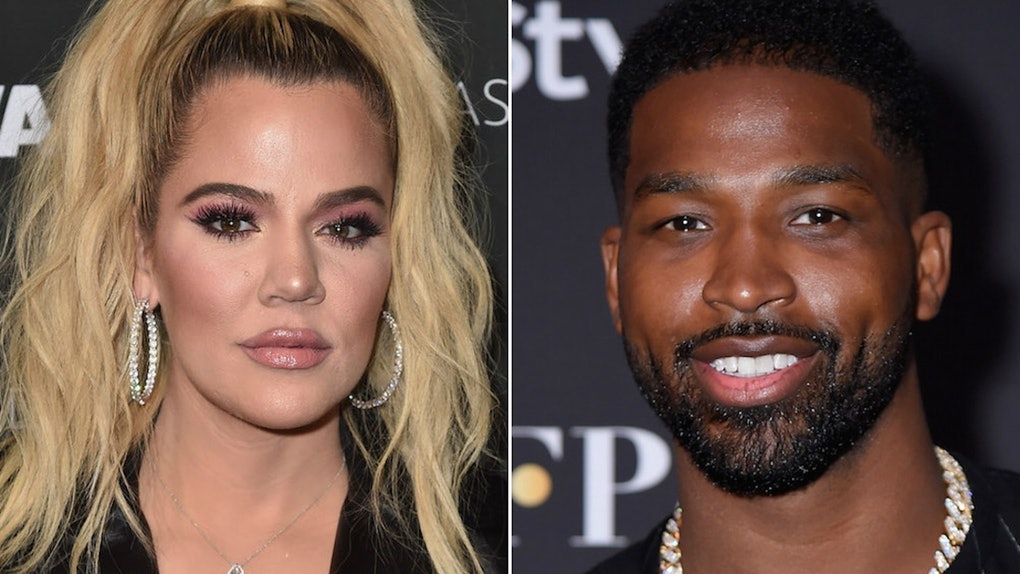 Did Khloe Kardashian & Tristan Thompson Break Up? A Report Claims Jordyn Woods Could Be Involved

EARLIER: Here's what TMZ's report claims: Thompson flew into Los Angeles to spend Valentine's Day with Kardashian and True. So all was seemingly fine in Kardashian and Tristan's world on that Thursday. But according to TMZ's sources, on Sunday, Feb. 17, Thompson went for a night out at Delilah nightclub where he was reportedly seen making out with Woods.

Kardashian reportedly found out about it on Monday, Feb. 18, and immediately broke things off with him.

While Thompson has a history of cheating on Kardashian (the world isn't totally over the fact that he cheated on her while she was pregnant with True — a dalliance that was well-documented on Keeping Up With the Kardashians), it's still pretty hard to believe that Thompson would cheat on Kardashian again in such a public space, especially with someone who is practically part of the Kardashian family.

Let's not forget, word of Thompson's cheating on Kardashian came out in April 2018 when a video of Thompson seemingly getting intimate with other women (on two separate occasions) hit the web.

One video, released by The Daily Mail April 10, looked like it showed Thompson kissing another woman in New York City the previous weekend. The second video released on April 11 by TMZ seemingly showed Thompson getting intimate with three women at a hookah bar in D.C. back in October 2017.

I personally don't know what to believe.

Even if you fall in the "once a cheater always a cheater" camp, when you consider Thompson's history of getting caught on tape in multiple cheating situations, it seems far fetched to think he would be so careless to make out with his girlfriend's sister's best friend at a popular night club.

All I know is I'm not emotionally prepared for the fallout this could cause in the Kardashian clan if it is true. Kylie Jenner and Jordyn Woods' friendship is one for the ages and my heart can't handle the idea of them breaking up. I'd love for the Kardashians to address the issue themselves, stat. Kim? Kourtney? Kylie? You there? I need answers!