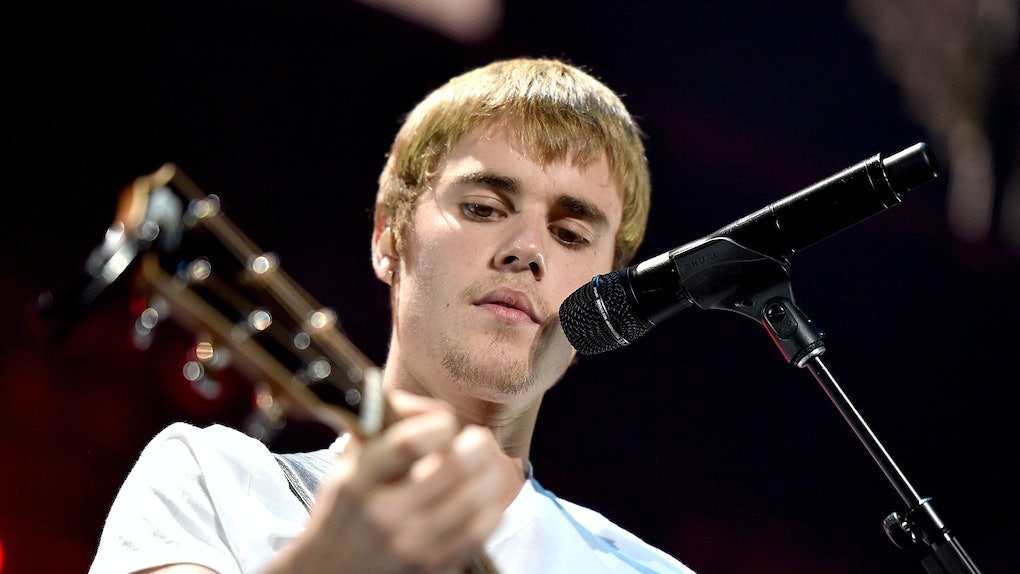 When Will Justin Bieber Release New Music? He May Have Spoken Too Soon At Coachella

Biebs! Quit playing games with us! Justin Bieber has had his fans totally worked up ever since he teased that new music should be on the way "soon." However, new reports are suggesting that it may actually be quite some time until Beliebers are truly treated to a new album. Plenty of pop listeners have been wondering, " When will Justin Bieber release new music?" Based on a report from TMZ, it might be a long-AF time, fam. Elite Daily reached out to Bieber's team for comment on the report, but did not hear back by the time of publication.

OK. So, we all know Bieber canceled the last 15 shows of his Purpose tour in 2017 to work on his mental health. Since then, he's been noticeably emotional, vulnerable, and unpredictable as per his social media posts and actions. Bieber shocked everyone when he spent the summer of 2018 PDA'ing with his then-girlfriend, Hailey Baldwin. Of course, he took things up a notch when he secretly married her in September at a New York City courthouse. Since then, his followers have seen a noticeable uptick in his social media presence plus his interactions with other music giants like Kanye West and Ariana Grande.

When you add the heart he's wearing on his sleeve to the kind of industry company he's been keeping, it certainly looks like new music should be on the way.

In addition to that, Bieber surprised festival-goers when he popped up on stage with Ariana Grande at Coachella. Obviously, it sent Beliebers into a tailspin. At the end of the performance, Bieber cut the music to have a little chat with the audience. He explained, "I haven't been on stage in, like, two years. I came out here. I had no idea I was going to be on this stage tonight. Absolutely no idea. I wore this fly outfit, not knowing I was going to be on stage."

Before leaving, he added, "Oh, and by the way," dramatic pause, "album coming soon."

You can watch his whole performance or scroll to the end to hear him speak:

Alas, sources close to Bieber are now telling TMZ he was simply "caught up in the moment" and a new album is still about a year away. Reportedly, he has been making new music and has recorded a few songs already, but we're not really close to anything of album status, yet.

After Coachella, Bieber posted two pictures on Instagram regarding his performance. One was of him and Grande hugging which he captioned, "Ari u are a class act @arianagrande," and the other post included a few snaps of him performing with the caption, "Like I never left." Of course, his fans agree.

Justin, try to keep us posted with, like, real facts and updates! We're stoked for you, bro! Just keep the details accurate so we don't lose it.