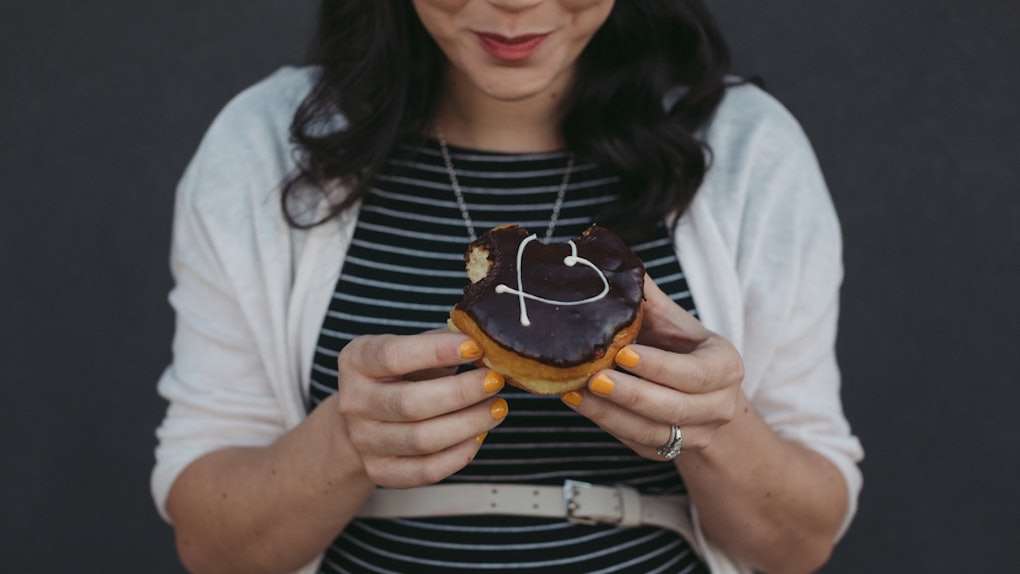 When Will Chocolate Run Out? Your Favorite Treat May Disappear Within Your Lifetime

Remember that time I preached how amazing 2018 was going to be for all of us? Try your best to hold on to those good vibes, because I sort of already have some bad news to report, and we’re not even two days into the new year. If you’re a chocoholic who’d much rather get chocolate-wasted on a Thursday night than boozy on $3 margaritas at happy hour with your squad, hold on to your Hershey bars because the heartbreaking questions about how and when chocolate will run out have just been answered, and you can thank global warming for the potential death of this good-for-you indulgence. Cue the miniature violins and endless stream of tears.

But wait a second — wasn’t it not that long ago that the chocolate industry was crying shortage? In 2014, a mere four years ago, representatives from Mars, Inc. and Barry Callebaut emerged from their fantastical, Wonka-esque factories and wagged their fingers at the world for eating too much chocolate — so much chocolate that the world was headed toward a cocoa deficit.

From our side of the candy counter, the idea of chocolate meeting its demise is unimaginable, because every week, we shop for groceries, and every week, the same row of tasty chocolate bars greets us at checkout. From an agricultural standpoint, however, the world has been undergoing a chocolate shortage for years. According to The Washington Post, this is the “longest streak of consecutive chocolate deficits in more than 50 years.”

New research suggests chocolate could disappear by 2050, and no, it's not because you’re eating "too much" of it.

First things first, don’t ever let anyone shame you for eating “too much” chocolate; that’s not a thing. Chocolate knows no numerical restrictions. Plus, Business Insider reports cacao plants are disappearing as a result of warmer temps and dryer weather conditions, so it doesn’t really matter how much or how little you’re eating. The root cause is environmental, but rest assured scientists are doing their very best to save these precious cuttings before it’s too late.

See, cacao plants thrive in very specific environments. Their preferred habitat is a narrow strip of rainforest soil located 20 degrees north and south of the equator. Think California living, where every day is roughly the same temperature. Nice, right? But it’s super limiting. According to the World Agroforestry Centre, a large percentage of the world’s supply of chocolate comes from West Africa. Unfortunately, by 2050, these areas are expected to be so hot that the ideal spots for chocolate growth will be pushed up into mountainous settings (i.e. not so ideal).

To put a stop to a potential chocolate demise, scientists are experimenting with gene-editing technology to keep cacao plants flourishing.

You can’t fight fire with fire, but you can fight science with science. The big-picture issue is that experts are worried about global warming's potentially catastrophic effects, like coastal flooding, wildfires, hurricanes, and, among other things, fungal disease. In 2010, it was reported in Scientific American that two monstrous fungal diseases — witch’s broom and frosty pod — have a reputation of forcing the cocoa bean out of its natural habitat, and if these viruses were to infect West Africa, the plants would be unable to fight back.

The solution appears to be simple: just grow cacao in another environment altogether. But, as previously mentioned, cacao plants can only thrive under very specific circumstances. Ergo, plan B is to make some genetic adjustments to the plant itself.

Sounds fancy, right? That’s because it is. In a nutshell, scientists at the University of California are now collaborating with Myeong-je Cho, director of plant genomics at an institute working under Mars, Inc., to use technology that will tweak the DNA of cacao plants. According to Business Insider, the goal is to ultimately make it possible for these plants not to rot or wilt in environments that aren’t exactly ideal for growth. In other words, cacao plants would be able to muddle through the effects of global warming on their habitat, and we wouldn't lose our beloved decadent treat forever and ever.

To be safe, though, you should probably stock up on your favorite chocolate treats.

In the event that chocolate will disappear in the year 2050, my best advice is to enjoy every delicious bite until about 2049, and then get your butt to a grocery store and stock up.

I can’t be the only one who stores chocolate in their refrigerator, right? Somewhere down the line, I must have convinced myself that keeping chocolate chilled would prolong its shelf life. Personally, knowing whether or not chocolate has actually expired has always been one of those things I'm never all that sure about. When all's said and done, if it still looks and smells OK, I'm eating it.

However, chocolate does go bad, eventually; it might just take a few years. Slate reports that pure chocolate can last a whopping two years or more before it'll make your stomach hurt. This is also true for some of your favorite candy bars that are high in sugar and low in moisture (both key factors to avoiding bacteria growth).

So, even if chocolate production comes to an end in 2050, as long as you stock up a few months to a year beforehand, you could snack on your favorite treat well into 2051 and beyond. Let's all keep our fingers infinitely crossed, though, and hope that we won't ever have to know what it's like to live in a world without chocolate.

More like this
How To Make TikTok's "Secret Rolls" (Hint: The Viral Treat Involves Ice Cream)
By Rachel Chapman
The TikTok Recipe You Should Try, Based On Your Zodiac Sign
By Chelsea Jackson
7 TikTok Recipes Using Ramen To Make Lasagna, Pizza, Smoothies, & More Treats
By Kelly Pau
Stay up to date