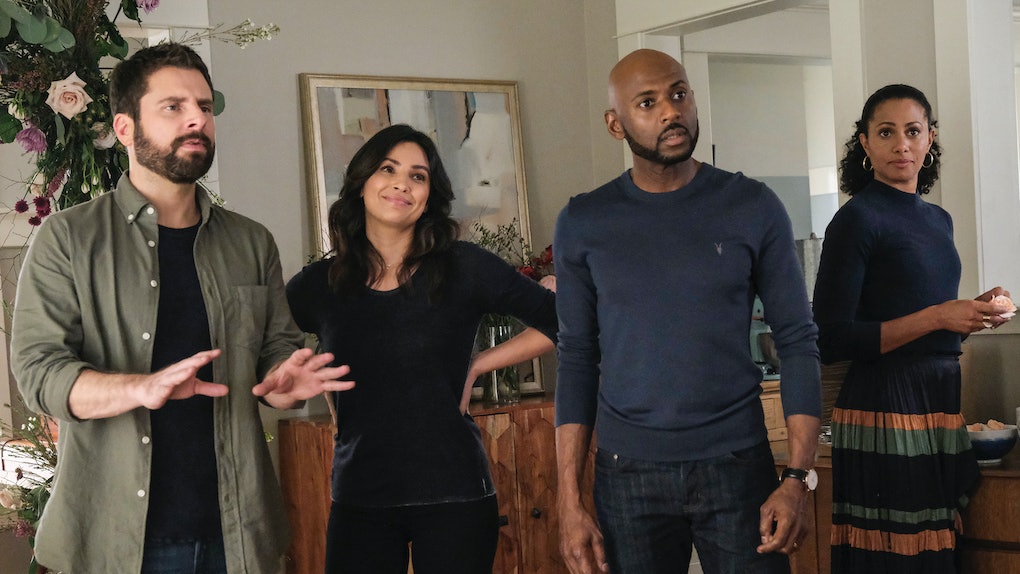 When Will 'A Million Little Things' Season 3 Be On ABC? Here's What We Know

The coronavirus pandemic has put a lot of aspects of life on hold, including the network TV schedule. In order to slow the spread of the virus, social distancing measures required most film and TV projects to suspend production during the spring and summer, leaving fans wondering when their favorite shows will return. Among those shows is ABC's drama-filled A Million Little Things, which left audiences with a doozy of a cliffhanger in its Season 2 finale in March. With a lot left unanswered for primetime TV's favorite dysfunctional friend group, fans want to know when A Million Little Things Season 3 will be on ABC. Luckily, they can rest assured knowing new episodes are in the works and coming soon.

ABC recently announced the fall premiere dates for all the network’s dramas. The seasons are premiering a bit later than they normally would, thanks to the hold-ups the coronavirus pandemic caused. But, according to Deadline, Season 3 of A Million Little Things began production in Vancouver on Aug. 30, and the season is set to premiere on ABC on Thursday, Nov. 19, at 10 p.m. ET.

Warning: Spoilers for the Season 2 finale of A Million Little Things follow. At the end of Season 2, the characters of A Million Little Things were left in various states of turmoil. Gary (James Roday Rodriguez) and Maggie (Allison Miller) decided to remain friends while Gary continues to pursue a relationship with Darcy (Floriana Lima). Meanwhile, Rome (Romany Malco) and Regina (Christina Moses) were devastated by the news their adoption fell through. But perhaps the biggest shock of the Season 2 finale came when Eddie (David Giuntoli) was hit by a truck on his way to renew his vows with Katherine (Grace Park).

Series creator DJ Nash revealed to Deadline that the truck driver who hit Eddie is someone audiences have seen before, so there is a deeper mystery behind the accident. He also hinted at the possibility of Eddie actually dying from the accident, saying, "Next season, whether Eddie is back or not, our group of friends and Eddie’s sister will uncover the truth of what happened."

Nash also hinted the entire cast of characters will emerge from Season 2 seeing the world differently. He said, "I think our group of friends, after what they are going to endure with the way we ended Act 6 of the finale for all of them, is they’re all going to come out of it with a perspective that is unlike anything they had before."

Editor's Note: This post was updated to include the Season 3 premiere date of A Million Little Things.

This article was originally published on Sep. 8, 2020