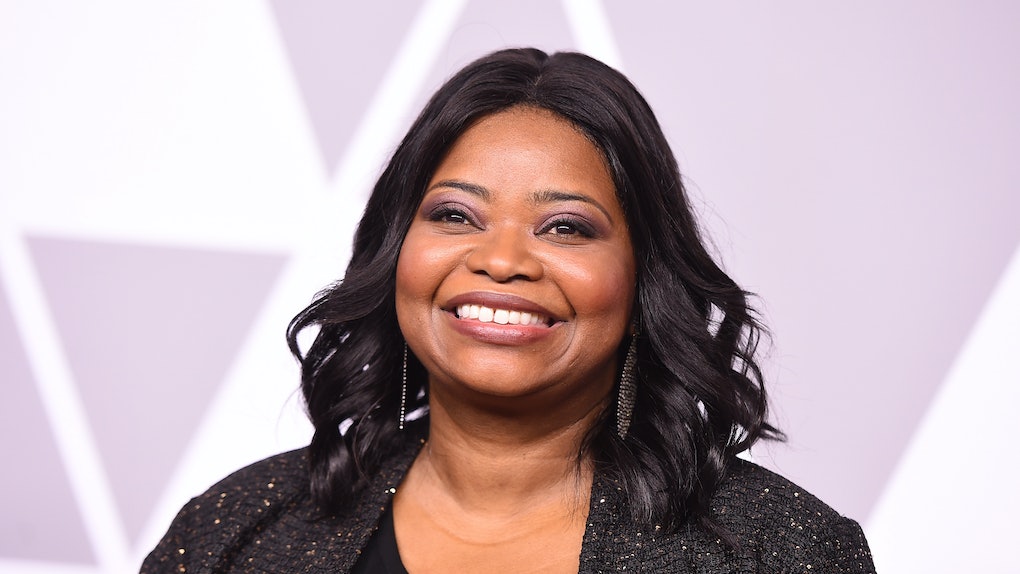 When Does 'Are You Sleeping' Premiere? Octavia Spencer Stars In The True Crime Series

Octavia Spencer can do just about anything in my book. You don't scoop up three Oscar nominations in less than a decade if you have no talent, right? The acclaimed actress's next project brings her to TV in a true crime drama series produced by new Queen of the Universe Reese Witherspoon's company Hello Sunshine (for real though, do you know anything she isn't producing?). Streaming via Apple, the series is based on Kathleen Barber's intense novel Are You Sleeping, and I'm always up for a good book-to-movie adaptation. Since I can't see Spencer in any blockbuster movies right now, when does Are You Sleeping premiere?

There's no official premiere date for the series yet, but it joins other highly anticipated projects at Witherspoon's production company, including a Hulu adaptation of the book Little Fires Everywhere and an Apple series about morning TV starring Witherspoon and Jennifer Aniston. Are You Sleeping joins the ranks of other mysterious thrillers Witherspoon has produced, such as Gone Girl and Big Little Lies. telling the story of a podcast reopening a murder case and threatening to get the victim's daughter dangerously involved.

Well, if we didn't already know that podcasts were here to stay, their role in this book is definitely a good sign.

Variety describes the 10-episode series as an examination of "the nation's long-held obsession with true-crime stories and the recent boom in podcasts dedicated to probing unsolved and disputed cases." If that sounds like the aftermath of Serial to you, it's no coincidence. According to Deadline, Serial creator and host Sarah Koenig will even consult on the series. In an interview with '17 Scribes promoting her debut novel, author Barber said:

I had been listening to Serial, and by “listening,” I mean that I had been listening to the podcasts, visiting the website to look at the supporting materials, searching for Serial-related hashtags on Twitter, frequenting the Serial subreddit, and so forth. When I caught myself conducting a Google image search to see what some of the people involved looked like, I was sort of horrified. I realized I had been thinking about them as characters in an entertaining drama, rather than very real people who were part of a very real tragedy. I generally think of myself as an empathetic person who is concerned with other people’s feelings, and so I realized that if I was doing that, surely many other people were too. And so the first draft of the current version of Are You Sleeping basically started as a way for me to work through my own Serial obsession.

When news of the Apple series came out, Barber shared it on Twitter, celebrating the idea of seeing her characters come to life onscreen:

While Spencer announced her official involvement on Instagram, Witherspoon shared her excitement about producing on Twitter. NBD, guys, but I think Reese Witherspoon is seriously taking over the world of TV.

Are You Sleeping includes two main female characters, murder victim's daughter Josie and investigative reporter Poppy, but it's unclear which woman Spencer is playing. The book lists both women being in their 30s (Spencer is in her 40s), but describes Poppy as a strawberry blonde. Nowadays, I don't think adaptations have to cast actors based on books' descriptions unless physical attributes or age are essential to the plot, so maybe Spencer will don some suit jackets as podcast host Poppy in the series. Whoever plays Josie will likely have to serve double duty, as she has a twin sister, Lanie, who is her closest friend before their father is tragically murdered.

The Good Wife producer Nichelle Tramble Spellman created the show and will work as its showrunner. In addition to being produced by Witherspoon's Hello Sunshine, representatives from Chernin Entertainment will also work on the series.

If Hello Sunshine keeps knocking out book-to-movie adaptations like this, my TBR list will just keep growing. Here's to another TV story highlighting women and all their complexities!