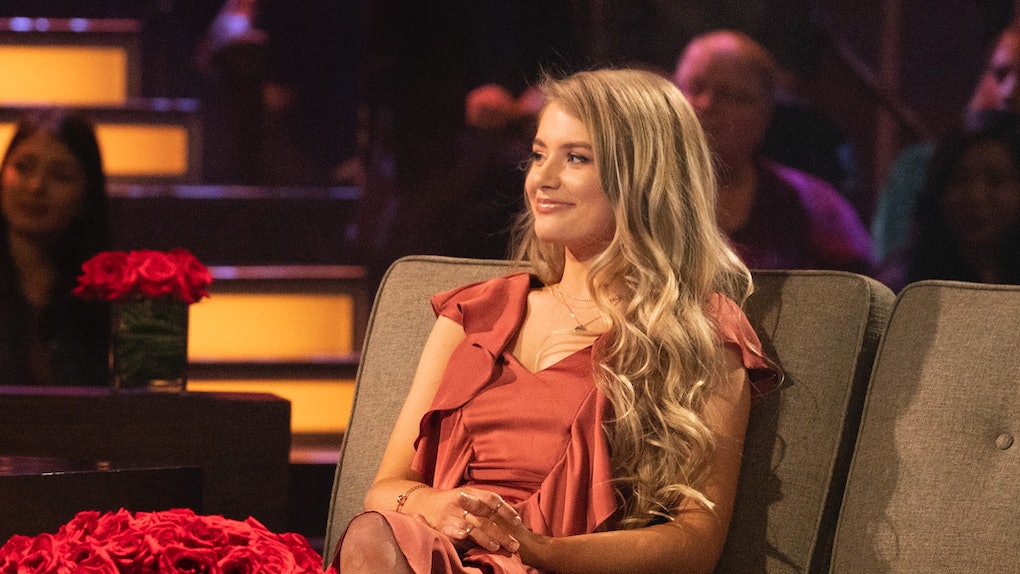 What's Demi Been Up To Since 'The Bachelor'? Here's Everything We Know

If you take Colton Underwood's fence jump out of the equation, one of the most memorable factors of his Bachelor season was Demi Burnett. Always prepared with a witty line or two, Demi also had her more controversial moments, but viewers were definitely entertained by her mansion antics. Now that she's slated to help new Bachelorette Hannah Brown survey her contestants on the Season 15 premiere, what's Demi been up to since The Bachelor?

During her time on Season 23 of The Bachelor, Demi tugged at viewers' hearts when she opened up about her mother's time in federal prison, but this difficult situation wasn't something she dwelled upon. Then a 23-year-old interior designer, Demi clashed with older contestant Tracy about maturity and her decision to pick up a group date rose before Colton gave it out. She then argued with Courtney about being assertive in approaching Colton for personal time. These moments inspired fairly divisive thoughts from fans, but Demi's honesty about her past and her clear love for her friends eventually won fans over.

ABC is still staying mum about who's hitting the beach for Bachelor in Paradise, but fans will still catch Demi on TV sooner rather than later. She'll join fellow Bachelor contestant Katie Morton in crashing the first night of Hannah's Bachelorette season and weighing in on the new crop of men. The two will watch the cocktail party action from a surveillance van outside the mansion, and an ad for the premiere shows the women pointing out the group's cuties and disapproving of cheesy moments. Hannah's Angels at your service!

Since The Bachelor ended in March, Demi has been making the typical reality TV rotation of public appearances and podcast interviews. Her Instagram page details hangouts with other Bachelor alums, trips to music festivals, TV interviews, and even a panel spot at RuPaul's DragCon. In the aftermath of The Bachelor, Demi told Vulture about her future, saying:

As far as where I’m gonna be, I’m constantly flying back and forth from Los Angeles to Dallas. I’ll probably have to move to L.A. What I’m working on now and what I’m interested in doing is growing a YouTube channel. I’ve been meeting with YouTube people and talking about it, so that’s in the works. It’s gonna be so fun.

As for whether Demi will join the Paradise cast before building a YouTube empire, she said to Entertainment Tonight, "I think I need to weigh out all my options. I think it would be easy to get really involved with someone right away, but then it's Paradise, and people can come in later, so what if someone comes in later? I just need to keep it open and play the field."

The Texas native is also confident about Hannah's ability to separate the Bachelorette troublemakers from the men worth her time. "[She needs someone] who's religious and somebody who is a man and isn't scared of anything," Demi told ET. "The 'Beast' needs a strong man, so somebody who can keep up with her."

Here's to Demi and Katie helping their girl out! Season 15 of The Bachelorette premieres on Monday, May 13, at 8 p.m. ET on ABC.