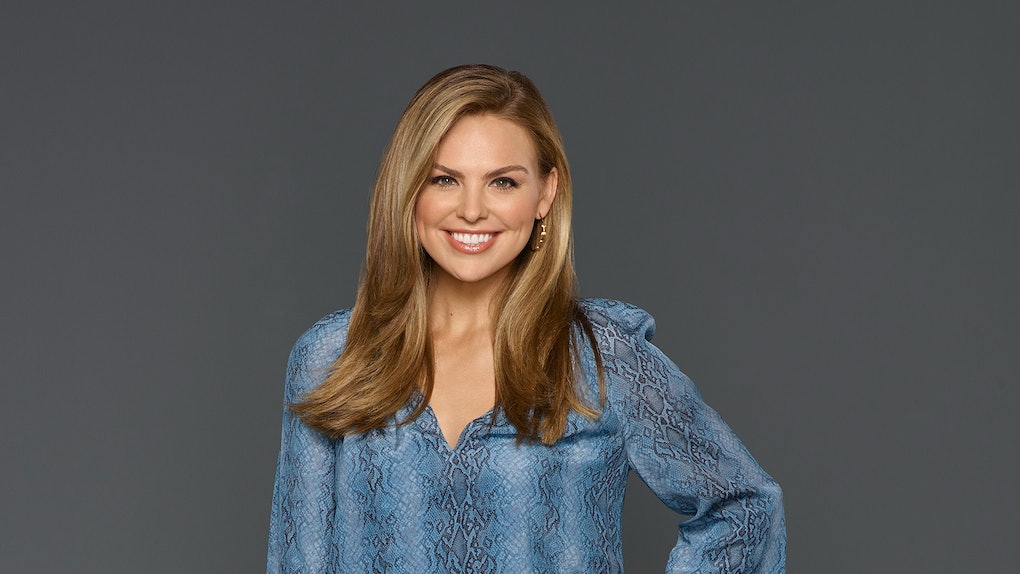 Bachelor Nation has caught up with its past Bachelorettes on a reunion special, and now it's officially time to welcome Hannah Brown into their ranks. The former Miss Alabama's season begins on May 13, and the Bachelorette reunion included the first extended preview of her journey for love. We're in store for tons of drama, but before the men stir up trouble, Demi and Katie will help Hannah during the Bachelorette premiere. TBH, all the leads deserve some friends on the first night of the season, right?

In case you forgot, Demi Burnett and Katie Morton starred alongside Hannah on Colton Underwood's season of The Bachelor. After being one of three women introduced during Colton's preseason appearance on The Ellen DeGeneres Show, Katie laid low on The Bachelor until her elimination. Then, moments before heading into her exit van, Katie warned Colton about other women not being ready for the commitment he wanted. While Katie left a cryptic warning, the often mischievous Demi was more upfront when Colton sent her home, also warning him about certain contestants' intentions. Welp, we all know how that turned out.

Since The Bachelor wrapped, fans probably caught onto Katie and Demi's friendship with Hannah through Instagram posts. Demi also appeared to post a pic of the trio on the first night of Hannah's season, and an ABC ad, as well as the season preview, has now confirmed the ladies were together ahead of Hannah's mansion arrival.

The promo also backs up the previous report that Demi and Katie would spy on Night One shenanigans from a surveillance van. Showing the two women pulling up to the mansion in the van, the footage pokes fun at the retro styling of Charlie's Angels and calls the pair "Hannah's Angels." From the van, they scope out the cuties of the group, who Hannah is digging, and who needs to leave ASAP. Basically, it looks like Demi and Katie will say everything a typical viewer feels during a Bachelorette premiere.

As for Hannah's Bachelorette teaser, we can expect a whirlwind season. According to the preview, things start out light and fun, showing Hannah cuddling up with contestants and enjoying herself on dates. But things turn tense when she confronts the group of men for not knowing much about her or even bothering to ask. "I'm a normal human being trying to be the Bachelorette," she tearfully tells the camera. "And I don't know what to do, and I'm scared."

The clip then rewinds to Night One, offering peeks at men's entrances and first conversations with Hannah. As teased before, one contestant is rumored to have a girlfriend, and the promo includes more of Hannah confronting him. The footage then shows off scenes of international travel, men admitting they're falling for Hannah, and even Hannah telling someone she's falling in love with him.

Of course, it's not The Bachelorette without some men cracking under pressure. Fans also get a sneak peek at the contestants' intense disagreements with each other, setting up "After the Final Rose" participants Cam and Luke P. as potential villains. "Love can be messy," Hannah says in a voiceover. "But I want someone to fight for me. That's what I deserve."

Before we see if Hannah finds her happy ending, here's hoping Demi and Katie help her weed out some troublemakers. Season 15 of The Bachelorette premieres on Monday, May 13, at 8 p.m. ET on ABC.