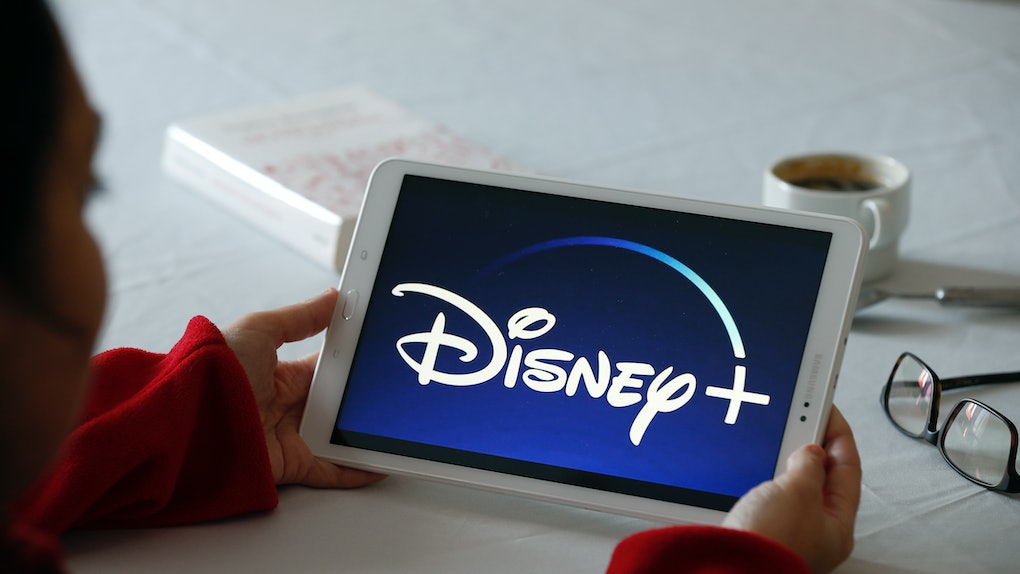 What’s Coming To Disney+ In December 2019? Here’s The Full List Of Movies & Shows

Disney+ is already making a lot of noise with plenty of amazing titles available and some real #TBT Disney Channel movies that all '90s kids remember like they were yesterday. At launch, the platform had so many titles, people's heads were already spinning. But it just gets better, because what's coming to Disney+ in December is going to make you even more excited. If you haven't joined or gifted yet, get ready to sign up.

If you get hyped thinking about watching all of the Disney movies, you'll lose it over the list of titles that will start coming to Disney+ from Nov. 27 through December. The list is pretty extensive, and you'll want to jot down the dates for titles you're just dying to see. Nov. 27 sees the release of its first new addition, The Little Mermaid: Live, which debuted on ABC earlier this month on Nov. 5. Shortly after, titles coming to Disney+ will include Coco in both English and Spanish, new episodes of The Mandalorian, Thor: Ragnarok, new episodes of High School Musical: The Musical: The Series, and Alice Through The Looking Glass.

Haven't signed up for Disney+ yet? The streaming service from Disney offers a seven-day free trial to test out the platform and see if you want to subscribe. If you choose to become a member, it costs $6.99 a month or you can choose to pay for the full year upfront and save a bit of money by a one-time payment of $69.99.

In addition to the titles coming to its platform in December, Disney+ will be adding more originals in the future, and you won't be able to watch those anywhere else.

The full list of titles coming to Disney+ in December is as follows:

The Imagineering Story — "Hit Or Miss"

The World According to Jeff Goldblum — "Denim"

Forky Asks A Question: — "What Is Time?"

One Day At Disney

Encore! — "Annie Get Your Gun"

The Imagineering Story — "A Carousel of Progress"

The World According to Jeff Goldblum — "BBQ"

Forky Asks A Question: —"What Is Love?"

Alice Through The Looking Glass

The Imagineering Story — "To Infinity and Beyond" (FINALE)

The World According to Jeff Goldblum — "Gaming"

Forky Asks A Question: — "What Is A Computer?"

While Disney+ is still a bit "behind" when compared with Netflix's whopping library of titles — 3,900 movies and over 1,800 TV titles — at launch, the company did have 500 movies and 7,500 episodes of television, which amount to under 800 unique titles, per Decision Data. With the continual additions, though, Disney+ will soon be catching up.

More like this
This Video Of Disneyland's Marvel's Avengers Campus Is Super
By Cianna Garrison
Emma Stone's 'Cruella': Premiere Date, Trailer, Cast, Plot, & More
By Abby Monteil and Dylan Kickham
Here's How To Stream 'Nomadland' So You Can Finally Get The Hype
By Rachel Varina
Stay up to date