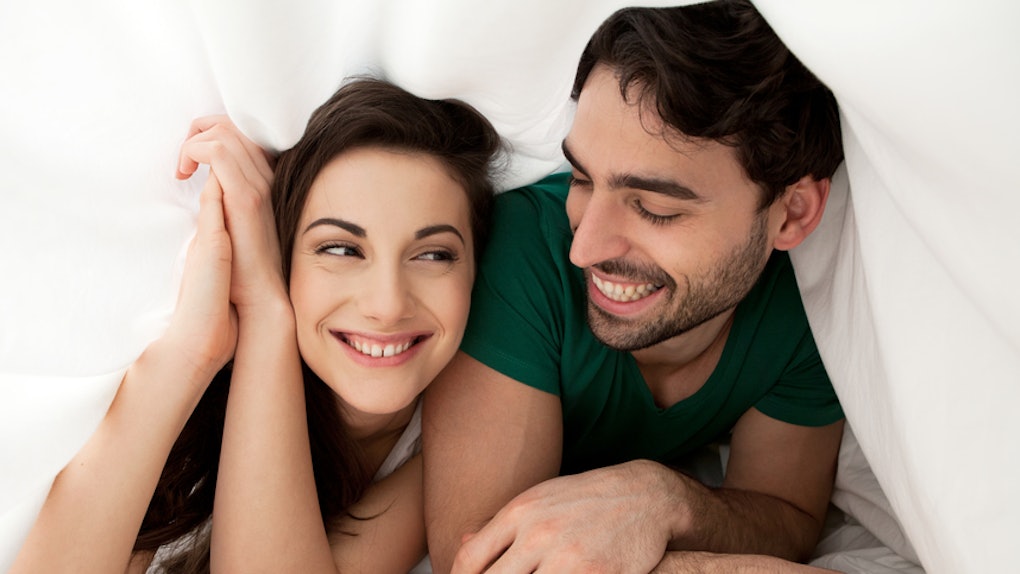 What Your Boyfriend's First Weekend At Your Family's House Will Be Like, According To Guys

The first time I had a boyfriend stay over at my family's house, my parents insisted he sleep in the guest bedroom even though I was 22 years old at the time and had been away at college for four years. It was the first time I'd ever thought of my parents as being conservative but I didn't really question it. Four years later, they still have the same rules when it comes to sleepovers. I find this especially odd since I no longer live at home and even lived with a boyfriend for about a year but that's another story for another day. Your boyfriend's first weekend at your family's house might not be perfect but, together, you can get through it.

For me, that meant texting my boyfriend good night from across the hall — insert eye roll here. I also made an effort to be around whenever he found himself trapped in the kitchen or family room with my parents. He was constantly worried that he wouldn't be able to make conversation with them because he didn't know them that well and even more concerned that my mom's rescue dogs absolutely despised him. It took a few months and a couple more visits for things to get easier but now, several years after we've broken up, he's still close friends with my parents. In fact, he probably sees them more often than I do since I moved away.

Even if your boyfriend doesn't immediately make friendship bracelets for your siblings, there's still hope that they'll eventually get along with each other. If not, you'll at least get a funny story out of it like these guys did when they stayed with their girlfriends' families for the first time.

Now I get why the Royal Family isn't allowed to play Monopoly.

I'm at my girlfriend's house for [I think] the first time and we're playing a game called Cranium Conga, where someone writes a word, gives the rest of the players the first letter, and everyone at the table must guess what the word is. My GF's mom had us pretty stumped on one word that started with a 'P' and we kept going around and around the table. The game piece has a built in timer, so you must guess the word as soon as possible, and if you can't guess in time, you lose. I couldn't think of any more words with a 'P', as we had said guessed about a hundred already. In a panic, I shout out the only word i can think of--"PAP SMEAR?"---the table just goes silent. Needless to say, I lost.

My first time staying with my girlfriend's family was weird. I had to sleep in her brother's room. He doesn't live there anymore — thank God — but he still hated me so I felt uncomfortable the whole time. To make things worse, I woke up before my girlfriend did and I felt trapped in my room because I didn't want to go out without her being there.

I think we'll all pee a little quieter, now.

Not incredibly embarrassing, but it has stuck with me ever since. I was 19-years old and was staying at my girlfriend's parents house during the holidays. I woke up in the middle of the night to use the restroom. The next morning my girlfriend asks me if I slept ok? I said yes, why? "Well I heard you going to the bathroom. I'm pretty sure the whole house did" she said with a chuckle. To this day I am very sensitive about the noise I make when using the restroom. I immediately aim for the side of the bowl and have done so for 30 years now.

More bathroom horror stories? Why not?

Ugh, when I was in college I had IBS (irritable bowel syndrome). Every time I ate a meal, I had to poop afterwards. Sometimes, they were violent and uncontrollable. Fast forward to my senior year. I travel down to Florida to visit my GF and her very proper family (I'm from Ohio). She grilled me on table manners, what to say, what not to say blah blah blah all that stuff. Well, I had been acing the entire trip. Her mother liked me. I watched the Rose Bowl with her step dad (Texas vs USC), he was stoked that he could finally talk football with someone. Her little brother and sister? Wrestling around with them in no time. Then, her mother decided to cook a 'traditional' meal one night. Halfway through the meal it hits me: a stage 5 shit just dropped into my bowels. I politely excuse myself and find the bathroom furthest from the dining room. It didn't matter. The house was ranch style with stone floors and a layout perfectly enhancing the acoustics of what was about to happen. Once I returned to the table her mother asks,"was it my cooking?" We spoke about my IBS for the rest of dinner. FML.

This guy had way better luck with the family dog than my boyfriend did.

So over Christmas I visited my girlfriends parents and her little brother for the first time. It was a little awkward sitting in the living room with them all (as these things are), and even more so because their family dog was laying on the rug licking his balls. To try and break the ice I pointed at the dog and said 'I wish I could do that' - To which my girlfriends mother replied 'give him a chocolate biscuit, he might let you'...

My girlfriend at the time, we met abroad, dated coming home and did long distance for awhile. She was born in Russia, and her father was VERY russian. They spoke only Russian to each other, not english. We were both on break from college and flew into where her dad lived, and picked us up. First time ever meeting him. They spoke russian the entire ride from the airport to his house. I would hear my name occasionally and nothing more. He is somewhat shy, but as a full Russian dude, that's incredibly terrifying. Barely spoke a word to me the whole first day/night I was there. The 2nd night at dinner he brought out a bottle of vodka and only 2 shot glasses, 1 for me and 1 for him. I think we had 6-7 shots during the meal, several more after dinner. After that dinner, we were best friends.

Don't worry. Not everyone's experience sounds like the script of the next Meet The Parents movie. Some guys have had pretty awesome luck staying with their girlfriend's family.

This guy sure feels at home.

I loved staying with my girlfriend's family for the first time because we're long-distance and she still lives at home. It was like getting to know her better. Plus, I blend in well in any social situation and moms love me. I feel like I'm just part of the family.

As intimidating as it can be, staying with your partner's family for the first time is a great way to learn more about the person you're dating. If all goes well, this can be a turning point in your relationship that makes you feel more connected with each other.