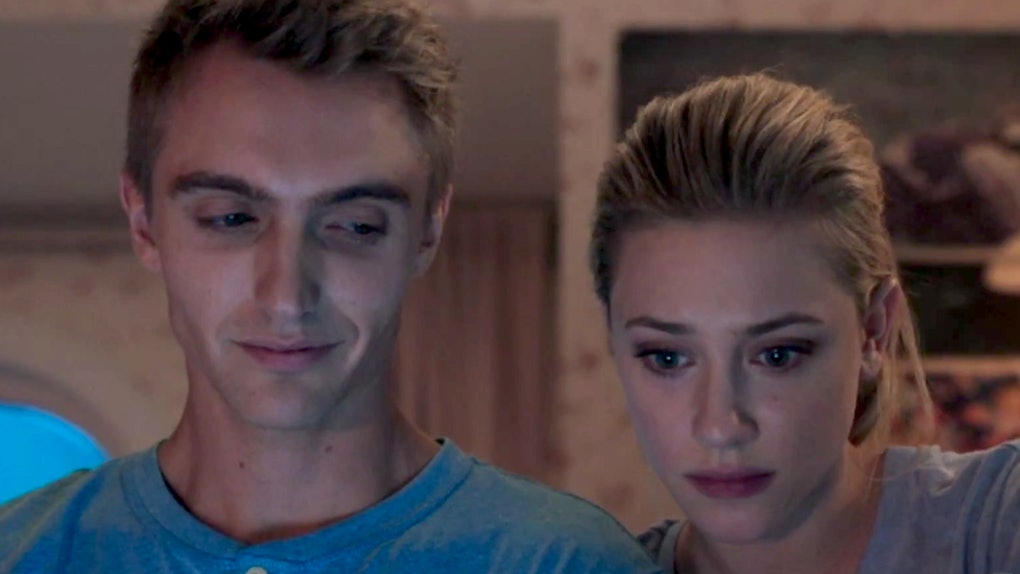 What Will Betty And Chic Do On 'Riverdale'? Betty's Darkness Is On The Rise Again

Riverdale has given us tastes of Betty Cooper's mysterious inner darkness for a while, but now it looks like we are finally going to see Betty unleash her ruthless, black-wigged alter-ego for a second time. Full dark, no stars, as Veronica so eloquently put it. Now that Betty has tracked down her long-lost brother Chic and found out that he also struggles with an inner darkness, it sounds like he is going to unlock that dark side in her once again. It all comes to a head at the end of Riverdale's new episode, which leaves us asking what will Betty and Chic do? The cliffhanger between the reunited brother and sister is very unnerving, so let's try to unpack it!Spoiler alert: Don't read on until you have watched Riverdale Season 2 Episode 11, "The Wrestler."

Now let's get to that ending scene, where we see Betty and Chic getting up to something suspicious. First, Chic reveals that he creepily stared at Betty while she was sleeping in the last episode, saying that he did it because he couldn't understand why someone would be so nice to him. I mean... I don't really know if that is the best reason for sneaking into someone's room and watching them sleep like that, but I guess it's good that he came clean about that, since it definitely was coming off as a red flag about Chic.

Chic opens up to Betty even more, explaining that he doesn't only do this webcam work for the money, but also because it's a way for him to escape from his own inner darkness. Then Betty asks him to show her how he can do that...

CHIC: "It's a way of getting away from the darkness I feel inside me too."

BETTY: "Can you show me how to do that?"

The pair open up Chic's laptop and we are left with the brother and sister duo cast in the warm, bluish glow of the screen, and a quick smirk from Chic. Hmmm, so what exactly is this scene setting up? Well, Lili Reinhart has already teased that Betty and Chic will bond over their shared darkness, and even interestingly brought up mental health issues in regards to their bond.

With the laptop lit up on their faces and Betty's request for Chic to show him how he deals with his issues, what seems most obvious is that Chic is introducing Betty to the world of webcam porn. We already know that Betty's dark side can exhibit itself in sexualized ways: remember that seductive "Mad World" karaoke performance a couple episodes back? With Chic influencing her further, we might see Betty experimenting with the webcam like her brother has done. Hmmm, that certainly does not sound like a great idea... I guess we will have to wait until next week to see how dark Betty and Chic are going to go.