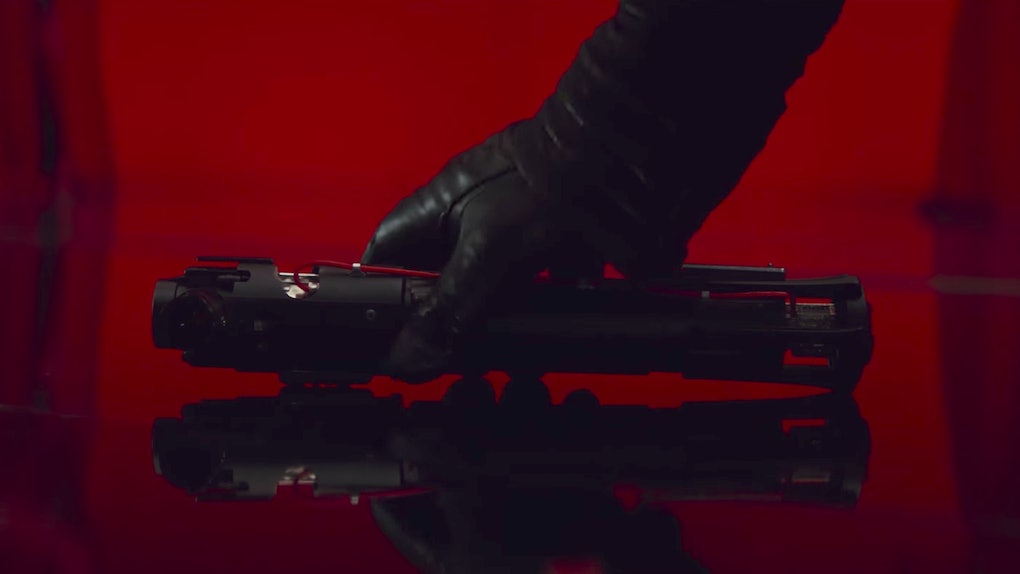 One of the best scenes in Star Wars: The Last Jedi is the Yoda cameo, when he arrives once again to give Luke words of wisdom. Yoda also helps Luke burn the Jedi texts and Force tree to the ground when his former apprentice hesitates. This could be taken as a metaphor for the whole film's premise. Fans loved The Force Awakens, but the detractors complained that it was too much a remake, beat for beat, of A New Hope, just with the characters all in different slots. (Seriously, Han Solo grew up to become Obi-Wan. Think about that.)

But The Last Jedi is no Empire Strikes Back remake. Rian Johnson burns it all down and lets go of the past. It's time to forget the Skywalkers. Ben Solo is dead, now fully transformed into Kylo Ren, while Han was killed in The Force Awakens and Luke now appears to be gone for good as well. It seems obvious that the plan originally was to lose the characters from the first movie one at a time, with Leia passing at the end of Episode IX. But since Carrie Fisher has passed and Lucasfilm will not digitalize her for the final film, that leaves the new generation to carry on the fight.

But the real change comes from leaving the Skywalkers behind. Kylo says several times to burn the past, meaning his parents, his father's death, the pain of Luke's betrayal... all of it. Leia says it too, that her son, Ben Solo, is dead. He is fully Kylo Ren now, no longer a Skywalker.

Kylo says the same line of "leave the past behind" to Rey. When he says it, he means that she should leave her past of being a nobody behind. He lived the life of privilege, the son of a war hero and a princess. She lived a life of poverty, of want, of being downtrodden, the child of junkyard traders who traded her away for money. Now they can leave all of that behind, and she can step up and rule by his side.

She may be nobody, he tells her, but not to him.

But Kylo is wrong. Rey may have come from nothing, but by virtue of her abilities, she's now someone. By the time she's finished, the entire galaxy will know her name. She once was nobody, but it's the nobodies like her, the downtrodden, the child slaves, who will grow up and take over the Resistance. It's the kids who sweep out the barns in places like Canto Bight, where the rich and the war profiteers never notice them, who will stand up one day and overthrow the fascist regime and repression of the First Order.

That's the real takeaway from the series. Note how the kid at the very end is seen staring out to the horizon, just like Luke always did. Finn and Rose failed their mission as stated. They did not bring back Maz's codebreaker for the Resistance, they did not disable the the tracker in time. But their trip wasn't for naught. Their actions inspired the next generation, who are already telling each other the stories of the heroic Resistance. One day, it will be them.

Luke will not be the last Jedi, as he tells Kylo Ren. But his successor, Rey, is more than just the next powerful figure in an ancient order that will rise again. She's the symbol of the Resistance, and when Leia passes she, along with Finn and Poe Dameron, will be their leaders.

They're not Skywalkers, but they don't have to be. It's not the name that lights the fire of hope. It's the deeds.