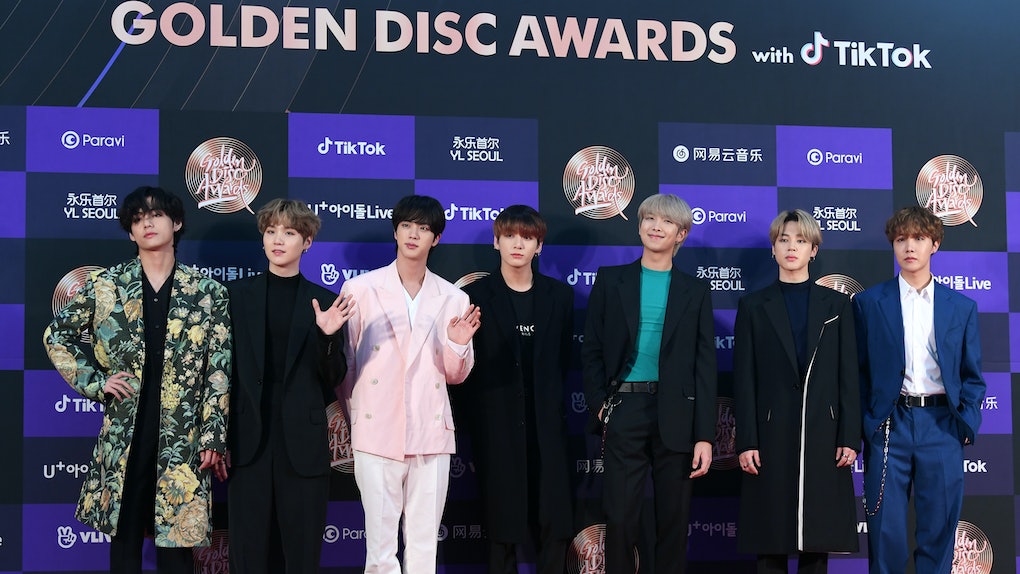 What Songs Did BTS Produce On 'BE'? They're ALL OVER The Credits List

Time and time again, the boys of BTS continue to prove they are mega talented. Not only are RM, Jin, Suga, J-Hope, Jimin, V, and Jungkook brilliant performers, they are also gifted in other areas as well, including songwriting and producing. Now that their latest album, BE, is finally here, fans got a look at all the hard work the group put into making the record, and for those wondering: What songs did BTS produce on BE? The answer is so impressive.

BTS announced on Sept. 27 that their new album, BE, would be dropping soon. The reveal came months after the group confirmed in April that they were officially working on new music. "I'm not sure if I can say this casually like this, but as many of you may have guessed, we're going to be releasing an album," RM told fans during an April 17 livestream, shortly after their Map of the Soul world tour was canceled due to the coronavirus pandemic.

The boys later explained in a post on Weverse that they planned to be more involved than ever in the process of creating this album. "This album is made more special by direct involvement from BTS in not only the music, but from the concept and composition to design," they wrote. "You will discover throughout the album the thoughts, emotions, and deepest reflections of BTS while experiencing an even richer musical spectrum."

Luckily, the outcome of their hard work — a flawless album — is just what ARMYs got on Nov. 20. Thanks to the boys' dedication to their art, fans are once again in BTS music heaven. Take a look at the songs the boys contributed to behind-the-scenes below.

"Life Goes On" is the group's lead single off BE, and Suga, RM, and J-Hope are all credited on the track. When BTS revealed the tracklist for BE on Nov. 10, they shared, "Life goes on/ Like an echo in the forest/ Like an arrow in the blue sky/ On my pillow, on my table/ Life goes on like this again," which turned out to be lyrics from the song's chorus.

Jungkook, meanwhile, is credited as the director of the "Life Goes On" music video.

Rm, Suga & J-Hope helped produce this tune about the challenges of feeling lonely during the pandemic and wishing the people you love could come over.

V used his lyricism and composing talents to produce the album's darkest track with a profound message about life amid the pandemic.

As if RM and Suga hadn't already done enough, they are both credited on this song as producers as well, along with Jungkook.

J-Hope, RM, Suga, and Jimin all worked on this song with an impactful double meaning.

J-Hope, Suga, RM, and Jimin are credited on "Stay," a track that was originally meant to be on Jungkook's highly-anticipated mixtape.

More like this
What Do BTS' "Film Out" Lyrics Mean In English? They're About A Past Relationship
By Michele Mendez
17 Times Singers Dissed Their Exes In Songs & Left Everyone Shook
By Corinne Sullivan
10 Taylor Swift Songs To Listen To When You’re Falling In Love
By Rachel Shatto
Stay up to date