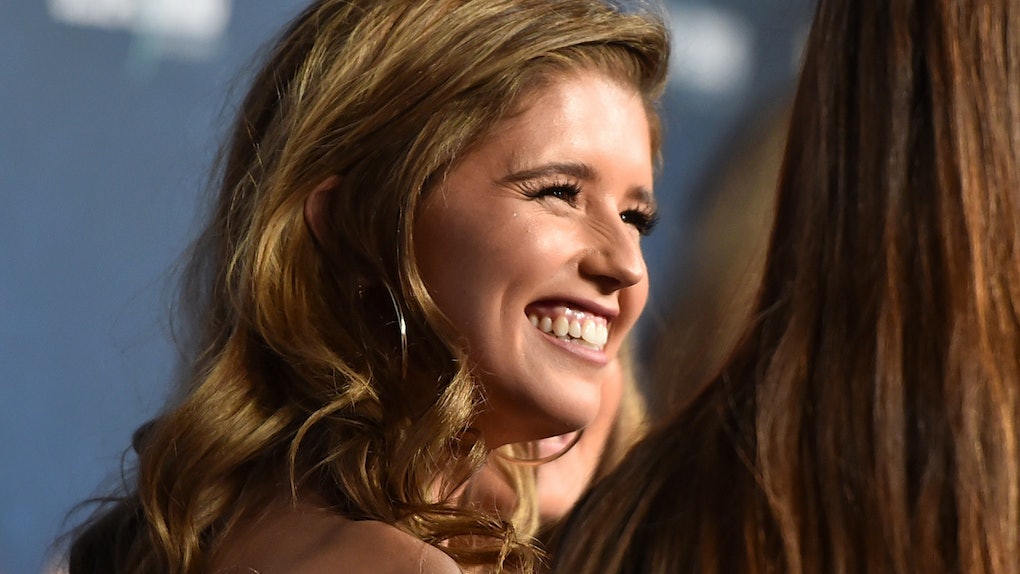 After what seems like a whirlwind romance, Katherine Schwarzenegger and Chris Pratt are officially engaged. If that seems like it happened quickly, that's because, well, it kind of did. Rumors that these two were dating only started back in June 2018, when they were spotted on a romantic picnic in Santa Barbara. Flash forward six months later and the couple announced on Instagram that they were getting married. Pretty wild, right? If the speed at which their relationship evolved tells us anything about what Katherine Schwarzenegger is like as a partner, it’s that she must be pretty fantastic, which actually is not all that surprising when you consider what dating a Sagittarius is like — that is, if you can get one to stand still long enough to be willing to settle down. It looks like Pratt did just that.

Schwarzenegger was born December 13, 1989, under the astrological sign of Sagittarius. If you have any familiarity with this sign, you know these folks are intoxicating to be around. This is a fiercely independent sign, full of optimism and good humor. The only thing you really need to worry about is that they tend to be a bit fickle, so they can breeze in and out of relationships quickly. Here's what else we can guess about what Schwarzenegger is like in a relationship based on her zodiac sign.

She falls in love quickly.

Fire signs like Sagittarius usually have the energy to match their element. They live their life with a verve and passion that makes them irresistible. They also tend to fall in love quickly, since they don't feel any need to hold back their passion and excitement. Love, after all, is an adventure, and this is a sign with an truly adventurous spirit. But it also means that, by burning brightly, their romances also burn out quickly. That is, until they find the right person who can both give them the love and affection they need to stay interested but don't try and smother them.

She’s honest to a fault.

Despite their truly kind hearts and optimistic spirits, Sagittarians are seriously lacking in the tact department. You will never have to wonder what’s on their minds because they are more than happy to volunteer it, even when others would find what they have to say to be too harsh. Don’t expect this sign to sugar-coat anything, and they would be happy if you would return the favor. So, if you're going to love a Sag, be prepared to thicken up your skin.

Being with a Sag is the epitome of easy-breezy. This wild at heart sign prefers to just go with the flow. They will resist anyone who tries to rigidly plan their life, but instead they want to take on life’s adventures as they come. They crave new and thrilling experiences, so there is never a dull moment with this sign. If you are looking for a partner who is truly up for anything at a moment’s notice, you’ll find a soulmate with this sign.

She's independent and always has her own thing going.

For folks who want a partner who is happy just being in a supporting role, then Sag is not right for you. This is a sign whose independence means they always have their own thing going, their own goals, their own ambitions — and they aren’t asking for permission to pursue them. In fact, trying to limit this sign’s horizons or domesticate them is the quickest way to see them slip out the door for good.

Honestly, it’s easy to understand why Pratt was swept off his feet by Schwarzenegger and why the two got engaged so quickly. As anyone who has ever had the pleasure of falling for Sag knows, when it comes to this sign, once they have your heart, it’s almost impossible to let them go.