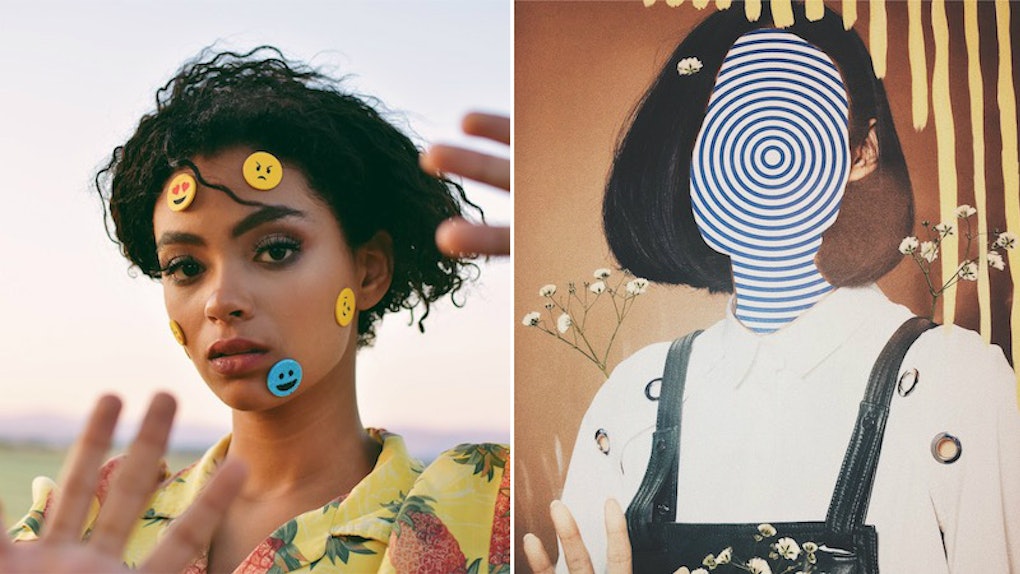 What Is VSCO? The Photo Editing App Doubles As A Creative Outlet For Your Mental Health

When was the last time you took a few minutes to check in with yourself? Physical health issues are generally easy to spot, but the signs that indicate your mental health may be suffering can be more subtle, and the longer they go undetected, the harder it can be to address them. If you can take even just five minutes out of your day to really be honest with yourself about how you’re feeling, you can figure out ways to cope during a difficult mental health moment, like focusing on a passion project instead. For example, VSCO is both a photo-editing app and a creative outlet for your mental health, particularly in those moments when all you want to do is work with your hands to shift the focus away from your thoughts. Imagination and creation are two very powerful tools, and trust me, with this level of technology, you don’t have to be a natural-born Picasso for art to influence your mental health in one way or another.

To clarify, the World Health Organization (WHO) defines mental health as “a state of well-being in which every individual realizes his or her own potential, can cope with the normal stresses of life, can work productively and fruitfully, and is able to make a contribution to her or his community.” In other words, mental health refers to your ability to go through your days feeling generally good, as well as your ability to cope with everyday stressors.

On Oct. 10, 2018, people around the globe will celebrate World Mental Health Day to raise awareness about psychological health issues. According to the National Alliance on Mental Illness, one in every five U.S. adults experiences a mental health issue each year, making up 18.5 percent of the population. What's more, WHO states that half of all mental illnesses develop by the time a person is 14 years old.

It's heartbreaking that so many people struggle with these issues. But there's a silver lining — and a whole lot of beauty — to be found in the way people cope with their mental health.

The relationship between social media and mental health is complicated. On one hand, outlets like Facebook, Snapchat, and Instagram have all been linked to increased feelings of depression, anxiety, FOMO, and poor body image, according to research published by the Royal Society for Public Health. On the other hand, other social media platforms, like VSCO, offer users an especially unique experience to tap into their creativity. An app like VSCO allows you to create, share, and use features like pixelations, editing tools, filters, and more to perfect a masterpiece that speaks to your authentic self.

The idea of exposing the authentic self, according to Heather Senior Monroe, MSW, director of program development at Newport Academy, is what makes creative therapy so effective. "Described as 'flow experiences' by positive psychologists, times of focused creativity help relieve stress and build emotional resilience," Monroe tells Elite Daily over email.

This is because art therapy goes beyond words, she explains; it doesn't require you to only think with your rational mind. By tapping into your most authentic self, Monroe adds, creative expression "supports self-knowledge, builds self-esteem, and offers a healthy way to process emotions and past traumas."

Unfortunately, though, the authentic self tends to get lost in translation on most social media platforms. Greg Lutze, the co-founder of VSCO, says that many people, especially younger generations, are more afraid than they are willing to be honest and try new things on social media, because they often feel pressured to post whatever’s going to get them the most "likes." But, unlike outlets like Facebook, Twitter, and Instagram, VSCO isn’t solely a social media app; according to Lutze, it was built for creators, by creators, to value not only the people who create, but their creative process as well.

“We wanted to create a space that championed creativity for the sake of creativity,” Lutze tells Elite Daily. “We designed [VSCO] very intentionally from the beginning without public likes and comments, which separates us from more traditional social platforms.” Instead, Lutze says, VSCO offers creative minds the chance to express themselves without fear of judgment, with features like mobile photo-editing tools, presets, and even educational content to both inspire creators, and encourage them to try new things they may not have experimented with on other platforms.

In honor of World Mental Health Day, VSCO reached out to its global community of users — 73 percent of whom are under the age of 25 — to get a better understanding of how they use creative expression as an outlet for processing their own mental health struggles. VSCO has shared some of those inspiring insights with Elite Daily.

One VSCO user expressed that having a creative outlet helps them break down their mental state “into tiny pieces,” so that whatever they’re feeling in the moment seems a little less overwhelming, and gives them the chance to not only understand what they’re feeling, but realize that it’s OK to feel that way. Another user agreed, explaining that, when they exert their energy into something creative, it gives them the opportunity to see the issue from “a different, comprehensive perspective” before returning to it and reacting “accordingly."

Based on the users' World Mental Health Day responses, it seems that having a creative outlet to fall back on during hard times is not only beneficial in helping you gain some perspective, but it can also help you develop a sense of belonging in the world. One user said their “whole world opened up” when they bought their first camera, because suddenly, they had “a new form of expression,” not to mention a new world they could travel to whenever they needed that brief escape.

Another photographer admitted that being in public often makes them feel self-conscious — but when they’re taking pictures, the VSCO user said, the worry and paranoia fades, because rather than being so focused on their own thoughts, they feel connected with their surroundings instead.

Clarissa Silva, a behavioral scientist, relationship coach, and creator of the Your Happiness Hypothesis Method, tells Elite Daily she’s seen firsthand how engaging in creative practices has helped her own clients reduce their stress and anxiety levels, feel more positive emotions, increase their levels of self-esteem, concentration, and their overall happiness. This is because, when you’re doing something creative, Silva explains, your brain releases the happy hormone dopamine, aka an all-natural, physiological antidepressant. Of course, writing in a journal or painting a picture shouldn’t take the place of seeing a therapist or taking medication if necessary, but if you are going through something right now and need to blow off some steam, why not consider celebrating World Mental Health Day through creative expression?

“We live in a world that is attention-draining,” Silva explains, and creative activities can help you eliminate that sense of constant demand for a few moments so that you can solely focus on yourself. Things like coloring, drawing, and painting all have “therapeutic value and improve mood immediately,” Silva points out, but she also suggests cooking, photography, music, and even cake-decorating to improve your mental well-being.

So, on Oct. 10, schedule time for yourself to sit down, turn on some music, and create a masterpiece. You don't have to be an artist, and nothing has to be perfect. Just let your hands work, and your mind relax.