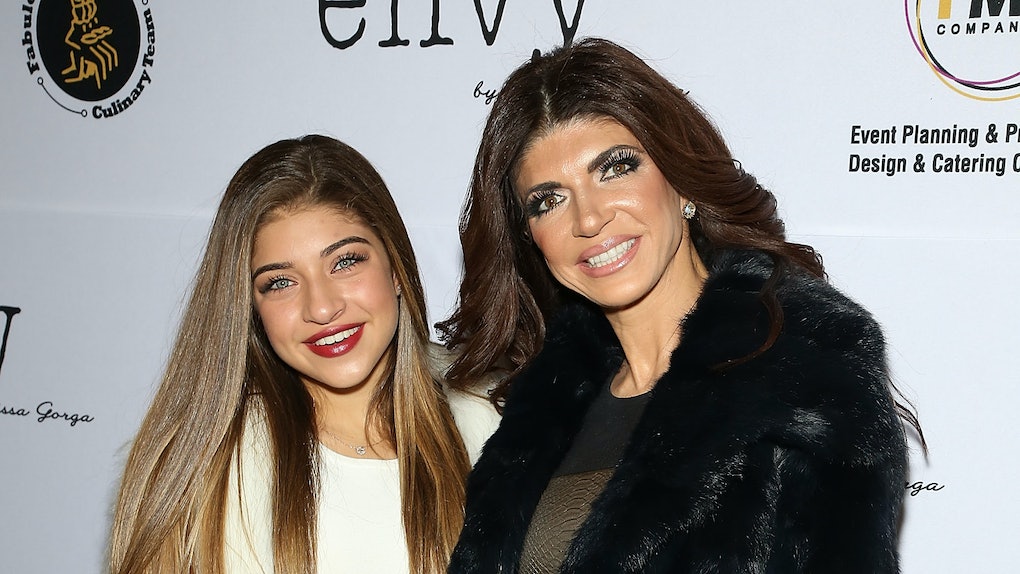 What Is The "Waking Up In The Morning" TikTok Song? There's A Wild 'Real Housewives' Connection

"Waking up in the morning" on TikTok has taken a bizarre turn, thanks to a viral song that's making the rounds on the app. If you've heard the seemingly random audio sample of a crying child singing a very sad song, you might be wondering: What is the "Waking Up In The Morning" TikTok song? The viral song has a pretty random reality TV connection that'll make you feel nostalgic AF.

It's almost impossible to go on TikTok without stumbling upon one of "Waking up in the morning" videos, which show people reminiscing about mistakes they made during their childhood as the track plays. As of March 30, the accompanying sound — which was uploaded by TikTok user Amir Yass on Jan. 10 — has been used in more than 294,000 videos. The #WakingUpInTheMorning tag has 285 million views.

Chances are you might not immediately recognize the audio track, which features a little girl crying and singing, "Waking up in the morning, thinking about so many things. I just wish things would get better" — that is, unless you're an OG Real Housewives of New Jersey fan.

It turns out the "Sad Song" is from a September 2011 episode of Jersey Housewives where Teresa Giudice, an original RHONJ cast member, is arguing with her brother, Joe Gorga. During the episode, Teresa's daughter Gia Giudice starts crying and memorably breaks out into song to express her ~feelings~ about the family feud, singing, "Waking up in the morning, thinking about so many things. I just wish things would get better, I’m trying to get rid of them but nothing seems to stay the same. Woke up in the morning doing my hair, makeup, getting my clothes on. Walking into school thinking of what is going to happen. Oh whoa."

The family tension in the episode was very real, but TikTokers haven't been able to resist using the song as the perfect backdrop for sharing embarrassing childhood memories.

In light of the track going viral, Gia, now 20, lip-synced a TikTok to her own tune, and she took a moment to fangirl over the fact that rapper Cardi B is a big fan of the song.

On March 26, the "Up" singer posted a clip of the OG track from the Real Housewives clip on Twitter and wrote, "Thinking about deleting this app until I drop my next little project ...but then again where I’m going to hear 'wakin up in the morning thinkin about so many things I just wish things will get better'?"

Gia quickly retweeted the posts and wrote, "this is unreal!! CARDI I’m in Bahamas let’s meet up."

The now famous "Sad Song" was also used by Will Smith in an Instagram video, so it's safe to say this decade-old tune definitely is making the rounds. Only time will tell what other megastars get in on the trend, but in the meantime, you can head to TikTok and use the audio to partake in one of TikTok's most relatable challenges by sharing a not-so-great moment (or five) from your childhood — all set to the most fitting soundtrack, of course.