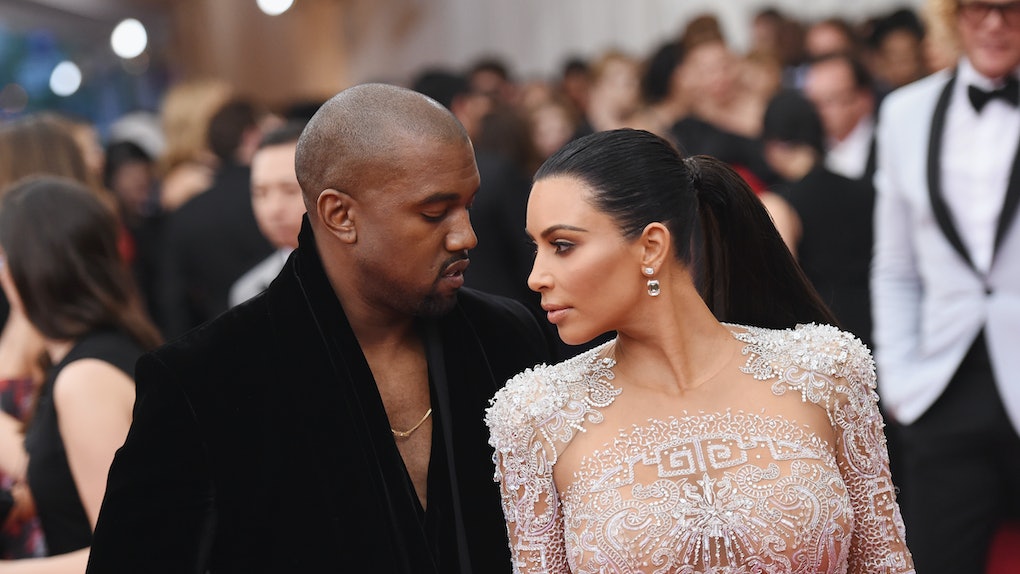 By now, you've heard the glorious news. Baby Kardashian-West has reportedly arrived, and the world could not be happier. We've been waiting oh-so-patiently (read: feverishly) for the baby girl's arrival, and the day has finally come. The news was confirmed with a post on Kim Kardashian West's app. Now, fans are wondering what is the name of Kim Kardashian's third baby?

Update: On Jan. 19, Kim announced that the baby's name is Chicago West.

Earlier: It's been a long journey to this day, as Kim famously suffered two difficult pregnancies with North and Saint. As rumors began to circulate that Kimye was considering going the surrogate route, Kim confirmed the decision in a Keeping Up With The Kardashian's promo. Since then, it's been the longest nine months of the public's life waiting for her third baby's big debut.

In an emotional post on her app, Kardashian shared the good news. She wrote,

We're so in love.

Not too long ago, Kardashian revealed that she and hubby West had no idea what to name their new bundle of joy. During a visit to her friend Ellen DeGeneres' show, Kim revealed she had her baby shower guests write down a bunch of name ideas to see what stuck. She said, "We're freaking out. We have no name."

But, she did have some guidelines. Kardashian broke down what she is looking for in a name, saying,

At this point, that's all we really know. Kim K and Kanye have not commented on the birth of their baby yet, so fans will still have to wait for answers.

During Kim's visit to Ellen, the host suggested using her baby name generator tool to come up with some options. "Lip-Kit West," "West West," "Pop West," and "Star West" were all nixed, but the last one did come close. Sort of.

Kim explained that her daughter North loved the name Star.

I'm not going to name her Star, but my daughter picks that name all the time ... She got a toy and it's a llama — 'Baby Sister's' toy that she took — and I said, 'Well, OK, what do you want to name the llama?' She said, 'Star— Star West!' So, she names everything Star West. I'm not vibing on it.

Hmmm, could Kim have named her baby girl Star? It's definitely possible.

Of course, fans had their own ideas that ranged from hilarious word play options to sincere names. Suggestions like "Key West" and "Wild West" were naturally brought up on Twitter, while others made more spiritual suggestions like "Zen West" and "Krystal West."

More than anything, I'm just happy Kim's baby is finally here and the anticipation is over.

Kardashian even commented on how surprisingly difficult the surrogacy process was for her, despite hating being pregnant herself. She told Entertainment Tonight,

You know, it is really different. Anyone that says or thinks it is just the easy way out is just completely wrong. I think it is so much harder to go through it this way, because you are not really in control... Obviously you pick someone that you completely trust and that you have a good bond and relationship with, but it is still … knowing that I was able to carry my first two babies and not my baby now, it’s hard for me. It’s definitely a harder experience than I anticipated just in the control area.

And roll with it she did. Congratulations, Kim and Kanye!