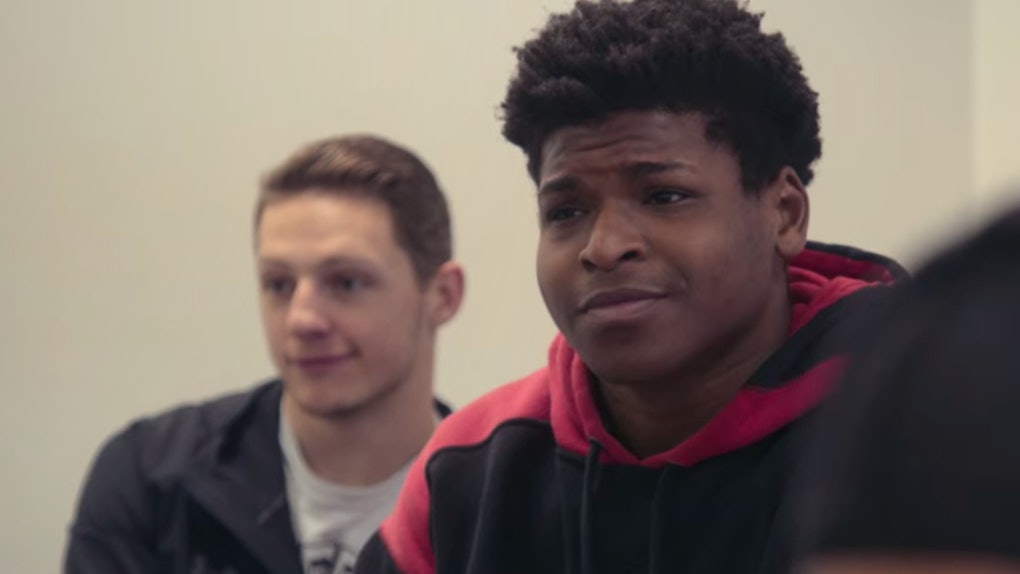 What Is Jerry Harris Doing After 'Cheer'? Fans Can't Get Enough Of Him

If you haven't watched Cheer yet, please carve out some time ASAP to catch up. The docuseries only just launched on January 8, but the Navarro squad has already won over audiences across the country. If there's one team member in particular who has wooed audiences, it's Jeremiah "Jerry" Harris. The cheerleader astounded viewers with his touching life story and incredible work ethic, and now fans need to know what is Jerry doing after Cheer so they can keep up with him. Suffice it to say, people are invested.

Jerry's intense passion for cheerleading made him a series standout from Episode 1. On top of a rigorous practice schedule for the Navarro Community college team, Jerry also competed on an All-Star (aka club) cheerleading team. All of this hard work was given some context when it was revealed Jerry had not made it "on mat" for Navarro in the previous year, meaning he didn't compete at the Nation Championships in Daytona. Much of his Cheer journey focused on his quest to make mat and compete this time around.

Jerry is known for his stellar "mat talk" (cheers and cues from non-performing squad members to pump up their teammates during a routine), which Twitter users aptly pointed out could come in handy in life outside of cheer:

Jerry's positive personality became even more admirable when viewers learned about his past, which included losing his mother to cancer when he was 16. When this happened, a group of "cheer moms" came together to create a GoFundMe to help Jerry pay for school and cheer, so he could continue doing what he loved.

On Jan. 13, the site was put back in action. Jerry announced the news in a recent Instagram post: "Since Cheer came out, several people have reached out asking how they could help me. In response my cheer moms reactivated the Gofundme that they set up for me four years ago." Over $8,800 was donated in the first three days of the campaign's relaunch, bringing the total to more than $40,000 as of Jan. 17. "I don’t really have the words to express how thankful I am for all of this and all of you," he wrote.

Since Navarro is a two-year college, and the series' final episode showed Jerry was awarded a $10,000 scholarship to study at the University of Louisville, fans expected Jerry to have moved on from Navarro. However, though he posted Instagrams of himself in in Louisville cheer uniforms as recently as the fall of 2019, it looks like he — like his fellow teammate Lexi Brumback — has come back to Navarro in January 2019. His Jan. 12 Instagram shows him in the iconic red and black Bulldogs uniform, and he captioned the photo, "Back and better than ever." While it's not exactly clear what Jerry's current schooling schedule looks like (whether he's back at Navarro full-time classes or is somehow also continuing at the University of Louisville), fans can take solace knowing he's doing what he loves best with the Navarro squad.