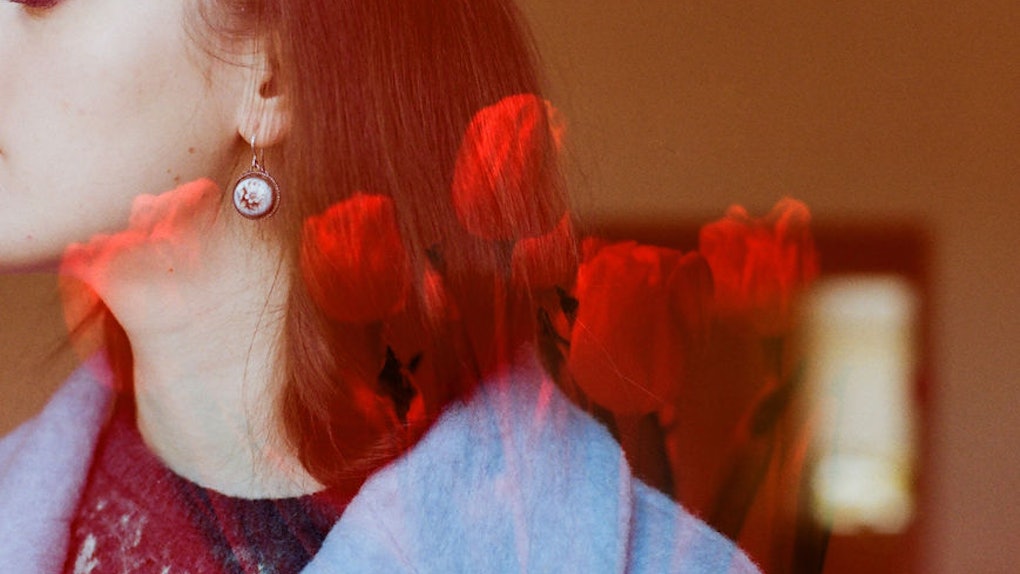 What Is An Energy Vampire? A Psychic Reveals How To Protect Yourself From These Toxic People

It's normal to have relationships in your life that challenge you. Whether it's a co-worker, a friend, or even someone in your family, some people just take a little more energy to interact with than others. But there's a difference between a relationship that has a little tug-and-pull to it, and one that legitimately drains your energy to the point where you dread ever seeing or talking to the person. That is what an energy vampire is, my friend: someone who really, really drains you of your life force, who leaves you feeling mentally and physically exhausted after talking to them.

"An energy vampire is really powerful," Natalie Miles, a psychic spiritual guide and mentor, tells me over the phone. "[There are] people who will steal your energy or vibes to prop themselves up. Some energy vampires do this on a conscious level, and many do it on an unconscious one."

Importantly, Miles points out that this doesn't mean energy vampires are inherently bad people. The psychic tells Elite Daily that this type of behavior usually comes from low self-worth or low self-esteem — something we all struggle with from time to time. Still, Miles explains, this also doesn't mean you should ever feel the need to keep an energy vampire around in your life if they are consistently taking from you more than they are giving.

"[Energy vampires] seek energy from you because they don’t want to do the work themselves at finding out who they are," Miles tells Elite Daily. In other words, some people have trouble figuring out who they are — heck, everyone has trouble figuring out ~who they are~, right? But the difference here is that an energy vampire, according to Miles, has such difficulty with their own identity that they habitually lean on others for validation or support, and never seem to put in their own work toward self-improvement. Inevitably, then, the work falls onto the people around them, and yeah, that sounds pretty freaking draining, doesn't it?

What's more, Miles tells Elite Daily that energy vampires tend to be people who want to feel like they have more power in their relationships with others. "They want to feel more financially abundant, or somehow want to feel 'better' or more successful," the psychic explains. Interestingly, she adds, energy vampires tend to come across as people who really do have their sh*t together, whether it's career-wise, romantically, whatever. But if you peel back a few layers, Miles says it often becomes clear that an energy vampire's apparent emotional intelligence or supportive personality is more of a borrowed trait from the person whose energy they're draining — whether that's a close friend, a family member, or even a romantic partner — and not a true characteristic of their own.

"Maybe they are lying, dominating, pretending to be a victim, or using predatory behavior," Miles says. "It can show up in a lot of different ways."

And as for how an energy vampire can affect you when you're friends with one? "Well, it can feel like exhaustion, confusion, and not being able to articulate yourself," Miles tells Elite Daily. "The person being drained of energy often becomes vulnerable and uncertain about themselves. It can also make you feel like you have a part of you missing or you aren’t yourself."

One of the best ways to recognize that a loved one is having this effect on you, Miles says, is to spend some time alone, away from this person, and really check in with yourself. Oftentimes, the psychic explains, you're better able to understand just how drained and exhausted you feel when you have the opportunity — even if it's brief — to truly detach yourself from the person who is stealing all of your energy.

According to Miles, this might take the form of meditation. "Imagine yourself in a see-through bubble with holes in it," she suggests. "You can imagine giving your amazing energy out, but it also protects you from the energy coming in."

Ultimately, Miles explains, it's about knowing that you have the right to respect your own energy first, and therefore the right to remove yourself from this toxic situation.

Of course, stepping into your own power, and removing yourself from an energy vampire's toxic grasp, can be incredibly hard. What it ultimately comes down to, says Dr. Nancy Irwin, Psy.D., a clinical psychologist and primary therapist at the California rehab center Seasons In Malibu, is learning how to establish healthy boundaries within these types of relationships.

"Schedule a time when you can help out someone who is needy or invasive," Dr. Irwin tells Elite Daily over email. "Limit that time and let them know if and when you are feeling taken advantage of."

Bottom line: Energy vampires are people; any one of us can fall into this pattern of behavior. But you have every right to speak up when you feel that someone is taking advantage of you. Don't ever forget that.

More like this
How You Love To Be Spoiled, According To Your Zodiac Sign
By Roya Backlund
10 Unique Graduation Gifts On Etsy Grads Can Use To Relax After All Their Hard Work
By Rachel Chapman
90 'High School Musical' Series-Inspired Group Chat Names Meant For Wildcats
By Rachel Chapman
Stay up to date