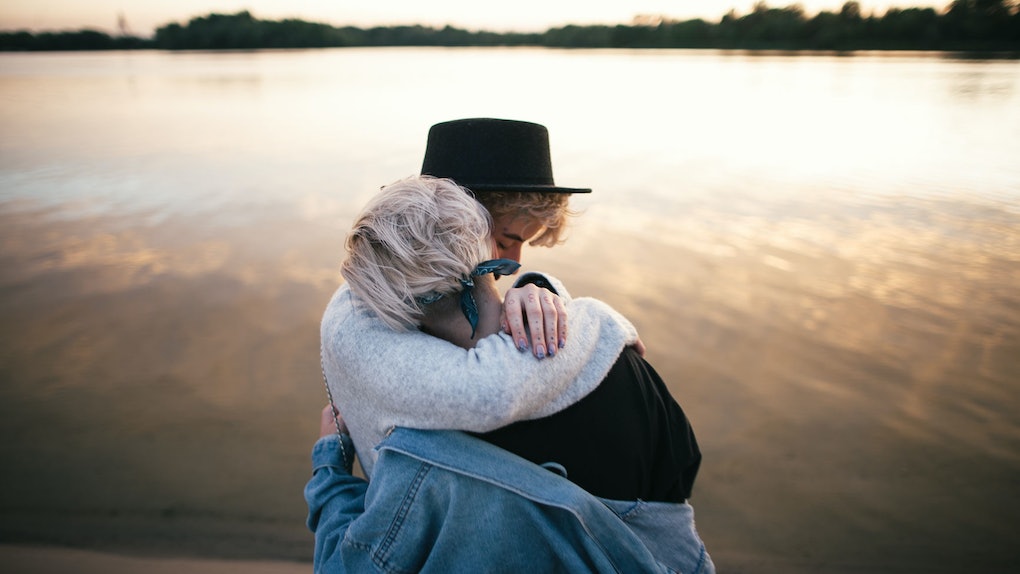 What Is Emotional Intelligence? An Expert Reveals Why It Matters

Being on the same emotional page as your partner isn't always as effortless as we wish it was. Maybe you're constantly butting heads because you just can't seem to work through your issues in a productive way, or you feel like you keep getting caught in the same web of conflicts that are stopping you both from being fully satisfied. The fact is, having emotional intelligence can make all the difference when it comes to setting the stage for healthy, happy relationships (whether romantic or platonic). If you're asking yourself , "What is emotional intelligence?" — don't worry. It's not as daunting as it sounds.

"You are in touch with what you are feeling and its possible impact on your partner," Rubin told Elite Daily. For example, most children are notorious for lacking the emotional development required to fully understand their feelings, and how reacting to those feelings in a certain way might affect someone else. Being aware of how your feelings (and the actions that stem from them) might affect someone you care about is important because it could keep you from starting unnecessary conflict in your relationship.

According to Rubin, another aspect of emotional intelligence is being able to handle the conflicts that inevitably do come up in a mature way — which is extremely important because, sooner or later, disagreements are bound to surface in any relationship.

"You honestly express your disagreements and emotional pain without attacking or demonizing your partner," said Rubin. "You validate their feelings and perspective and work cooperatively to find a resolution that honors the feelings and needs of both of you." In the heat of the moment, it can be easy to blame our emotions on others. And while it might be true that some of their actions could've played a role in how we're feeling — if you're only focused on your own feelings, then it's likely that you're not acknowledging your role in the conflict.

Diana Dorell, an intuitive dating coach, agrees that taking responsibility for your emotions also plays a pivotal role in what it means to be emotionally intelligent. She notes that the seemingly minor difference between phrasing something with an "I feel," versus a "you made me feel," can demonstrate that someone is emotionally intelligent because they're fully owning their feelings.

Having a fight with someone who lacks emotional intelligence can be so frustrating. Often, the issue at hand never even ends up getting resolved because the entire discussion shifts to them and what they need, and how it's your fault that those needs weren't met. This totally neglects the emotions and needs of the other person involved. Needless to say, this can be really upsetting and counterproductive if the end goal is conflict resolution.

Fortunately, if you suspect your emotional intelligence isn't as fine-tuned as you'd like it to be, there are ways to improve. Remember to try and phrase things as "I feel," instead of "you made me feel," and to try to be more self-aware about how your reactions make others feel. Acknowledge how others feel instead of solely how you feel, and you're on your way to improving your emotional intelligence.

Although it can be tough to be honest with ourselves about the things we all need to work on in order grow, in the end, it can make a huge difference in the quality of our interpersonal relationships across the board. On the other hand, as Taylor Nolan demonstrated in Nick Viall's season of The Bachelor, trying to alert others to their lack of emotional intelligence is a very slippery slope, so tread carefully. Honest conversation and non-accusatory language is key!