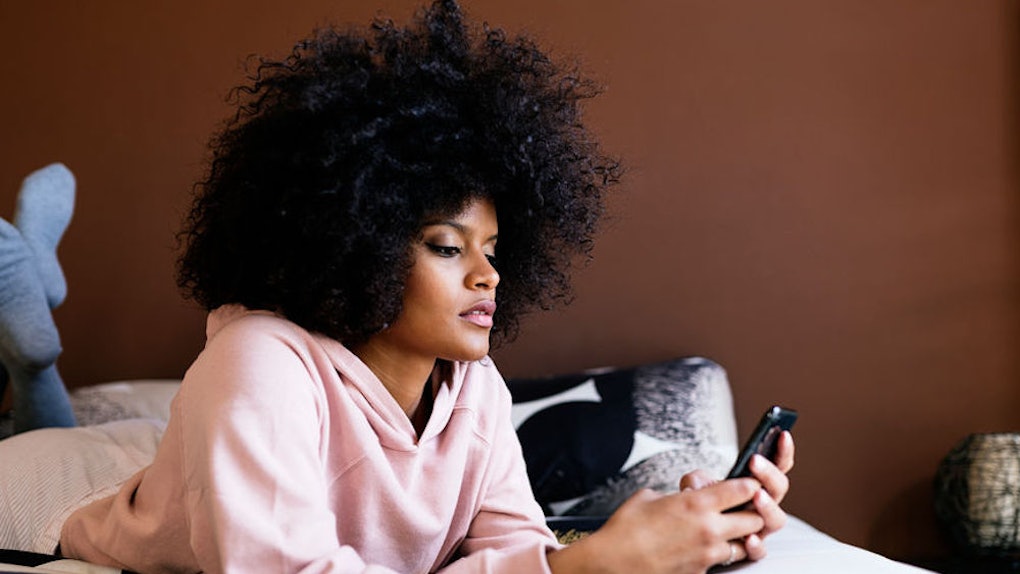 What Is Decoder? The Brain Game App Transforms Your Ability To Focus, According To New Research

Tell me if this sounds familiar: You're commuting home after a long day of work, and you pull your phone out to try to distract yourself from the kid crying on the train or the passenger yelling at the bus driver. But after scrolling through your social media feeds for a bit, you start to wonder if you should be using your time a bit more, you know, wisely. If you're admittedly kind of attached to your phone, but you're sick of scrolling through social media 24/7, the brain game Decoder is an app that helps you focus, and who knows — it might feel a whole lot more rewarding to flex your noggin for a bit with some fun games than it would to get lost in yet another toxic-looking Twitter thread.

Look, I know there are tons of brain game apps out there to choose from. But here's why this one might legitimately be worth your time: A team of researchers from Cambridge University developed the Decoder gaming app — which they've described in their research as "a novel game for targeted cognitive training of visual sustained attention on an iPad" — in order to test whether an app in general could really train a person's brain to maintain better focus in day-to-day tasks. The researchers carried out a study to test this, which has now been published in the journal Frontiers in Behavioral Science. As part of the study, the researchers asked 75 adults aged 18 to 30 to either play Decoder, play Bingo, or continue on with their regular schedules over a four-week period.

According to the research, the participants who were assigned games played for a total of eight hours throughout the span of the study. After performing cognitive testing on the participants (think things like memory tests that challenge your ability to pay attention for long periods of time), the researchers found that only the group that played Decoder showed significantly improved and sustained visual attention. In other words, Decoder seems to work pretty dang well, according to science, at least.

So how does Decoder work, exactly? Well, the game is built to work by helping you focus on one task — identifying sequences of numbers — instead of planning your grocery list or thinking of the million emails you have to write. By keeping your mind engaged with the ongoing game, the idea is that you're giving yourself an easy way to refocus so that when you do have to get back to work or school, you can really keep your mind on whatever it is you're doing.

It seems like more research is needed to assess Decoder, but lead researcher Barbara Sahakian, professor of clinical neuropsychology at Cambridge University, told CNN that she hopes the game could be used in a variety of ways in the future. "We hope that the game will be beneficial for patients who have impairments in attention, including those with ADHD or traumatic brain injury," she told the news outlet.

If you're curious about testing out the game for yourself, you can download it for free on the App Store through its host app, Peak. In addition to Decoder, there are 45 other brain-building games you can try out, and the app will measure your progress over time so that you can determine whether it's actually effective for your own mind.