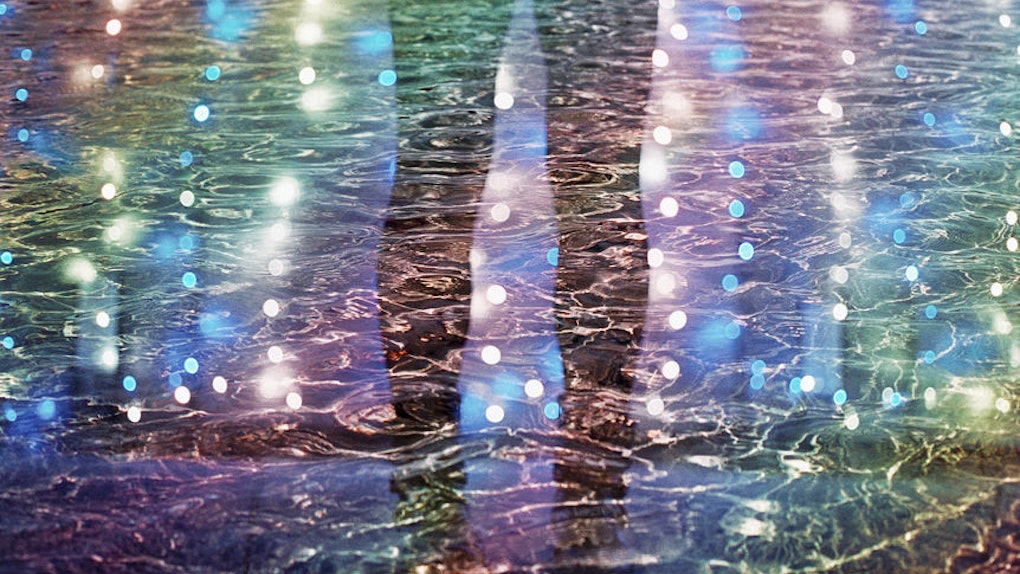 What Is An Astrological Mirror? How Understanding Your Zodiac Polarity Can Inspire You

Opposites attract? Well, you know what they say, "Everyone is your mirror." Then again, not everyone, right? (I sincerely hope not.) Some say that's the secret to all relationships, but how do we know this for sure? For starters, every zodiac sign has an astrological mirror, or polarity. So what is an astrological mirror? This word describes the polar opposite relationships between two zodiac signs. For example, when two signs are in opposition, they are directly across each other, creating a push-pull effect. The zodiac wheel has 360 degrees, and the polar opposite sign is opposing the other at 180 degrees. Make sense? Now, I know these two signs sound a lot like frenemies, but the truth is, they each bring what the other lacks.

In the end, these two balance each other out. In fact, this is a perfect example of yin and yang, considering polar energies are also seen as complementary. For instance, yin is considered feminine, which is also equivalent to earth and water, (i.e. Taurus, Cancer, Virgo, Scorpio, Capricorn, Pisces) when referring to the astrological elements. Yang, on the other hand, is masculine and equivalent to elements fire and air. (i.e. Aries, Gemini, Leo, Libra, Sagittarius, Aquarius)

That being said, here's a look at your astrological mirror, according to your zodiac sign:

Aries is ruled by Mars, and Libra is ruled by Venus. That in itself makes each of these signs 100 percent different. However, both Aries and Libra are cardinal signs, which makes them a lot more similar than you think. For starters, both of them are leaders. Aries is a fighter, but takes the lead in a more (fire) physical way, while Libra prefers freedom of thought, (air) while fighting for justice. Aries prefers confrontation, while Libra likes to keep the peace. In the end, Libra can benefit from Aries' passion, and Aries can learn from Libra's tact. See what I mean?

Taurus and Scorpio are both incredibly sensual and possessive. However, Scorpio's sensuality is highly spiritual and more intense, while Taurus prefers to embrace its five senses, in a more practical and physical way. Scorpio hides and Taurus tells it like it is.

Scorpio stings when it feels threatened, and Taurus simply communicates. Scorpio can really benefit from Taurus' serenity and grounded nature. Meanwhile, Taurus can learn to adapt through Scorpio's regenerative personality.

I'm going to try really hard to not make this about Taylor Swift and Kanye West. (I'm really trying.) Sagittarius and Gemini both want the same thing: the truth. Sagittarius seeks knowledge and truth in a physical (fire) way, while Gemini gathers and communicates information in a more logical (air) way.

Sagittarius looks at the box of sand, and Gemini looks at the grains of sand. In other words, both can learn from each other's philosophy and overall perspective. Sagittarius reminds Gemini to not fuss over the details and see the bigger picture, while Gemini teaches Sagittarius how to communicate, and keep a card up its sleeve. There's a fine line between love and hate. That's all I'm going to say.

Cancer is the mother of the zodiac, and Capricorn is the father. Cancer feels, and Capricorn realizes. Both of these cardinal signs are nurturing, but in a completely different way. Cancer nurtures emotionally, (water) while Capricorn nurtures in a more realistic (earth) way. Cancer wants to dedicate time to home and family, as opposed to Capricorn, who is more concerned with success and earning a living.

It's simple: both of these fixed signs are leaders that want to make a difference. Leo is performing on stage, while Aquarius is running the stage craft. Leo is a one-man show, and Aquarius stands by the people. The lion expresses its individuality in a physical (fire) way, while Aquarius takes the lead in a social (air) way. These two can really help each other, and learn from each other's passions. Leo teaches Aquarius love and affection, while Aquarius shows Leo the beauty in intellectual stimulation.

These two are fascinated by each other, and I'll tell you why: For starters, both are mutable signs, which makes them highly intricate and changeable. Pisces day dreams and spiritually connects (water) with the universe on a day-to-day basis, while Virgo aspires to serve (earth) and heal the world every single day. Both of these signs want the same thing, and that's to be of service to others. Except, Pisces dreams and Virgo manifests. Something else they have in common is, they're both selfless and compassionate.

Now repeat after me:

Mirror mirror on the wall, I found my polarity after all...