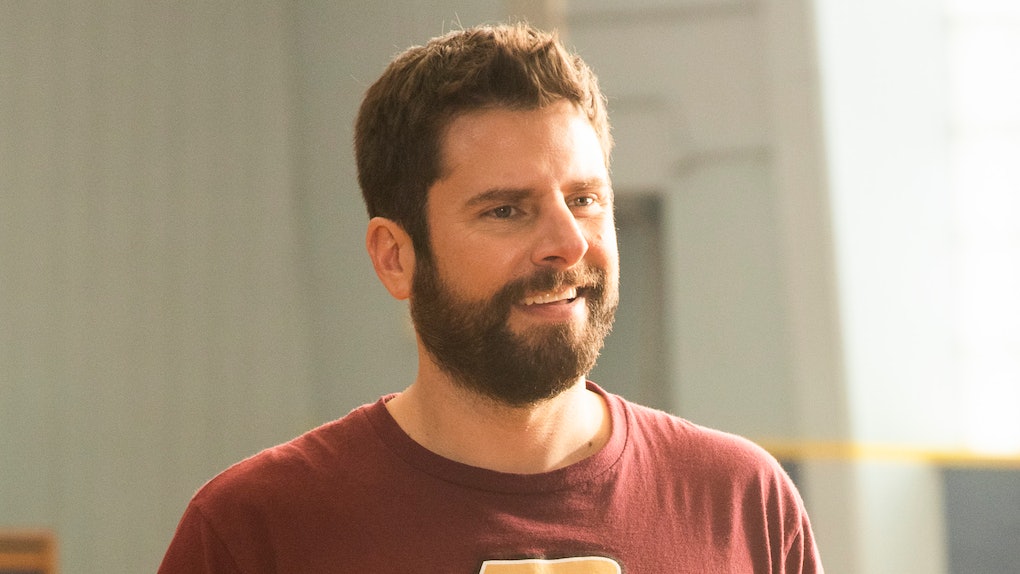 What Happened To Gary In 'A Million Little Things' Season 1? His Story Was Sweet

It's fall TV season, and that means one thing: It's time to try to remember everything that happened one the previous season of all your shows. After all, it's been a long summer away from everyone's favorite characters, and so some refreshers are necessary for audiences before they dive back into those stories. That's especially true for a show like A Million Little Things, which has approximately a million different characters, all with different stories to follow. One of those characters is Gary, who went through a whole lot of change over the course of the first season. What happened to Gary in A Million Little Things Season 1? In short, he grew up a lot.

When audiences were first introduced Gary Mendez (James Roday) in the first episode of A Million Little Things, he was a sarcastic, guarded womanizer. His breast cancer was in remission (men can get breast cancer too, he likes to remind everyone) and he sometimes used his cancer support group as a place to meet and sleep with women. That's exactly what he did when Maggie Bloom (Allison Miller) came around, but what could have been just another fling for Gary turned into something way more serious. Maggie ended up accompanying Gary to the funeral of his best friend Jon Dixon (Ron Livingston) and quickly became ingrained in their circle of friends.

Once Gary and Allison started spending more and more time together, Gary realized he had real feelings for her. Not only was this serious relationship new territory for Gary, but it became further complicated when it was revealed that Maggie's cancer had returned. However, that just served as another way for Gary to grow and prove his love for Maggie. After a rough patch in which Gary and Maggie broke up because Maggie refused to get chemo, things got better and Maggie started treatment, while Gary pledged to stay by her side and help her fight her disease. The old Gary would have never been so committed to a partner, but the Gary audiences have come to know and love in Season 1 is totally dedicated.

While he was focused on his blossoming relationship with Maggie, Gary was also taking care of lots of other people. In the wake of Jon's death, he stepped in to help take care of his family, including Jon's widow Delilah (Stéphanie Szostak) and her kids Sophie (Lizzy Green) and Danny (Chance Hurstfield). He was even the first person Danny came out to as gay, and he showed his caring side yet again by giving Danny his full support.

At the end of Season 1, after Maggie finished her latest round of cancer treatment, she discovered her cancer had entered remission. That meant she and Gary will be entering a new stage of their relationship in Season 2 — a stage that likely won't revolve around cancer treatment. Series creator DJ Nash talked to Entertainment Weekly about Gary and Maggie, saying:

Through the season, we see them struggle with each other, pledging to be together forever even if they don’t know how long forever is. Well, now cancer is gone and the whole way we’ve known each other has been cancer. So we will see this couple struggle to define themselves independent of cancer and the fact that they’re dealing with their own survivor’s guilt for similar reasons — and for different reasons.

Gary grew a lot over the course of Season 1, so now fans will have to wait and see if all that growth sticks in the new episodes. Season 2 of A Million Little Things premieres Thursday, Sept. 26, at 9 p.m. ET on ABC.