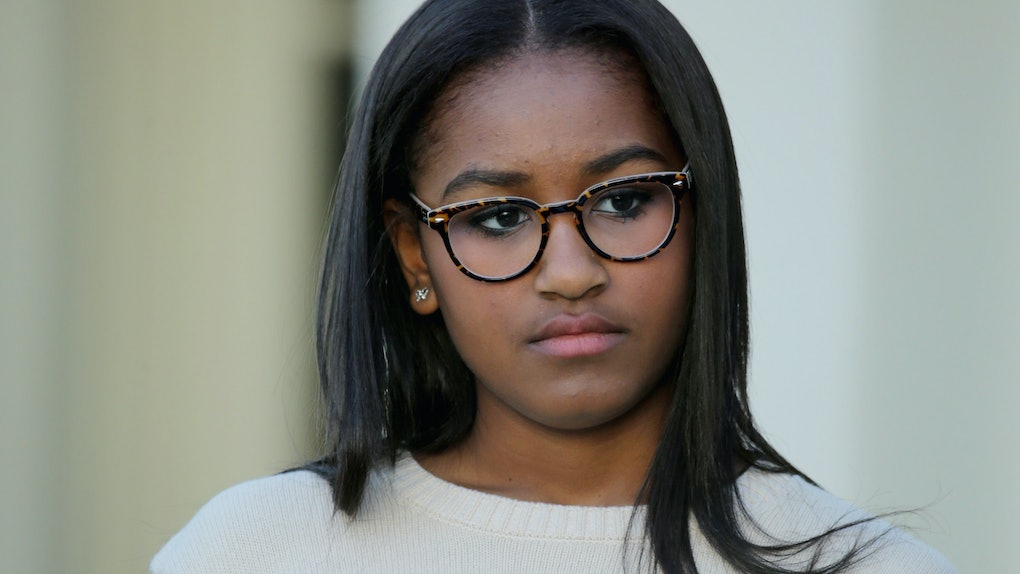 If you haven't heard the exciting news by now, Sasha Obama graduated high school on June 9 (!!!), which means it's only a matter of time before Barack and Michelle Obama will have to bid farewell to their university-bound daughter. What college is Sasha Obama going to, you ask? She's apparently about to become a Wolverine.

LOL — no, not the X-Men character with the adamantium claws, silly. I mean as a student of the University of Michigan. Elite Daily reached out to representatives for the Obamas for confirmation, but did not hear back by the time of publication.

Rumors of Obama's college plans first surfaced in December 2018 when the former president's youngest daughter reportedly wrote on what is believed to be her private Instagram account that she was excited to attend the Ann Arbor school. “So proud to say I’m going to college with my sisters!!” she wrote alongside a photo of herself and a couple friends, according to Page Six.

So there you have it. She's apparently heading north — which is quite a long way from her family. Barack and Michelle live in Washington D.C., where Obama attended high school. And her big sis Malia lives in Massachusetts, where she attends the prestigious Harvard University.

I'm sure Obama will be just fine moving so far away on her own, but somebody might have to go check on her parents once she's gone because when Malia left the nest in 2017, Barack apparently took it kinda hard. "For those of us who have daughters, it just happens fast," Obama said at an event for the Beau Biden Foundation that September, according to USA Today.

"I dropped off Malia at college, and I was saying to Joe and Jill [Biden] that it was a little bit like open-heart surgery, and I was proud that I did not cry in front of her," he continued. "But on the way back, the Secret Service was off, looking straight ahead, pretending they weren't hearing me as I sniffled and blew my nose. It was rough." Aww! Sending a child off to college can definitely be an emotional and worrisome time, but on the bright side, Malia seems to be handling it phenomenally.

The Obamas had plans to move back to Chicago after Sasha graduated high school, which would have put them a lot closer to Michigan, but Michelle told People in 2018 that they'd decide to postpone the move. “When Sasha comes home for breaks, she’s going to want to come home and see her friends in D.C.,” she told the publication. “If we’re in Chicago, we’d be competing with that. So we’re gonna be in D.C. for a few more years, for sure."

But she also expressed that they could change their minds about moving to Chicago at any second. It really just depends. “And then, we’re up in the air,” she continued. “We’ll see where our kids land and plant ourselves where we’re close to them in their lives.”

It's a good thing that both Michelle and Obama are about that travel life, so it'll probably be super easy for them to drop in on Sasha. And even if they can't, I have a feeling their youngest daughter has it all under control. Best of luck to her on this new journey.