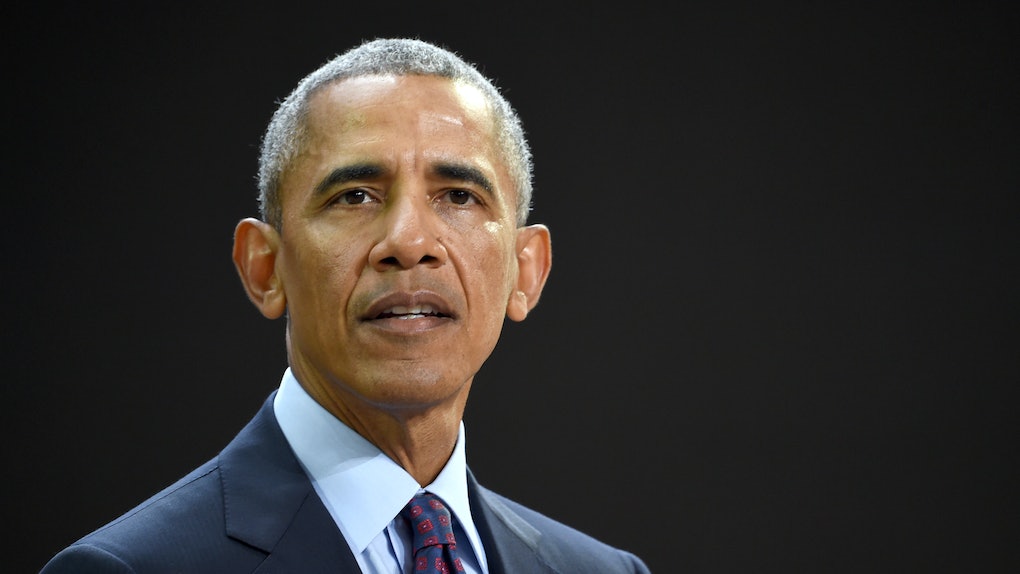 If there's anyone who can tell you why you should give into your wanderlust and book a trip around the world today, it's President Barack Obama. He's been around the globe and back, mingling with people from all kinds of backgrounds, trying any and every kind of food you can think of, and gaining insight of other cultures. Those experiences seem to have helped him become the well-rounded man he is today, so it's not surprising that Barack Obama's comments on the importance of traveling are all about diversity.

The former president shared his opinion on the subject during the week of March 31 while speaking at the World Travel and Tourism Council Global Summitt in Seville, Spain, according to Travel + Leisure. He told Hilton CEO Christopher Nassetta that he sees travel as an opportunity to bring people together, saying, per The San Francisco Chronicle:

I am somebody who believes in bringing people together instead of separating them into groups of us against them ... Travel also reminds us of what we share and what we have in common and what things we share with each other. If you are wandering through a small village in Kenya and you see a mother and child playing and laughing, then you realize it's not that much different than a mother and child in Hawaii or Virginia.

Obama added, "There is something spectacular about seeing a new place, being exposed to new ideas and experiencing a new culture. Traveling makes you grow."

Elite Daily reached out to representatives of Obama for any additional comment on the subject, but did not hear back by the time of publication.

If that has you ready to jet off, let me just remind you that there are endless flight sales going on right now, too. You're welcome.

Obama went on to reflect on some of his own travel experiences, like a solo trip he took through Europe and Kenya in his mid-20s. But out of all of those trips, he said, the ones he took with his daughters, Malia and Sasha, stand out the most. "When you’re able to watch that sense of discovery in your children’s eyes, that’s more special than anything else," he said.

The pair is all grown up now, with Malia away at Harvard University and Sasha in her last years of high school, but Obama said that he can still get them to go on trips with him. And the reason is relatable AF.

"In some ways traveling with them now is even more precious because one has already left the house, the other is about to leave the house," Obama continued, according to The San Francisco Chronicle. "If you can entice them with a nice trip, they are going to be spending more time with you ... because they [otherwise] can't afford it." Elite Daily reached out to representatives for Obama for comment on his remarks, but did not hear back by the time of publication.

Next up on his travel list, Obama said, is Chile and Patagonia. If you're ready to hop on a flight, too, here are some interesting travel destinations, because there's a whole world out there waiting to be explored.

More like this
The Odds Of A Plane Crash Are One In 11 Million, Yet You're Still Afraid
By John Haltiwanger and Lilli Petersen
What Is Taco Bell's Times Square Digital Cantina? It's A Unique Experience
By Lara Walsh
This Video Tour Of Disney World Reveals Cool Design Secrets Of The Magic Kingdom
By Lara Walsh
Stay up to date