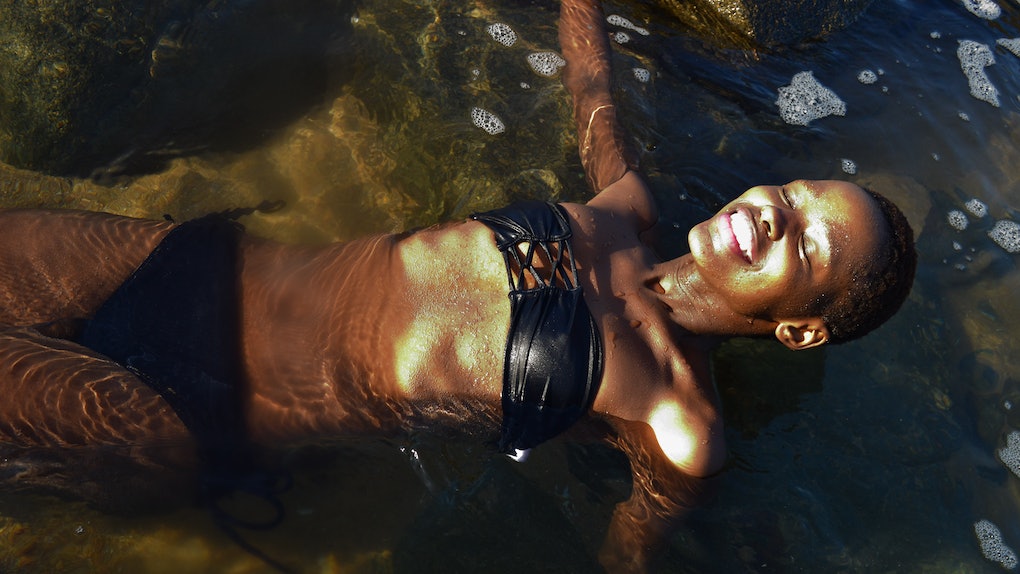 What Cancer's Ruling Planet Means, So You Know What To Expect During Cancer Season

Intuitive, mystical, and ever-changing, if it wasn't already obvious, Cancer's ruling planet is the moon. But the sign isn't just highly emotional, and you're doing the zodiac a disservice by viewing "emotional" as a negative trait. The cardinal water sign is often considered the divine mother of the zodiac for its emotionally driven nature.

One of the major tenets of astrology is the belief that the universe is always communicating with you, and the same goes for the divine order of the zodiac. Each year during the summer solstice, which begins on June 20 at 5:43 p.m. ET, the sun goes for a moonlight swim through Cancer's cardinal waters. Though it sounds fairly unorthodox when referring to a hot ball of glowing gases during a moon-ruled astrological season, the sun's positioning plays a key role in the summer solstice event. It's the longest day of the year in the Northern Hemisphere, enveloped by the highest expression of sunlight. Cancer season is the heart of summer.

According to TimeAndDate.com, the word "solstice" derives from the Latin word "sol," for sun, and "sistere," which means to stand still. In addition to kicking off a beginning of a brand-new season, the summer solstice marks the day when the "sun stands still," serving as a reminder for all signs of the zodiac to do the same.

Understanding how the meaning of Cancer's ruling planet parallels the summer solstice and the start of summer will provide you with greater appreciation and awareness for just how influential and important Cancer's emotional tendencies can be.

When The Sun Enters Cancer

Summer will be at its peak when the sun enters Cancer on June 20. This energetic shift and change of seasons takes place when Mother Nature is loving, nurturing, and embodying of all of the magic she birthed in the springtime. In addition to developing the instinct to nurture yourself and the people around you, this maternal essence serves as a reminder of love to all mankind. This moon-ruled season brings forth the opportunity to connect with your roots, ancestors, and loved ones.

In astrology, the lowest point in a birth chart, which is the Imum Coeli (the fourth house), is governed by domestic Cancer. This astrological house is also ruled by the moon and represents your inner-most self and the role you inherited from your family. It's a representation of what "home" means to you. Matriarchal and mystical, the planets and aspects in this astrological house can also determine the type of ancestral karma you'll carry with you throughout your lifetime.

This knowledge makes Cancer season an excellent time to connect with the other side. Feel free to say a little prayer for your great grandmother. She and your mother moon are always watching over you.

Cancer Is A Pure Reflection Of The Ever-Changing Moon

When was the last time you looked up at the moon? A heavenly portal between the conscious and unconscious, the moon is the most ancient symbol of the divine feminine. It's a reflection of one's true self, which is represented by the sun. Cancer (the moon's sign of rulership) is the first water sign in the zodiac, and an embodiment of the element in its most basic form. Water is symbolic of one's emotion, intuition, and spirit, which is why those born under the sign of Cancer know no boundaries when it come to themselves and the emotional undercurrents all around them.

The moon changes every two days or so, and the same happens to Cancer. It's no wonder this cardinal water sign has a reputation for being moody and difficult to read. Cancer's fluctuating moods are a pure reflection of the ever-changing moon, and those under this sign are constantly experiencing an emotional series of highs and lows. Though it may seem like they're simply going through one of their many phases, a Cancer is continuously absorbing an ocean of emotions. Undeniably compassionate with a high level of emotional intelligence, Cancer's lunar instincts respond naturally to the needs of others.