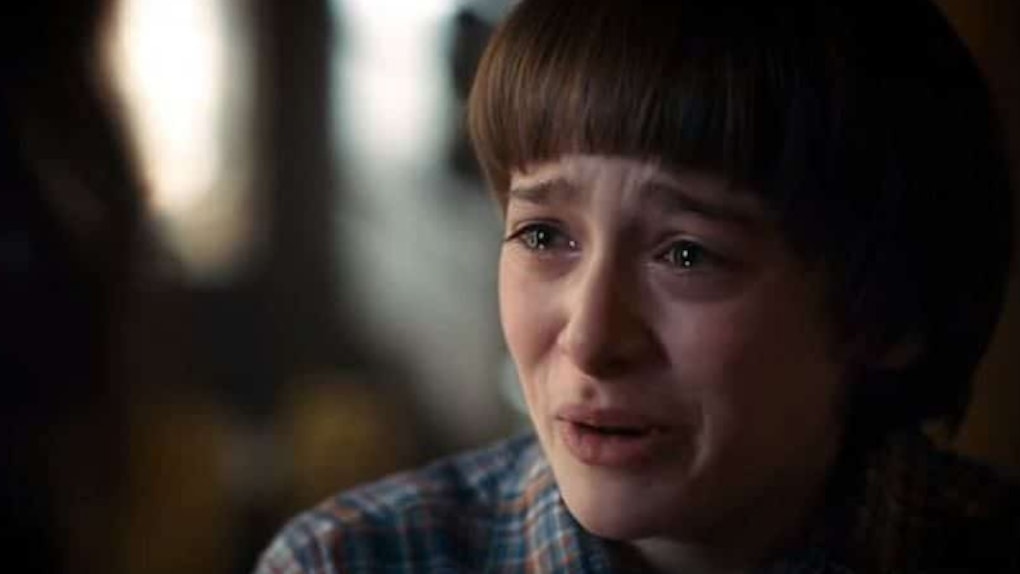 What Are Now Memories In 'Stranger Things'? Will's Connection To The Upside Down Is Eerie

WARNING: This post contains SPOILERS for Season 2 of Stranger Things. Stranger Things 2 is finally available on Netflix and, naturally, there is a whole new mystery to figure out. That's right, just when we thought it was safe to return to Hawkins, we've got new monsters to deal with and an even scarier (if that's possible?) Upside Down. More importantly, Will Byers is alive, but he's possessed by a demonic monster from the Upside Down with the ability to see through Will's eyes via what are called "now memories"; naturally, this has us all wondering: What exactly are Will's "now memories"?

Well, now that Will is out of the Upside Down, it appears as if he has two sets of memories comprised of PTSD-like flashbacks to his time in the Upside Down and what he refers to as "now" memories. It may sound like the PTSD flashbacks are the scarier of the two, but it is the "now" memories that are truly dangerous. Indeed, given that Will is possessed by the ominous Shadow Monster, his "now" memories, made up of sights and sounds, allow him to inform the monster of his location, which, as we know, is not good for Hawkins.

Ultimately, Joyce and her trusty sidekicks learn how to outsmart the monster by using heat to make Will burn up until the monster leaves his body (nearly giving Will a heatstroke in the process, as if he hasn't been through enough in the past year...), which means the demon is no longer able to access his "now" memories and the crew is safe... for now.

Obviously all of that is a super condensed summary of a complicated and detailed plot that one of the show's creators, Matt Duffer, described as "weirder" and "darker" than the plot of Season 1. In an interview with ING, Duffer revealed how Season 2 would be different from what we've already seen from the show, and, boy, was he not kidding. The executive producer said,

I think as much as possible we're thinking about it as a sequel. We want to call it Stranger Things 2. It was important in Season 1 that we have this very clear tension - Will Byers goes missing and it's about finding him and bringing him back. And we resolved that main tension, obviously. There are lingering questions, but the idea with Season 2 is there's a new tension and the goal is can the characters resolve that tension by the end. So it's going to be its own sort of complete little movie, very much in the way that Season 1 is.

Clearly Will's "now" memories play huge role in creating the "new tension" and suspense in Season 2. Thank god for Joyce, though; the shadow monster may be terrifying, but it's no match for Joyce's space heaters.

If you'll excuse me, I'm going to continue bingeing Season 2 in hopes of embedding this new excitement in my own "now" memories.