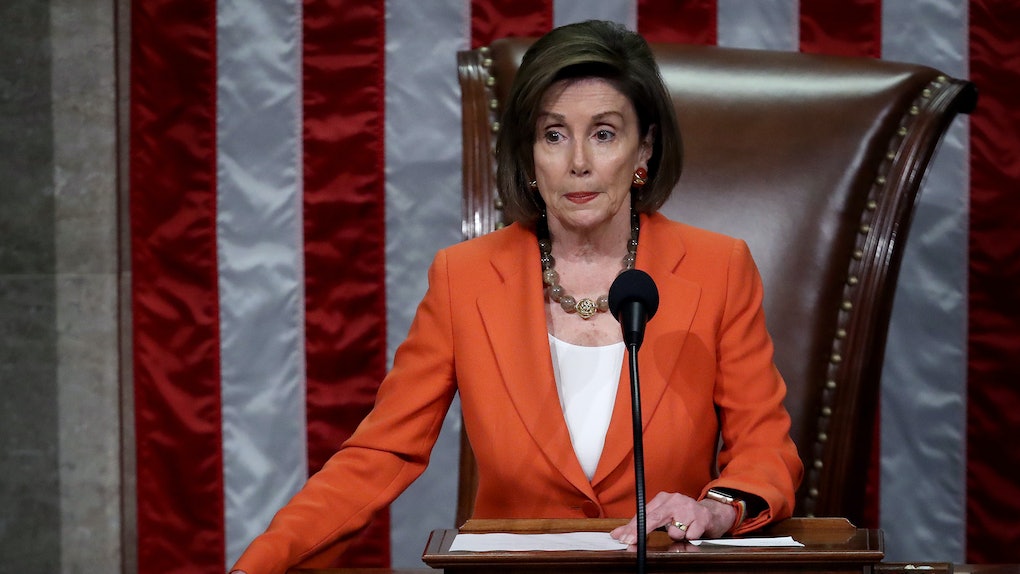 What Are Articles Of Impeachment? The House Decides What Charges Trump Will Face

On Oct. 31, the House of Representatives voted to formalize its impeachment inquiry into President Donald Trump, but Democrats still have a long road ahead of them before they can actually impeach Trump. The impeachment process is extensive, and raises many questions. For example, what are the articles of impeachment? Before the House can actually vote on impeachment, the House Judiciary Committee will have to draw up a list of charges on which the president can be impeached.

Now that the House has voted to formalize its impeachment inquiry, six different House committees will continue their investigations in a more public way. On Oct. 29, the House Rules Committee issued a resolution laying out how these investigations and hearings would operate, and it was that resolution the House voted to adopt on Oct. 31. But for the House to actually vote on impeachment, the Intelligence Committee must complete its investigation and send a report to the House Judiciary Committee, which will then come up with the articles of impeachment.

Simply put, the articles of impeachment is a formal document explaining the charges on which a public official might be impeached and removed from office. In Trump's case, the Judiciary Committee's articles of impeachment might address the president's alleged withholding of military aid from Ukraine, per CNN, or his alleged obstruction of justice. In response to a request for comment on these potential articles of impeachment, White House Press Secretary Stephanie Grisham told Elite Daily in an emailed statement that "the President has done nothing wrong, and the Democrats know it."

"Instead of focusing on pressing issues that impact real families, like reducing gun violence, passing the USMCA, improving healthcare, lowering prescription drug costs, securing our southern border, and modernizing our aging infrastructure, the Democrats are choosing every day to waste time on a sham impeachment — a blatantly partisan attempt to destroy the President," Grisham said in her statement.

Even if the House does successfully impeach Trump, he won't automatically be removed from office. Instead, the Senate will have to organize an impeachment trial. During this trial, senators will be tasked with voting on whether or not to convict Trump on the impeachable offenses voted on by the House. Trump will only be removed from office if 67 senators — a two-thirds majority — vote to convict him.

As indicated above, Democratic lawmakers have a long set of procedures to follow before they can even get to an impeachment vote in the House. Despite the lengthy process preceding an impeachment vote, however, a coalition of progressive activists is already planning a massive protest to take place the night before the House votes on articles of impeachment, in order to demand Trump's impeachment. In the weeks to come, voters can expect to learn more about what impeachable offenses the president may have allegedly committed and what lawmakers plan to include in the articles of impeachment.

More like this
These Tweets About The Bidens' Photo With The Carters Ask A LOT Of Questions
By Rhyma Castillo
Biden's American Families Plan Includes Some Free College, Which, Wow
By Rhyma Castillo
The Tweets & Memes Of Doug Emhoff Waving To Kamala Harris Hype The Supportive Spouse
By Cianna Garrison
Stay up to date