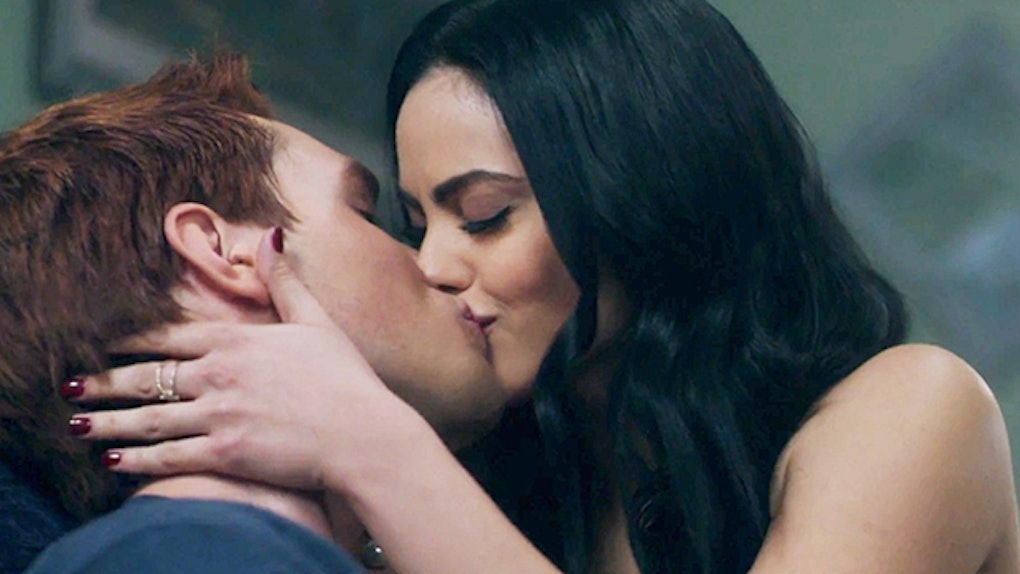 Riverdale came back after their mid-season break more powerful than ever. The show has grown one of the strongest fan bases I have ever seen and people are devoted to the core four (and the other amazing supporting characters, we haven't forgotten about you all). When it comes to Veronica Lodge — it's hard not to love her. The reformed mean girl has made and broken alliances with just about everyone, and isn't afraid to go for what she wants. People are obsessed. One tiny detail even the keenest fan probably missed is Veronica's nail polish color on Riverdale. Hint: It's always the same, and you can purchase it for yourself.

When you think of Veronica Lodge's "signature," a lot of things come to mind — her glossy black hair, pearl necklace, and single eyebrow raise are just a few. However, the actress behind Veronica, Camila Mendes, explained that Veronica's nails are always the same color. Not most of the time — Every. Damn. Episode. As it turns out, Veronica and most of the main characters on the show have a color scheme that they stick to. For example, Betty Cooper is mostly seen in pinks and other pastels while Cheryl Blossom is always rocking a true red. As for Veronica, Mendes told E! News,

Veronica is like purple, navy, black, more jewel tones. You know, so she can do like a burgundy, you know, or like a deep, darker red, like a wine color. Her nails throughout the season are always Malaga Wine. Malaga Wine from OPI and that's the nail color I'll always have for as long as we're shooting Riverdale.

Like I said — every damn episode. The best part is we can all rock the same Malaga Wine nail color that Veronica wears on Riverdale. The shade from OPI is described on Amazon as, "a rich, intoxicating wine-red." So chic. Get all the Veronica vibes for $10. Best money you'll ever spend, and your nails will thank you. Check out her nails in the iconic scene below when Chuck Clayton doesn't seem to know who Veronica really is.

Mendes has a theory as to why these deep wine shades fit the glammed-up New Yorker so well. She explained,

The dark colors for me speaks to Veronica's mysterious darkness and her being from a dark family that's full of secrets.

I think that just fits her character. She's always been a bolder character with the full brow and the dark lips and the perfect, polished hair. She's very sleek.

Riverdale as a whole does a great job with wardrobe and keeping each individual character's signature look distinct. This is also why you would never see Archie Andrews in a beanie, it's too Jughead.

The darkness in Veronica's wardrobe definitely translates to her character a bit more in Season 2. During an interview with Teen Vogue in October, Mendes revealed how Veronica has "grown up" from Season 1. Besides being a little wiser, the actress explained her character's "willingness to be part of the dark world" is for the sake of her family. Without giving away too much Mendes said,

In comparison to last season, I think Veronica's a little bit more grown up [this season]. I think we're going to see her darker side a bit more, especially because her father has arrived. He's out of jail, he's back in the family, and that kind of spices up their whole dynamic.

Veronica has a specific relationship with her father. She resents him a little bit, but she also admires him and wants him to take her seriously. In this season, you'll be seeing her try to become more part of the Lodge family, and her parents keeping her in the dark and keeping secrets from her, because they don't want her to be involved in whatever shady business they're doing. I think her darkness this season is coming from her willingness to be part of the dark world.

Dark or not — Veronica is a key player in Riverdale, and her storyline keeps getting better.