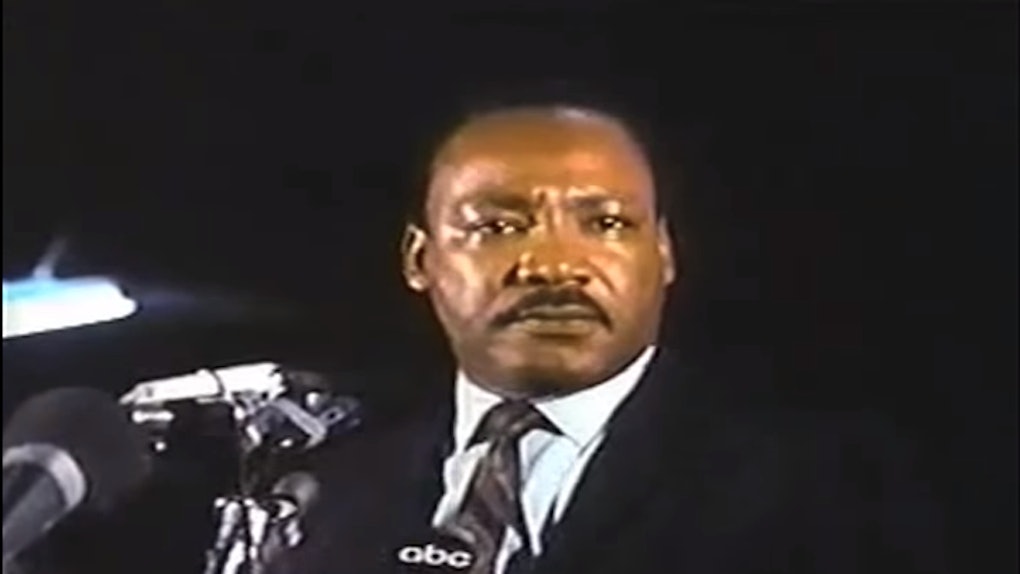 Tweets of Martin Luther King Jr. and his legacy on this day of reflection are powerful AF. Twitter is overflowing with pictures, videos, and quotes to pay respect to the man whose speeches and presence lead an entire movement. Tweets honoring Martin Luther King Jr. Day are everything they should be for this extraordinary day.

This year, MLK, Jr. Day is being celebrated on his birthday. He would have been 89 years old. It has been 50 years since he was here to celebrate with us. We are all still benefiting from the actions of this significant civil rights activist, and it's amazing the way his words still resonate today. In fact, they have not and will probably never lose their impact.

Ultimately, MLK, Jr. Day is being recognized and expressed on every feed you tap into on this commemorative day, and we are so here for it. Seriously, the love being shown is super transcendent. The new year and this unifying holiday surely make you reflect on what really matters in life and what you can do to make the world a better place. Take time to read some of these inspiring tributes from celebrities and others on Twitter who are honoring Martin Luther King, Jr.

First of all, that merged picture of the two of them instantly made my eyes water. Imagine if a whole entire day was dedicated to your father for the riveting mark he left on the world? Bernice King also mentioned how her mother should be recognized on this day because she was the "architect of the King Legacy."

Short and sweet. Many Twitter users are posting about The King Center. Almost one million people visit this exhibit each year. It was founded by his wife, Coretta Scott King.

Behind every strong man, there's a strong woman. Yes, you can hair flip, ladies.

If you don't listen to Common's music, reading this tribute post will certainly show you that he has a way with words. This is deep. Clearly, Common is a lyricist on any platform.

This is a very powerful picture and people who were there and are still alive today are so lucky to have experienced his speech in real life. History, my friends.

People from all fields and backgrounds are quoting the King. His words are universal. Any and every human being can acknowledge his leadership and learn from his powerful words.

Would it even be a national holiday without an inspirational post from Barack Obama? We miss you, Obama. Can't help but enjoy his little appearances on your feed.

As much as this was meant to be an honoring gesture from Ivanka Trump, people on Twitter were not having it. Comments immediately disregarded her post because of the recent remarks made by her father. Well, at least she tried.

Isn't this picture so snazzy? MLK Jr.'s words still ring true today. It's always more challenging to do the right thing in a difficult situation, but that is when your actions tell most about your character.

We can never forget the sacrifices MLK Jr. made. We are reaping the benefits of those sacrifices every single day. Love should always prevail.

I don't think there is a better definition of a Kodak moment. In addition to being a father to his children, he also fathered many aspects of the Civil Rights Movement.

Oh, Bill. I couldn't agree with you more. Keeping the dream alive needs to manifest in more than just one day of the year.

Yup, everyone is spreading the love today, folks. Even if all odds are against you, love can cast out all the obstacles in your way. We've all just gotta carry a little of it with us every day.

This is one of my favorite quotes by MLK. Imagine how different the world would be if MLK remained silent? We can all take something from his fearless beliefs in what was right.

Even if you don't post a tribute for MLK Day, make sure you're engaging in love, peace, and gratitude.