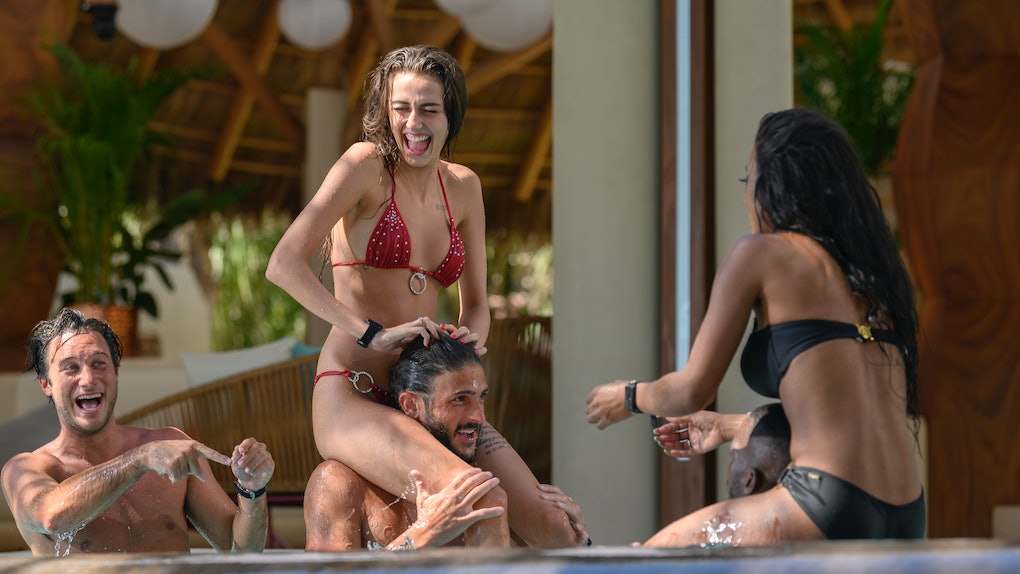 Get pumped for even more wild romance, because Netflix's hit dating show Too Hot To Handle is coming back super soon. Season 1 followed a group of sexy singles as they dated in a tropical paradise while trying to resist the temptation of hooking up at the risk of diminishing their potential cash prize. It was a wild ride, and luckily, you can look forward to watching even more antics when Too Hot To Handle Season 2 graces your screen this summer.

On January 27, Netflix made the exciting announcement that Too Hot To Handle had been renewed for not just one, but two new seasons. While Season 1 was filmed in Punta Mita, Mexico, Seasons 2 and 3 will take place in entirely new exotic destinations: the Turks and Caicos Islands.

The debut season introduced 14 singles who arrived in hopes of a wild experience and were shocked upon finding out they weren't allowed to have any sexual contact with each other for the next month. Even kissing or cuddling would result in money being subtracted from the $100,000 grand prize, and watching them navigate their newfound reality was hilarious.

Just like in Season 1, watching the new contestants react to the news they're not allowed to hook up with their co-stars will be part of the fun in Seasons 2 and 3. The new seasons reportedly began production under a false name, so contestants arrived on set unaware they'd be subject to Too Hot To Handle's no-sex rule.

Here's what else to know about Season 2:

'Too Hot To Handle' Season 2 Cast

The brand-new cast of Too Hot To Handle Season 2 hasn't been revealed just yet, but expect to fall in love with a group of clueless, sexy singles all over again.

'Too Hot To Handle' Season 2 Trailer

Netflix released a teaser video on March 23, which is full of juicy Season 1 clips bound to get fans in the mood for even more beachy drama. While no official Season 2 footage has been released yet, expect a full season trailer closer to its premiere date.

Bachelor in Paradise will likely have some serious competition this summer, because new episodes of Too Hot To Handle Season 2 hit Netflix in June, releasing on Wednesdays.