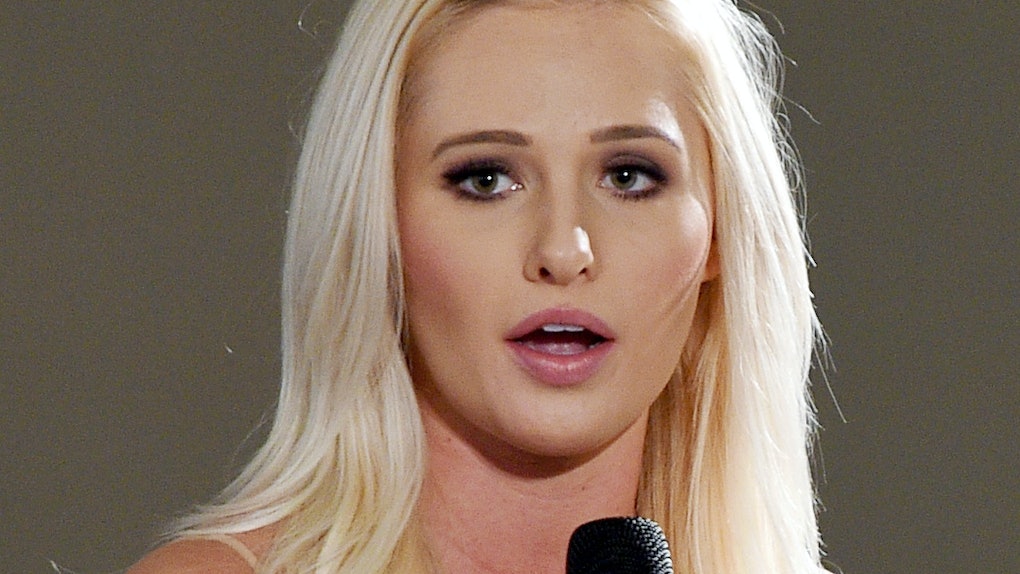 Tomi Lahren's Comments On Alabama's Abortion Ban Might Surprise You

The world is talking about Alabama's new abortion law. While the measure, which prohibits almost all abortions in the state, has received praise from anti-abortion advocates, it's drawn rebuke from abortion rights supporters. Even some conservatives aren't happy with the measure, like political commentator Tomi Lahren — and no, I'm not kidding. Tomi Lahren's comments on Alabama's abortion law say that it is "too restrictive."

The comments came a day after Alabama's Republican Gov. Kay Ivey signed the bill, known as the Human Life Protection Act, into law. It bans abortion in almost all instances, including in cases of rape or incest. Exceptions are only made when there is a health risk to the mother or if the "unborn child has a lethal anomaly," according to CNN. Under the law, abortion providers can face anywhere between 10 and 99 years behind bars. Conservative anti-abortion advocates have expressed hope that legal challenges to the law will make it to the Supreme Court and that its conservative majority will overturn Roe v. Wade, the 1973 landmark decision establishing abortion rights.

Lahren, a Fox News contributor known for her controversial stances, seemed to break with her conservative peers in a tweet shared on May 16.

"I will be attacked by fellow conservatives for saying this," she started, adding, "But so be it, this Alabama abortion ban is too restrictive. It doesn't save life, it simply forces women into more dangerous methods, other states or countries. You don't encourage life via blanket government mandate!"

Err, what? Lahren is more known for her hardline conservative positions on subjects like immigration, so this is... interesting. Some people couldn't even believe their eyes upon seeing the tweet.

She even got some praise.

"In all seriousness, this took courage and I admire anyone who is willing to disagree with their party (on either side) and stand up for the greater good of this country," one person wrote.

As surprising as this may be to some, it's not the first time that Lahren has broken from her party like this. In a July 2018 episode of her "Final Thoughts" segment on Fox News, Lahren shared her take on whether Roe should be overturned, saying an effort would be "unlikely to succeed" and a "huge mistake" that would deepen a growing divide between political parties.

“We lose when we start tampering with social issues,” she said. “Do we really want to fight for this, alienate Democrats, moderates and Libertarians all to lose in the end anyway? That’s a risk that I don’t think is worth taking.” She went on:

I'm saying this as someone who would personally choose life, but also feels it's not the government's place to dictate. This isn't a black and white issue and I would never judge anyone in that position.

That's not it, either. Back in 2017, she was suspended and eventually left The Blaze after announcing her support of abortion rights on The View. She said:

While she might have received backlash from her peers regarding these comments, she's made it clear that she'll stand for her beliefs, regardless. Whether you agree with her or not, that's always kinda inspiring.