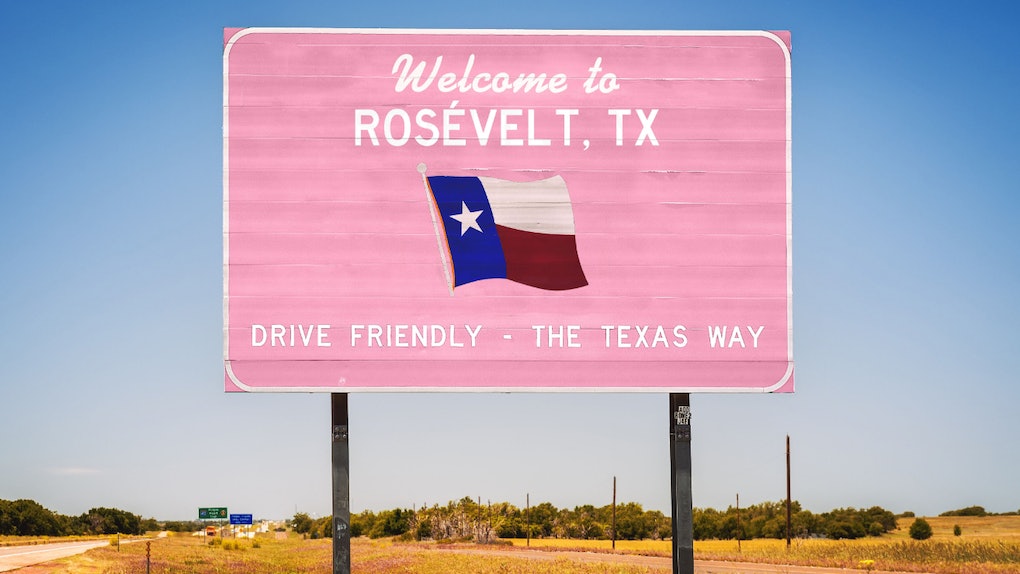 Do you love rosé so much that you'd be willing to rename your city or some major landmarks in your town after it? If the answer is yes, you're in luck, because Three Olives Vodka wants to help you do just that. Three Olives Rosevelt Island competition will paint one major city pink and throw the winner a massive rosé-themed party that's sure to be just as sweet as it will be Instagram-friendly. I don't care where this party ends up being — you can sign me up.

The idea for the competition is simple. Three Olives wants to rename a location with Roosevelt in its name to Rosévelt to celebrate the boozy pink drink loved by millennials. Believe it or not, the idea actually started from an April Fool's Day joke. Yep, Three Olives Vodka announced on April 1, 2019 that they were rebranding Roosevelt Island in New York as Rosévelt Island. But now, the brand is actually bringing the joke to life just in time for the summer.

The locations on the map for a pink rebrand are spread out across the country and include: Roosevelt, Washington; the Roosevelt District in Fresno, California; the Roosevelt Lake and Bridge in Gila County, Arizona; Roosevelt Island, New York; Roosevelt State Park in Morton, Mississippi; and more, though it should be noted that not every Roosevelt-themed location is part of the competition. To cast your vote for the spot you want to see transformed, all you have to do is head to the Rosévelt Island website and click to vote. As of Tuesday, June 4, the leading locations are Roosevelt Island, New York; Roosevelt Station, Chicago, Illinois; and Roosevelt, Washington.

Fans in the United States who are 21 or older can cast their votes between Tuesday, June 4 and Friday, July 19. According to a Three Olives press release, if your city wins, Three Olives will rename the city to be rosé-themed and throw the "ultimate Rosévelt party" over the summer.

If you don't live in or near a Roosevelt that could be rebranded to a Rosévelt, you can still experience an immersive rosé experience if you live in New York City or have plans to visit the Big Apple this summer. An exhibit called the Rosé Mansion is returning to NYC this summer and will feature a 14-room exhibit that's a combination of a wine bar, science museum, and amusement park, all wrapped up into one super Instagrammable space. The 34,000-square-foot space of the Rosé Mansion will feature rooms that take you back in time to explore the history of rosé, help you discover your own biological preferences for sweet or bitter flavors, and plunge you into a party-like atmosphere to celebrate rosé's deliciousness.

So, you have a few ways to celebrate rosé, aka the perfect summer drink, this year. Sign me up for all of it.