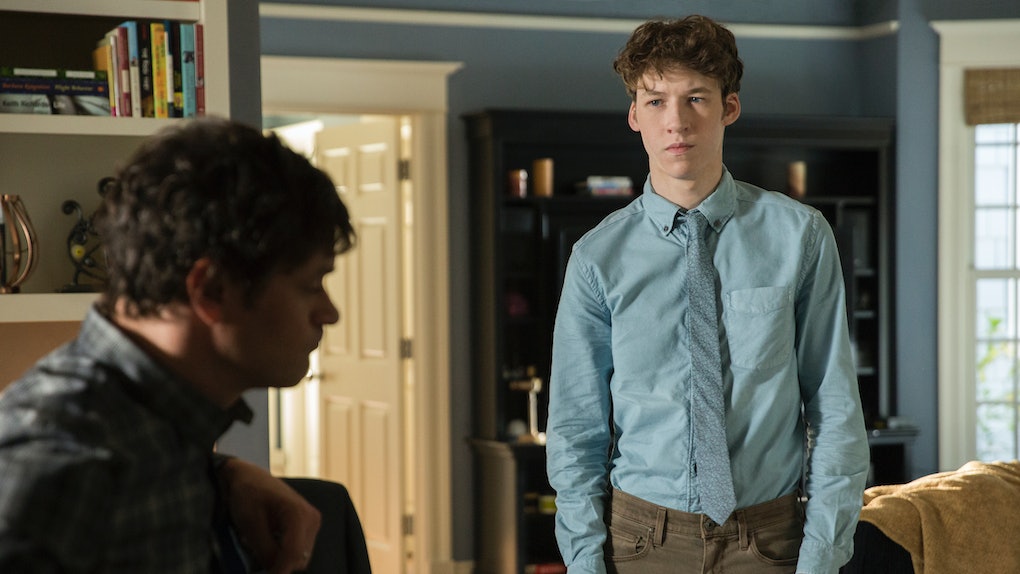 When Season 2 of 13 Reasons Why ended, fans were left with the question of where Tony took Tyler after Clay talked the latter down from starting a school shooting. Hopefully we'll see the aftermath of this quick escape at the start of Season 3, but 13 Reasons Why viewers have managed to keep themselves entertained in the waiting period between seasons. I may not have much interest in sports, but some 13 Reasons Why fans have apparently found Tyler's doppelganger on the soccer field this summer. One World Cup player looks like Tyler from 13 Reasons Why, and the similarity between the two is actually pretty strong.

Reddit user Kanyeezy96 posted a photo of Croatian soccer player Ivan Perišić to the 13 Reasons Why board, and while celebrity lookalikes are usually subject to personal opinions, Perišić's similarity to Devin Druid, who plays social misfit Tyler, seems to be universally accepted. Now 29 years old, the soccer player first debuted on Croatia's national team in 2011 and traditionally works in the left wing position. For anyone keeping tabs on the World Cup, Perišić has already played in four games, scoring one goal thus far. There's no sign of soccer fandom on 20-year-old Druid's social media, but fans are loving the unexpected comparison.

As Reddit user blue-wizardA wrote on the thread about the lookalikes, "I laughed harder than I should have." After all, the 13 Reasons Why actors are still not that well-known outside of the context of the show, and they're not quite the stuff of those celeb doppelganger slideshows yet. If Tyler was to run to the refuge of his surprise big brother in Season 3, the 13 Reasons Why producers could easily track down Perišić for an audition. Language barriers are simple obstacles to overcome, right?

You know a comparison is legit when Twitter has caught on, and some fans have also recognized Druid and Perišić's resemblance.

With less than two weeks to go until the FIFA World Cup final on July 15, the Croatian team made it into the championship's quarterfinals and face host country Russia in a July 7 match. While Perišić's fate in the Cup is uncertain, Druid's character's future also remains up in the air. His plan to begin a shooting at the school dance was foiled by an unarmed Clay at the end of Season 2, and Tony drove Tyler away in his car to an unknown location. Clay was left on school grounds with Tyler's gun in his hands as police sirens wailed in the distance. The cliffhanger ending has inspired crazy fan theories, including the suggestion that Season 3's narrative theme could focus on police questioning about Tyler's whereabouts.

Tyler also became the focus of fervent fan discussions regarding jock Monty's graphic assault of the character toward the end of Season 2. Despite its showcase of the underrepresented topic of male assault, many viewers felt that the show took its portrayal a step too far. Druid spoke out about these critiques, telling Entertainment Tonight:

I think people are always gonna have opinions on the show and what we do, but I think it's staying true to what the show has been about and that has been taking on these tough issues and trying to show them in these truthful lights. We can't sugarcoat it or censor it at all because that's not how these events happen. And I think it is this trying to portray and make people understand what happens in these unfortunate and tragic circumstances.

We'll have to track down some interviews explaining what Perišić watches on Netflix in his downtime, but until then, the only thing that could make this twinning action with Druid better would be for one of the men to acknowledge it. Perhaps if Croatia takes home gold later this month?