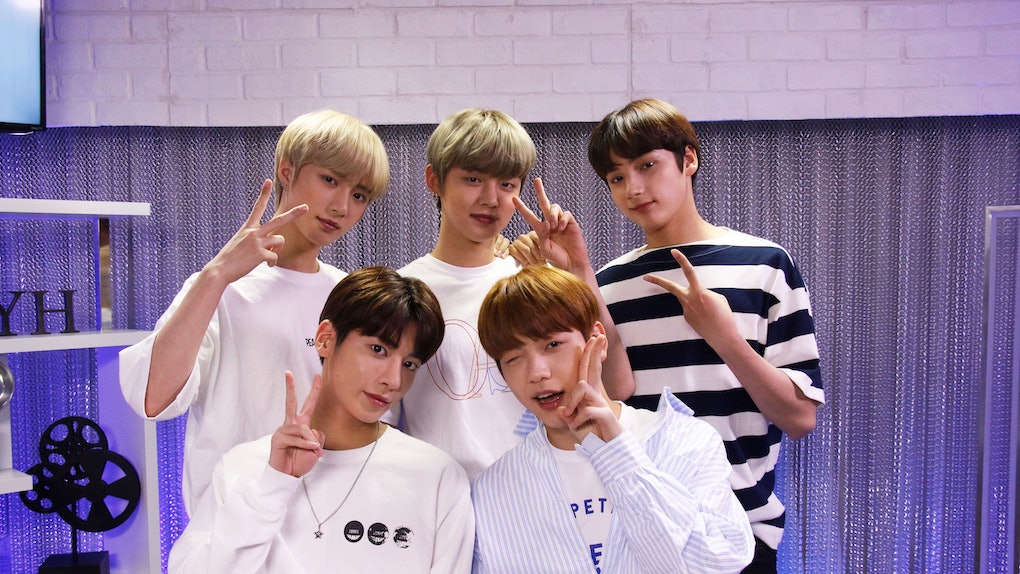 If you're searching for the biggest BTS fanboys, look no further because they're Yeonjun, Soobin, Beomgyu, Taehyun, and Hueningkai, aka, TXT. The group has shown their admiration for BTS in many ways, like when they referenced BTS in their song "Angel or Devil," attended BTS' Chicago concert in May, and even presented them a handwritten letter in the style of Love Actually (which made BTS blush mad hard). Now, TXT has upped their game by taking on BTS' most complicated dances. The video of TXT performing BTS' "Boy In Luv" and "Dope" is so impressive, and such a full-circle moment for MOARMY.

For the first time since they debuted in March, TXT appeared on the Korean television program Idol Room. In their episode, the boys couldn't help but gush about their senior group. TXT shared a story about how BTS' Jin bought them pizza once because he wanted to spend time with them. They also revealed BTS shower them with compliments often, which encourages them to give their all during performances.

BTS debuted in 2013, so TXT has witnessed their growth just like any other fan. But since TXT is also repped by Big Hit Entertainment, they've looked to BTS for inspiration.

Specifically, Beomgyu revealed BTS' V's stage presence was something he admired during his trainee days.

It's no wonder TXT learned several of BTS' dances, including the choreography to "Boy In Luv" and "Dope." The dances are meant for a seven-member group, but TXT adjusted them to work with five members. They made the dances look so flawless, you would think they were performing their own songs.

TXT performing BTS' "Boy In Luv" has been a long time coming. In The Dream Chapter: MAGIC track "Angel Or Devil," TXT sneaked in a few references to BTS' 2014 single. They included the lines "Just push forward like a real man," and "Why are you shaking up my heart?" which are both lyrics from BTS' "Boy In Luv." They also included a snippet of BTS' "Boy In Luv" choreo in their live performances of "Angel or "Devil."

Hueningkai performs the choreo near the 0:55 mark below.

Now that TXT has paid homage to BTS, can BTS return the favor and perform one of TXT's dances? MOARMYs are waiting.