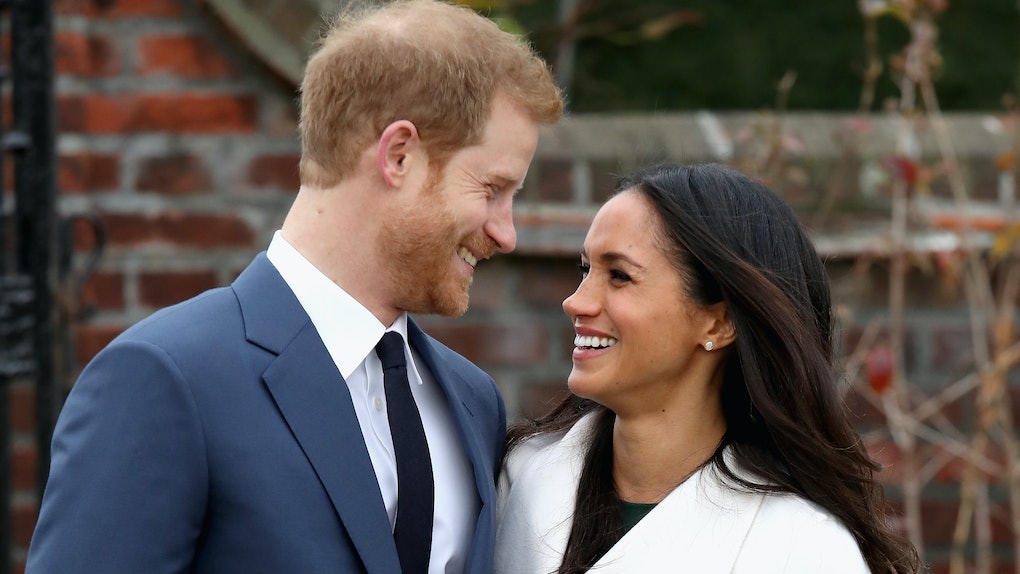 The behind-the-scenes moment was captured while Prince Harry and Markle sat down for an interview about their engagement with BBC News. If you were expecting something stuffy and dry, think again. They’re all polished, of course, during the interview, but in this extra footage it’s obvious that they like to have fun too.

It’s all dazzling smiles and giggles and oh-so-much eye contact, my heart can’t take it.

Luckily for the world, BBC released the special extra footage from their interview, which shows the couple having a bit of a laugh. There’s some silly posing and even Markle jokingly resting her head on her hand while feigning interest before totally having a giggle fit.

Beyond the behind-the-scenes bit, the couple talked about their engagement and future plans for a family. They announced their engagement on Monday, Nov. 27 and during their first official public appearance at Kensington Palace, when asked how they felt, Harry said, “Thrilled,” with Markle adding, “So happy.” Asked when Harry knew that Markle was the one, he said, “The very first time we met.”

As for the actual proposal, Harry and Markle explained in the interview that he popped the question a few weeks ago at their Kensington Palace cottage, with the actress explaining, “It was a cozy night. We were roasting chicken. It was just an amazing surprise. It was so sweet and natural and very romantic. He got on one knee.”

Harry noted: “It was a really nice moment — it was just the two of us. I think I managed to catch her by surprise.”

Markle said she didn't hesitate with her answer, explaining: "Yes, as a matter of fact I could barely let you finish proposing! I said, ‘Can I say yes now!’"

And how about that ring, huh? Gorgeous, naturally. Harry designed it for his bride-to-be, explaining, “The ring is — is obviously yellow gold because that’s her favorite and the main stone itself I sourced from Botswana and the little diamonds either side are from my mother’s jewelry collection to make sure that she’s with us on this — on this crazy journey together.”

The couple was set up by a mutual friend, wildly enough, with both admitting they didn’t really know much about each other prior to their first date last July. Markle noted that she had one question for the friend that set them up: “Well, is he nice?”

When asked about having children, Harry joked, “Not currently, no.” He added, “One step at a time” and said they'll start a family in the future.

In case you missed the official engagement announcement, here you go:

If you’re eagerly awaiting royal wedding details, palace officials announced a May wedding at St. George’s Chapel at Windsor Castle in England, according to Us Weekly.