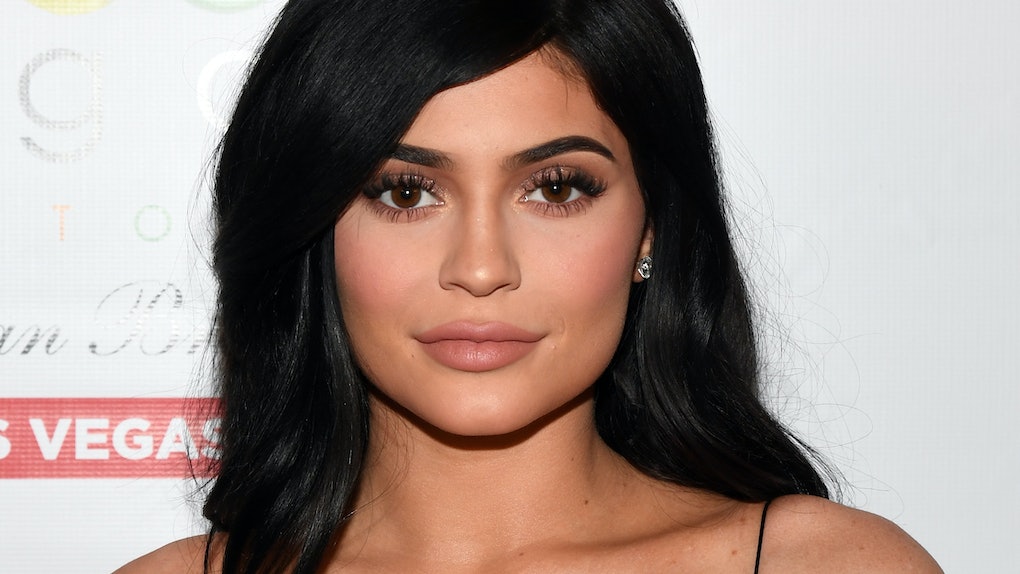 After months of speculation, theories, and in-depth analysis suited for the FBI, the world is finally able to say that yes, Kylie Jenner was pregnant all along. Kylie Jenner gave birth on Thursday, Feb. 1, 2018, to a beautiful baby girl, which she confirmed in a touching Instagram post on Sunday, Feb. 4, 2018. Kylie and boyfriend Travis Scott kept the news of their child under lock and key during the duration of her pregnancy, but the news of her little girl is finally official. And the video of Kylie Jenner's baby gives us all a teensy sneak peek at her bundle of joy.

Kylie first shocked the world with her initial Instagram post, in which she confirmed her pregnancy and told fans why she hated waited so long to do so. She then followed up that initial post with an incredibly touching 11-minute video, titled "To Our Daughter." The video features Kylie's entire family, the birth of Kim and Kanye's new daughter Chicago West, and even a clip of Kylie's own labor at the very end.

While fans had no legitimate confirmation on Kylie's pregnancy prior to her birth announcement, the world now has all the evidence it needs: This tiny glimpse of Kylie Jenner's baby is glorious proof. Fans seriously can't get enough of the adorable new addition to the Kardashian-Jenner family.

For a family whose lives have been broadcasted to the world for the past decade and a half, the entire family managed to hold down two big secrets at once: Kylie Jenner's pregnancy and Khloé Kardashian's pregnancy. The latter sister announced her pregnancy on Instagram, also after months of speculation, with a touching Instagram post.

Paired with the gorgeous photo, the caption reads:

Sister Kim Kardashian also welcomed her new baby girl not that long ago. After experiencing high-risk pregnancies with her daughter, North, and son, Saint, Kim had a surrogate carry her third child with husband Kanye West.

Rumors were circulating prior to Kylie's announcement that she was her sister's surrogate. Because of the timing of their respective baby news, fans were quick to jump to conclusions that they were directly linked. While it would've been sweet, it's hard to imagine 19-year-old Kylie offering herself to Kim. Luckily for the rest of the world, there are even more Kardashian-Jenner babies to love and use as style inspiration.