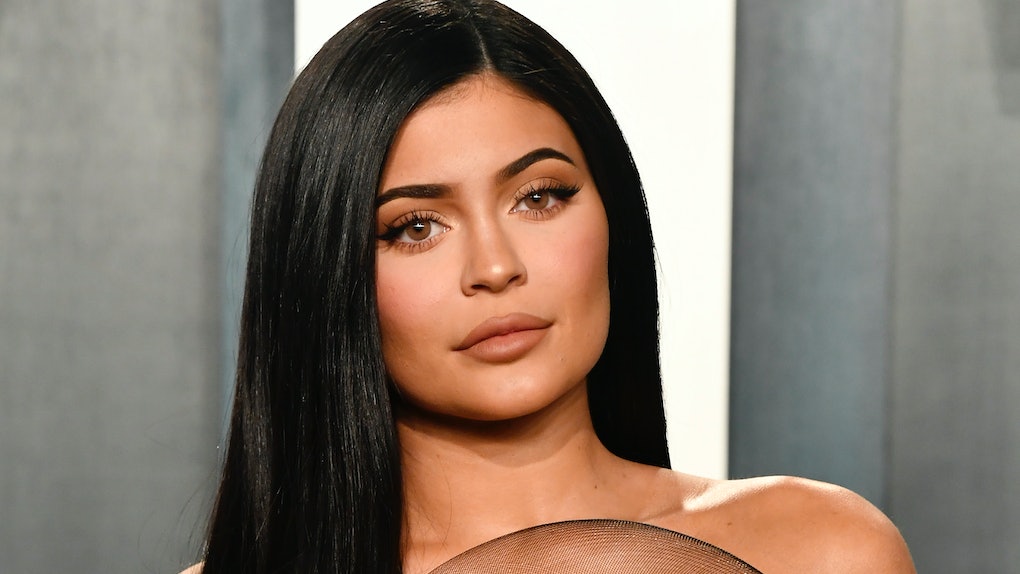 Tipsy Kylie Jenner is a whole mood. The Keeping Up With The Kardashians star had a few too many before filming her latest YouTube video, and the end result has fans laughing non-stop. This video of Kylie Jenner saying she peed her pants deserves an Emmy, an Oscar, and everything in between.

The video, appropriately titled Drunk Getting Ready with Me, also featured her older sister Kendall. The girls had a ball together drinking and doing their makeup, which, as it turns out, is a dangerous combination. Halfway through putting her hair extensions in, Kylie made the admission: "I peed my pants"

Kylie was laughing so hard she began crying, and her sister couldn't contain her laughter either. Oh, and don't expect to see the girls' usual flawless makeup looks from the video. Their beauty looks got a ~little~ out of control, with Jenner rocking a purple lip and her sister going overboard with the blush.

The video has yet to be posted on YouTube, but thankfully the girls posted plenty of outtakes, which you can see below.

Here's the video clip of Jenner admitting she peed her pants.

And here are the girls drunk cuddling on the floor. Even the dog looks confused by their drunken shenanigans.

Kendall was feeling a little rambunctious with all that tequila in her system.

The best part of all? The girls went on a fast food excursion after they were done drinking, stopping by not one but two drive-thrus. They first hit up McDonald's, but soon decided they were ready for round two and made their way to In-N-Out.

The girls were sipping on Kendall's new tequila brand for their video (which they surely have an unlimited supply of at home) so it's no wonder they had a few too many. Kenny took to Instagram on Feb. 17 to announce the launch of 818 tequila, which she said has been four years in the making. Seeing as she's not of Mexican descent, the announcement received a lot of backlash online, but that hasn't stopped her from promoting her new business non-stop.

There's no word yet on when the tequila line is set to hit shelves, but the KarJenners have been hard at work taste testing the product in advance.