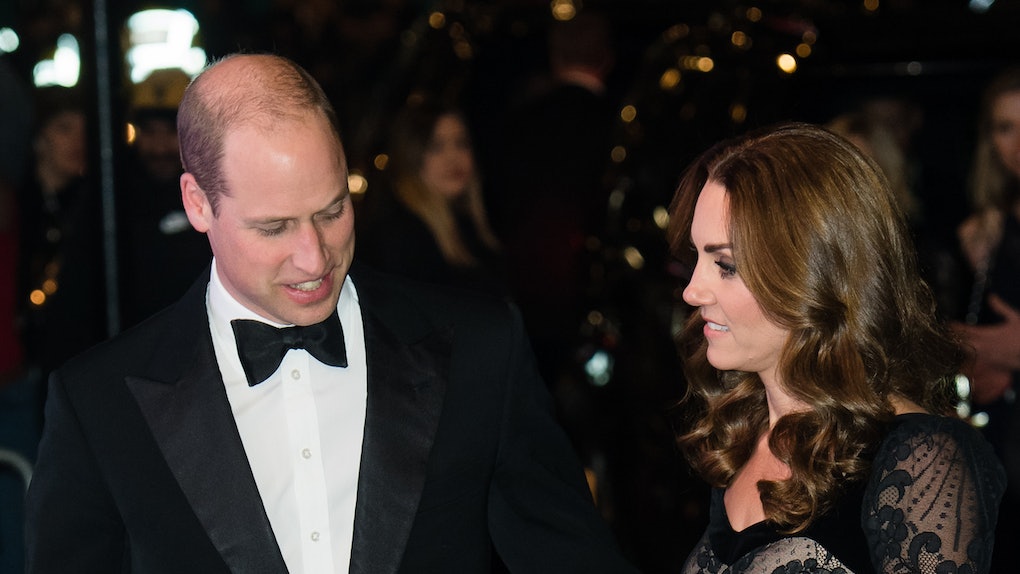 Royals, they're just like us! They may be sovereign leaders of an entire nation and wear crowns and tiaras not purchased at Party City, but they do occasionally face awkward moments with their partners. This video of Kate Middleton avoiding Prince William's PDA during their appearance on A Berry Royal Christmas is just cringeworthy enough to feel relatable.

The BBC special, a spin-off of The Great British Bake-Off starring Mary Berry alongside the Duke and Duchess of Cambridge, aired Dec. 16. In one scene, Will reached out to touch his wife's shoulder, but Kate visibly shrugged him off. Some particularly astute viewers caught the moment on video. And while Shrug Gate may look indisputably awkward, it's important to note that Kate was working and just might not have been down for the on-camera PDA. In fact, her decision would be keeping with a royal tradition she and Will are known for maintaining.

Since Queen Elizabeth and Prince Philip traditionally do not engage in PDA whatsoever, many of their children and grandchildren have chosen to respect that precedent and follow in their exceedingly formal, polite footsteps. "The Queen rarely holds hands with her husband in public and this seems to have set an unwritten precedent for the other royals," body language expert Robin Kermode explained to the Daily Mail in February 2017.

While Prince Harry and Meghan Markle tend to hold hands or even lightly touch each other's arms and backs in public (scandalous!), Will and Kate are a little bit more traditional.

And there's nothing wrong with that!