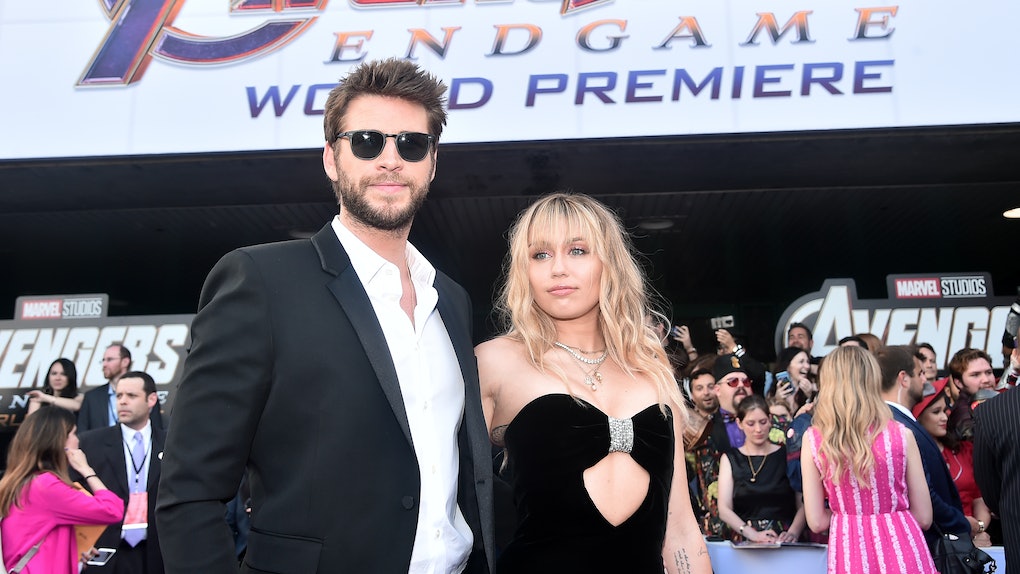 Just hours after Miley Cyrus appeared to shed some insight on the reasons behind her split from Liam Hemsworth with the release of her new track "Slide Away," an inside source is giving hope to stans of the former Hannah Montana star and her estranged husband. This reported update on Miley and Liam suggests that while the pair may be taking time apart for now, their separation may not last forever. Elite Daily reached out to both Cyrus and Hemsworth's reps for comments on the reports, but did not hear back by the time of publication.

It's been a whirlwind past couple of days if you've been keeping up with the status of Cyrus and Hemsworth's relationship ever since they announced that they were taking time apart on Sunday, Aug. 11. Despite the fact that the news came just months after the couple tied the knot in an intimate Tennessee ceremony, sources close to the couple reportedly weren't surprised by the separation as they'd been growing apart for some time. At the time of the announcement, Cyrus' rep confirmed the split to People, saying, "Liam and Miley have agreed to separate at this time. Ever-evolving, changing as partners and individuals, they have decided this is what’s best while they both focus on themselves and careers."

While the pair are keeping their distance at the moment, with Hemsworth reportedly spending time with his family in Australia and Cyrus living up her hot girl summer with Kaitlynn Carter in Los Angeles, those close to the couple reportedly don't think this distance will last forever and are advising them to take time to think before making their next moves.

"Their families have urged them to take some time to breathe before they make any final decisions," an inside source told E! News, per a Friday, Aug. 16 report. "They are both upset about how this has blown up and are both hurting right now."

At the moment, the couple has reportedly cut ties and is moving ahead without any plans for the future. The source added that they are "trying not to communicate and really give each other space" to heal and figure out what they both want to do next.

OK, so this might not sound like the most promising news, but the insider told E! News that "there's definitely a chance that they will get back together."

"Neither Miley or Liam have decided when they are going to take the next step of filing for divorce, because there is a chance of reconciliation," the source told the publication.

This echoes what another inside source previously told People just a few days earlier on Aug. 13. Considering that the couple has weathered their share of breakups and makeups during their decade-long relationship, those close to them seem to believe that there's hope that they will reconcile. "They are great together when they are happy. There is absolutely hope that they will get back together again."

While there's no way of knowing what the future holds for this couple and if they'll be able to find their way back into each other's hearts, this latest update is enough to give fans hope that there may be a happily ever for Miley and Liam after all.