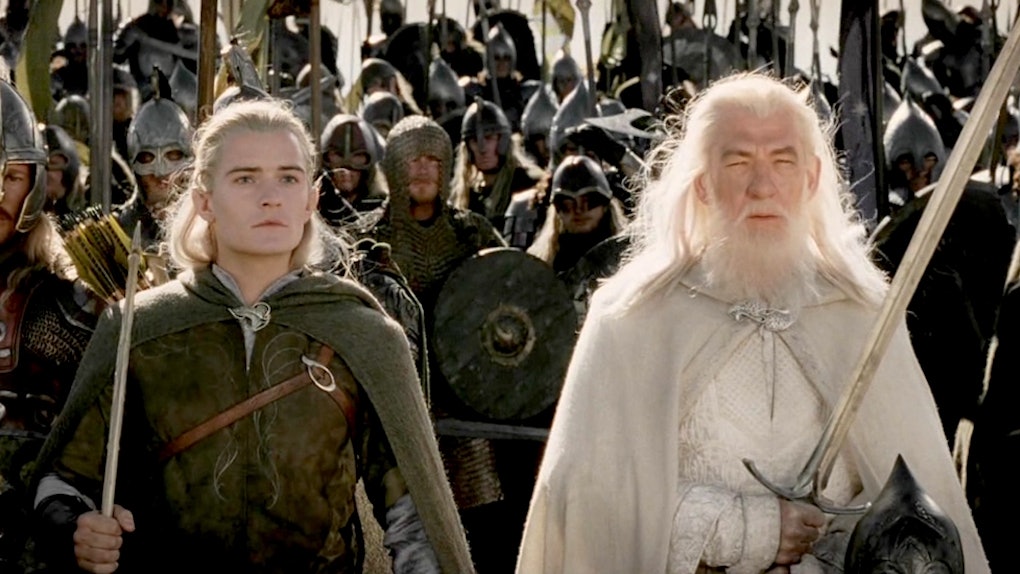 Orlando Bloom is currently in Ian McKellen's stomping ground of London, England as he stars in the West End revival of the dark comedic play Killer Joe. Naturally, Bloom had to catch up with his former Lord of the Rings costar while he was in town, and to add the cherry on top of the reunited Fellowship, the two actors were also joined by Adam Brown, who played the dwarf Ori in The Hobbit prequel trilogy. Although Bloom's character of Legolas and McKellen's character of Gandalf took a back seat in The Hobbit movies, they still popped up every so often to help out Frodo's adoptive father Bilbo on his epic quest.

And the perfect Lord of the Rings reunion photo also got the perfect caption from Orlando Bloom: “A dwarf, a wizard, and an elf walk into a bar…,” he wrote. Check out the reunion pic below:

Funnily enough, this was not even Orlando Bloom's first Lord of the Rings reunion of the month. A couple weeks back, Bloom posted a selfie with his LOTR costar Liv Tyler after she had come to London to see his play. Bloom captioned the reunion shot, "just a pair of elves" — Tyler played the half-elven character of Arwen throughout the Lord of the Rings trilogy.

Clearly, Orlando Bloom is feeling the Lord of the Rings nostalgia right now, and who could blame him? Although Peter Jackson's two-trilogy film saga officially bowed in 2014, the fantasy goliath is still a buzzy topic of conversation right now after it was recently confirmed that Amazon Studios is working on a television adaptation of The Lord of the Rings.

Not much is known about the new Amazon series yet, but the massive (reportedly $250 million) deal that the streaming network made with author J. R. R. Tolkien's estate includes a contract for at least five seasons of the adapted series.

The network also confirmed that the show would serve as a prequel series to The Lord of the Rings, although it very likely will not focus on Bilbo's adventure in The Hobbit since that has already been adapted to film so recently. Of course, LOTR famously has among the richest and most complex fantasy history in the entire genre, so the Amazon show is not at a lack of stories within the saga's universe to adapt. A few months ago, Tolkein fan forum TheOneRing claimed to confirm that the series will center on the character of Aragorn in his youth.

Unfortunately, fans will have to wait at least two more years before Amazon will likely begin to air the show. But hey, until then, at least we have all these fun Lord of the Rings reunions on Orlando Bloom's Instagram.

More like this
TikTok's #NotTheMainCharacter Trend Shows The Supporting Role You Connect With Most
By Marisa Casciano
7 Movies About Graduation To Prepare Yourself For The Cry-Fest
By Claire Spellberg
‘My Policeman’: Release Date, Cast, Trailer, Plot, & More Info
By Abby Monteil
Stay up to date