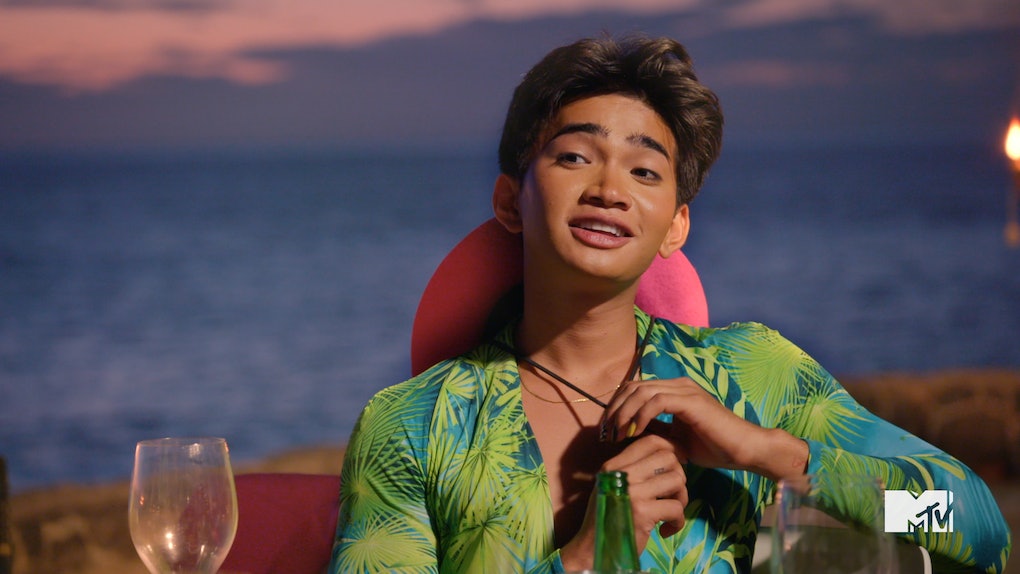 This 'MTV's Following: Bretman Rock' Finale Clip Will Give You The Motivation You Need

After watching his YouTube reality show over the past few weeks, fans feel like they've learned so much more about Bretman Rock. The star, who has a combined 38 million followers across Twitter, Instagram, TikTok, and YouTube, gives fans an unfiltered look at his life in Hawaii in MTV's Following: Bretman Rock. The show premiered on Feb. 8 and has since become a certified hit with over 13 million views online, but just as all good things come to an end, the series officially wraps up with Episode 6 on March 15. And after watching this MTV's Following: Bretman Rock finale clip, you'll be begging for a second season.

The video shows Rock planning a luau-themed birthday party for his mother, Mercedita, with help from his sister, Princess Mae, cousin and personal assistant, Kieffer, and his childhood friend Larry. "I think we should position the table first, and then we can map out where everything goes," Rock tells his family and friends, who hilariously respond, "By 'we' you mean us?"

Kieffer and Larry try to untangle the lights, while Mae works on digging holes for the torches. "Girl, we're going full throttle," Rock says. As his sister is busy doing her part, Rock tells her, "You can do it! You can do it!" but she didn't exactly appreciate the pep talk. "Shut the f*ck up!" she says. "I'm just trying to encourage you!" Rock replies. "No! I'm hot as f*ck! I don't need anyone encouraging me!" Mae shouts back. Their whole interaction is so relatable to anyone with siblings.

Watch Rock and his crew set up for the birthday party below.

Although a second season of his show hasn't been confirmed just yet, Rock told Elite Daily back in February that it's possible it'll happen. "I actually can tell you I think there is going to be a Season 2. If there is a season two, I'd do it because the crew was so fun," he says. "A lot of the crew members were locals, and the best part about shooting was the people I got to work with. That's probably the only reason why I'd shoot a Season 2, so I can hang out with them."

Here's hoping fans can see more of Rock, Mae, Kieffer, and Larry in the future. To watch the whole birthday episode, check out MTV's YouTube channel on Monday, March 15, at 4 p.m. ET.