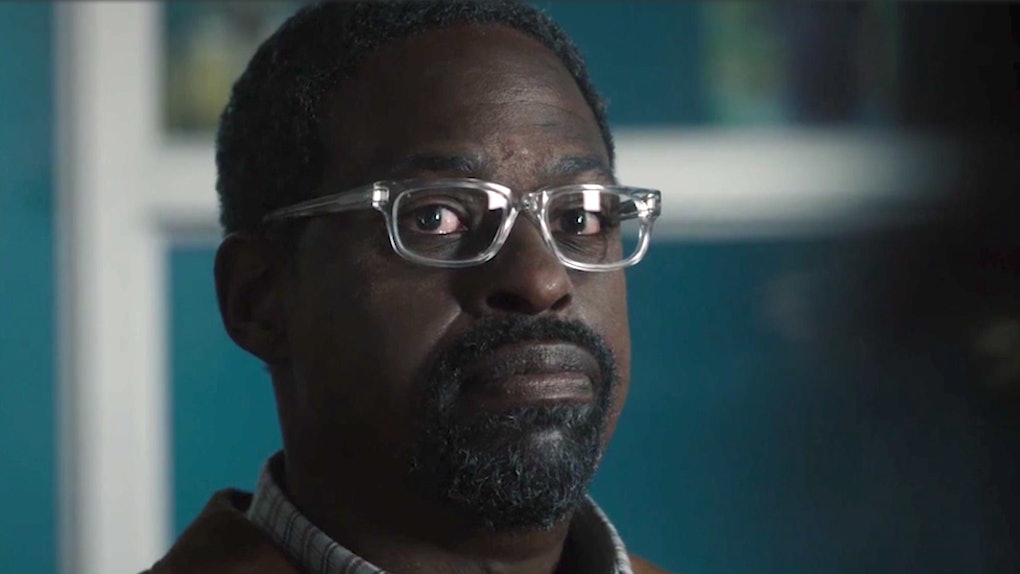 After a beautiful wedding in the This Is Us Season 2 finale, everything seemed like it may start to fall apart for the Pearson family in the future. Mostly, the future does not look too bright for Randall. After that distressing cliffhanger about Randall's future, This Is Us Season 3 fan theories about Randall's family are already taking over the fanbase. So what is really going on in that cryptic final scene between Randall and Tess? Let's go over the four major theories.

Spoiler alert: Of course, don't keep reading if you haven't watch the This Is Us Season 2 finale yet. Before we dive into the fan theories, a refresher on what we know about Randall's mysterious future. We first jumped forward and saw an older version of Randall a couple episodes back, and he was meeting up with his daughter Tess (who has become a social worker in the future) for dinner. Fans were quick to notice Beth's absence from the time-jump scene, also also noted that we did not see if Randall was wearing his wedding ring in the flash-forward. That quick scene sparked a lot of theorizing that Beth may be dead or divorced from Randall in the future, although the show's team seemed to shut down both the divorce theory and the death theory after the episode aired.

Tuesday night's finale was the second time that we got a glimpse of Randall and Tess in the future, showing Randall urging Tess to visit a mysterious "her" that neither one of them sound too excited to go see.

And just like that, it sounds like we have our new big mystery for Season 3: who is this person that Randall and Tess are so anxious about visiting? True to form, the This Is Us fandom is already brimming with ideas, but four main theories seem to be the most likely.

This seems like the most obvious conclusion after watching the two future-Randall scenes. Beth's absence from the scenes is most notably, and fans have already pointed out that we couldn't see Randall's wedding ring in them. Maybe Beth isn't dead, but critically ill and in the hospital, like in a coma or something? That could be the reason that Tess is so hesitant to go see her: She doesn't want to have to see her mom like that.

Given Tess' emotional response to Randall's request to go visit the mystery person, it must be someone very close to her. If not Beth, the next best bet would be Tess' younger sister, Annie. Up until now, all we've really seen of Tess and Annie is that they share a very strong bond. If something did happen to Annie in the future — whether she is sick, dead, or somehow troubled — it would definitely be very hard on Tess.

After Beth and Annie, the next closest person to Tess would probably be her adoptive sister Deja. Another scene at the end of the Season 2 finale showed Deja bashing a car with a baseball bat, which could forewarn that she will start to take her frustrations out through violence and crime. If that is the case, then fans thing that Deja might wind up in prison at some point in the future, and Randall and Tess may be talking about going to visit her in jail. Deja clearly must have had a significant impact on Tess' life since we know she became a social worker, so seeing her sister in jail is probably not easy for her.

This one seems the least likely to me, but there are fans who think that Randall and Tess may be talking about going to see Rebecca on her deathbed. Given the clear emotional turmoil that Tess is experiencing in the scene, I'm more inclined to believe that they are talking more about a member of their immediate family, but you never know with This Is Us!