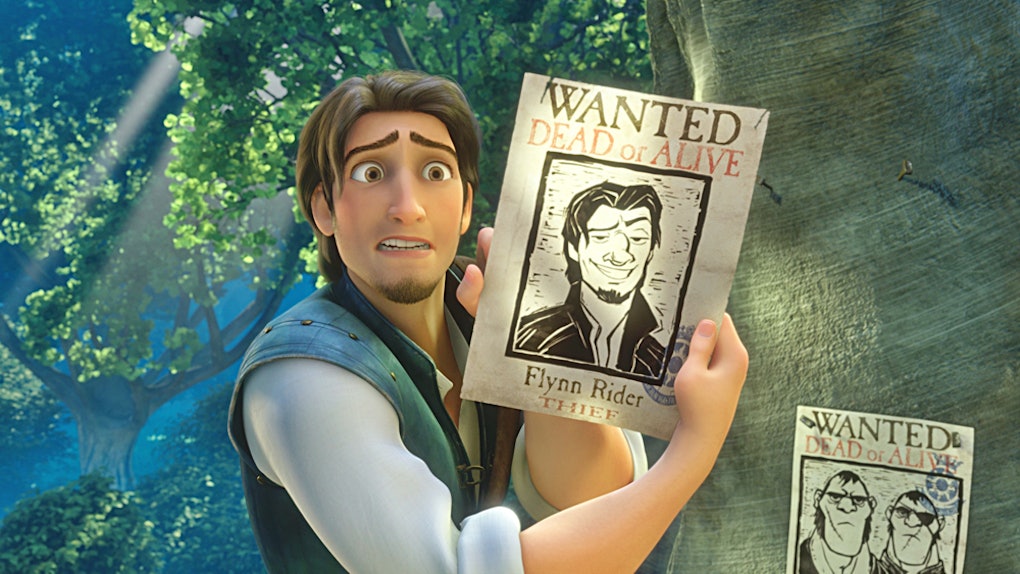 This Is The Disney Prince That Would Break Your Heart, Based On Your Zodiac Sign

Disney movies may be all about fairytale endings, but we live in the real world where heartbreak happens right alongside happily ever after. Sometimes, we end up kissing frogs that stay frogs — or maybe it’s just that we don’t have the right connection to (metaphorically) break the magic amphibian curse. The point is, it's actually more important to find the person who is perfect for you rather than the perfect person. Which is why any one of these could actually be the Disney Prince that would break your heart in real life.

So, if you were a Disney princess living in a made-up, animated, perfect world, which prince should you avoid? Honestly, most of them. There are some seriously sketchy gender politics going on with a lot of these cartoon dudes, but let's set that aside for now and just have a little thought experiment, because some of these princes would definitely make worse matches for you than others. With some, the relationship would fizzle because you want different things in life. For others, they would blow up in epic toxic fashion because you are fundamentally incompatible. So, let’s just imagine that if tomorrow you somehow got swept off into a magical world where dating animated royalty was an actual possibility, here are the princes you should steer well clear of, based on your zodiac sign.

For adventure-loving, thrill-seeking, and fiercely independent Aries, you couldn’t pick a worse partner than Prince Charming. Sure, he’s handsome, rocks some sweet tasseled epaulets, and gets along well with your fairy godmothers, but the dude is just way too traditional for you. This is a guy who says he likes how bold you are, but he really just expects you to be home making him some dinner — and some heirs. Thank u, next.

Taurus would no doubt be drawn to Li Shang. After all, the man is hot and knows how to make a man bun work, but this pairing is a recipe for heartbreak and disaster. For Taurus, security and a sense of home is essential to their happiness, and having a partner that just goes off fighting the Huns all the time would leave them lonely and sad. And if they decided to tag along just to be close to their prince, they’d have to rough it in a tent. Yeah, luxury loving Taurus wants no part of that.

OK, I get it, we all want Prince Eric. He’s so ruggedly handsome. However, looks can only take you so far when you are fundamentally incompatible like Gemini and Eric would be. Eric is an old-school romantic who just can't wait to find the “right” woman. Sure, all that wistfulness seems appealing — until the smothering begins. Gemini will not be caged; they want to be social, talk to everyone, and have some balance of home and social life. Eric is the dude that starts off sweet but then sulks in the corner whenever you talk to someone else.

Cancer (June 21 to July 22): Star-Lord, aka Peter Quill, from 'Guardians of the Galaxy'

Peter Quill is basically Cancer’s worst nightmare. Sure, he’s all swagger and charm, but his unpredictability and innate selfishness is exactly what Cancer worries all men are like. He may be able to woo Cancer long enough to get them to drop their shell, but the minute that happens, this unreliable Disney prince will stab Cancer right where it hurts the most: their emotional vulnerability.

If you want to love Leo and make them truly happy, the first step is to accept that they're going to be the star of the relationship. This lion has pride, after all. So, dating a demigod that literally glows and sparkles like Hercules is going to create a friction and misery for Leo, who will feel like their light is dimmed by the relationship.

Virgo wants no part of Prince Edward, so honestly, this relationship would be over before it started. Grounded and practical Virgo would be totally put off by the flighty, unrealistic, and unpredictable Prince Edward. Plus, his complete inability to read the room would be met with a heavy and scathing dose of judgment from highly critical Virgo.

Libra is an optimistic and social sign who needs to be able to express themselves and keep it positive. At first they may see grumpy, quiet, isolated Kristoff as a project, and try to win him over with their wit and by lavishing them with love, but ultimately we are who we are, and Libra’s heart would be crushed by his moodiness and pessimism.

In the case of Prince Naveen and Scorpio, it’s a problem of two big personalities clashing. While the sex would probably be fire (especially after Naveen learns that it’s better to give than to receive), the reality is that outside of the bedroom, these two hard-headed characters would clash, fight, and grow increasingly toxic. To be fair, the makeup sex along the way just might make the inevitable heartbreak worth it.

Sagittarius is the most free-spirited of all the zodiac, and their worst fear is to feel caged in. So, Beast’s insistence that Sag stay trapped in a castle would not just crush their heart, but their spirit as well. This is probably the most incompatible pairing of them all. Now, if Sagittarius was to get with Lumiere, well, that’s a different story…

There is no doubt that Capricorn would appreciate Aladdin’s ability to rise all the way from street rat to sultan practically overnight, but they would ultimately be turned off and disdainful about how he achieved it. Sure, success is hot and worthy of pursuing, but it takes hard work and perseverance — and maybe a touch of luck. But to just “wish” yourself successful... that’s just the kind of nonsense Cap has no time for.

While Aquarius would be grateful to Prince Phillip for kissing them and breaking the curse, the first thing this freedom-loving sign would crave is to get back out there and pursue their own adventures. This independent sign is a self-rescuing princess, and Phillip’s old-school ideas about love and gender roles would just be far too confining for Aquarius.

Pisces would be very attracted to Flynn Rider’s roguish charm — they do have a tendency to be drawn to the bad boys, after all. But this would ultimately be another lesson in heartbreak when this dreamy and idealistic sign eventually has to accept that this prince cannot live up to their fantasy standards. You may try and “fix” him for a while — after all, you just see so much potential in him if he just applied himself. But ultimately, it would all end in tears.

Listen, we’ve all tried to turn a frog or two into a Prince Charming, but sometimes you just have to accept that this time your prince is probably in another castle. Or better yet, that you're a powerhouse who doesn't need a prince, period.