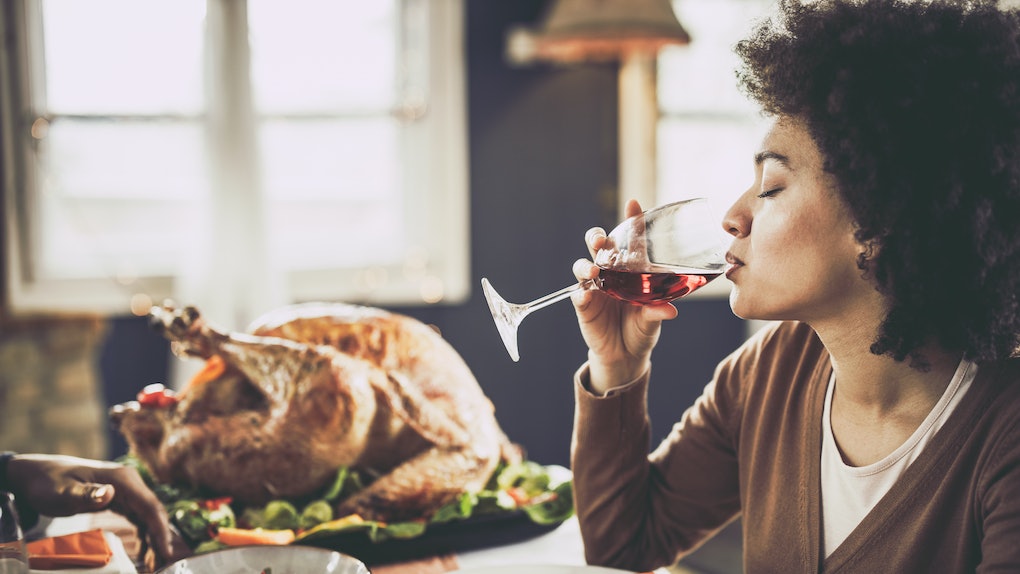 Think back on all the Thanksgivings you've experienced throughout your life. Which memories are your favorite? Is it the time your cousin told a story that made everyone laugh until they cried? Is it the time you made a killer pumpkin pie that people couldn't get enough of? I'll tell you what my favorite memories are: the Thanksgiving clapbacks, of course. I'm not too ashamed to admit it. While things can definitely take a turn for the worst when the conflict gets heated, there's something so satisfying about watching everyone reveal their worst selves. The drama that can take place on Thanksgiving is no joke, and everyone contributes to it in some way. Have you ever wondered if astrology has something to do with it? How each zodiac sign ruins Thanksgiving proves that it does.

Even if you're unaware of how terrible you can be on Thanksgiving, astrology should definitely be able to paint you a picture. And, more likely than not, you'll at least remember that your overly critical aunt is, in fact, a Virgo, and how it totally makes sense that your careless older sister who flaked on your dinner party has a Gemini moon. So, without further ado, you should sit back, relax, and get your Thanksgiving tea while it's still piping hot.

Aries: Screaming At The Football Game

Football could possibly be Thanksgiving's riskiest tradition, thanks to the high stakes and how competitive people can get rooting for their own team. You know who's rooting hardest? You are, of course. You're shouting so loud, no one can hear themselves think.

Taurus: Eating All The Food Before Anyone Else Can

I know how much your mouth waters at the thought of Thanksgiving dinner, but come on, save some of the sweet potatoes for the rest of the family. With you in attendance, people know they're gonna have to act fast to get their helpings.

Gemini: Leaving To Go To Another Thanksgiving Dinner

Are you incapable of saying the word, "No"? Why did you agree to go to several different Thanksgivings instead of picking one like a normal person? On top of arriving late and leaving early, you're probably gonna have to blow off a few dinners.

Cancer: Blowing Something Out Of Proportion

Tensions are high on Thanksgiving. A lot of shade can be thrown among relatives, even if it's subtle. You know who's taking it all way too personally? You, of course. I know how rough family can be, but you're capable of throwing a full on tantrum.

Leo: You Can't Stop Talking About Yourself

The whole family gets together on Thanksgiving and, chances are, everyone wants to fill each other in on their lives. While the conversations should be an even give and take, you just can't seem to stop talking about yourself.

Virgo: Criticizing What Everyone Is Doing

Thanksgiving is a highly anticipated evening and there's lots of pressure to get it right. However, you seem to forget nobody's perfect. You don't have to constantly point it out to everyone when they're doing something wrong.

Libra: Blurting Out Family Gossip At The Table

Someone probably tells you, "I told you that in confidence," every Thanksgiving. Sure, what's juicier than family gossip? However, you're only instigating drama by spreading it like butter over toast. Maybe that was your plan all along?

You probably have a crystal clear memory of every little grievance that happened during last year's Thanksgiving. You're seriously still mad about that? You probably should let it go. Everyone has already forgotten all about that.

Sagittarius: Calling Someone Out At The Table

Everyone loves to imagine telling someone off, especially when it comes to family. However, imagining it instead of actually doing it is key on Thanksgiving. Chances are, you're the one who unleashes all the unspoken drama, making things super awkward.

Capricorn: Avoiding All Of The Family's Affection

Is Thanksgiving synonymous with receiving wet kisses from your touchy-feely aunts? You bet it is. You're probably on the defensive all night long, cringing at even the suggestion of familial affection. I know you need your personal space, but you need to relax.

Aquarius: Bringing Up Politics In The Middle Of Dinner

Thanksgiving has a hotly debated origin story. Who can resist calling out their ignorant relative on such a night? However, you couldn't postpone the discussion about next year's election until after your family's done eating pumpkin pie?

Pisces: Waiting Too Long To Cook The Turkey

Seriously, who put you in charge of anything? You get so lost in all the fun and games of Thanksgiving, you forget to do anything. Come on, this turkey you were supposed to cook still has frozen pieces in it.

This article was originally published on November 9, 2018