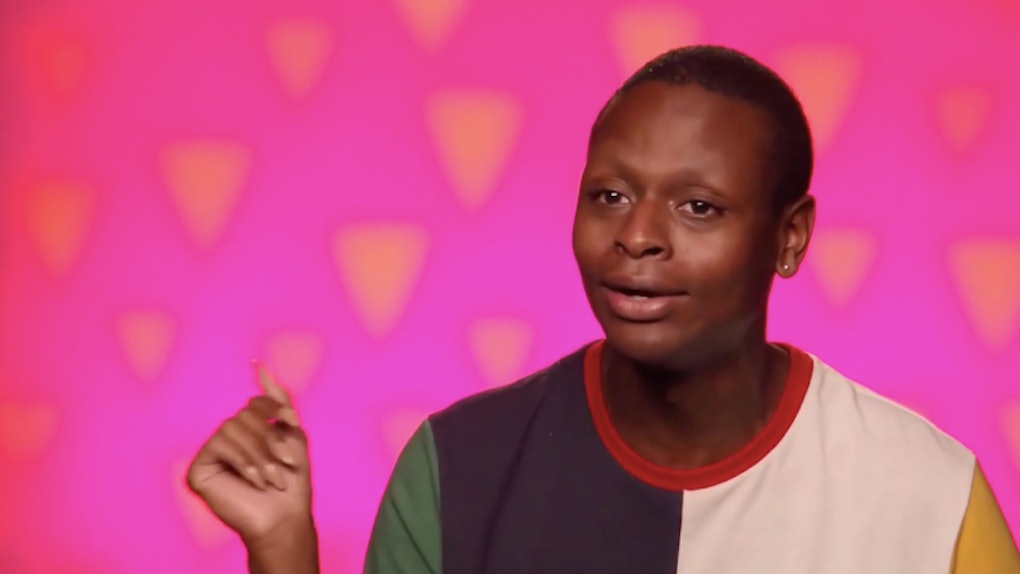 This 'Drag Race' Season 13, Episode 14 Clip Shows The Top 4 Getting SO Real

If you're feeling emotional about RuPaul's Drag Race Season 13 coming to a close, you're not alone. Even the queens competing for the crown are getting in their feels about their experiences on the show. In this new clip from Drag Race Season 13, Episode 14, they're opening up about how they felt about each other when they all started out — and how they feel about each other now.

Drag Race has no shortage of drama. With cutthroat challenges and catty contestants, how can it not? But this show is also so full of heart. Watching these queens slay challenges while also forming close bonds with their fellow competitors is a huge part of what makes this reality competition series so special. That element is going to be on full display in Episode 14, which airs Friday, April 9.

This week's sneak-peek clip doesn't tease a challenge or a tiff between queens. Instead, it focuses on how the season's Top 4 — Kandy Muse, Symone, Rosé, and Gottmik — have truly become friends over the course of their Drag Race ~journey~. The clip kicks off with Symone asking her fellow finalists what they thought about each other at the start of the season. The queens certainly do not hold back about their first impressions (Symone may have called Rosé "uncooked chicken"), but it's what they say about their current feelings for each other that'll have you sobbing.

Of course, this lovefest isn't going to hold the queens back from fighting tooth and perfectly manicured nail to get through the next few episodes to the finale — and ultimately win the season. With Olivia Lux's elimination in the April 2 episode, the final four contestants are closer to winning than ever before, but they still have a few hurdles before a champion is selected. In April 9's Episode 14, the queens will likely face one of the most difficult challenges yet — and the judges will certainly have a tough time deciding who to send home. Titled "Gettin' Lucky," the episode will feature the four queens writing and recording lyrics as they perform to the world premiere of RuPaul’s new song, “Lucky.” Who will *get lucky* and move on and whose luck will run out? Stay tuned to find out as this season (finally) comes to a close.