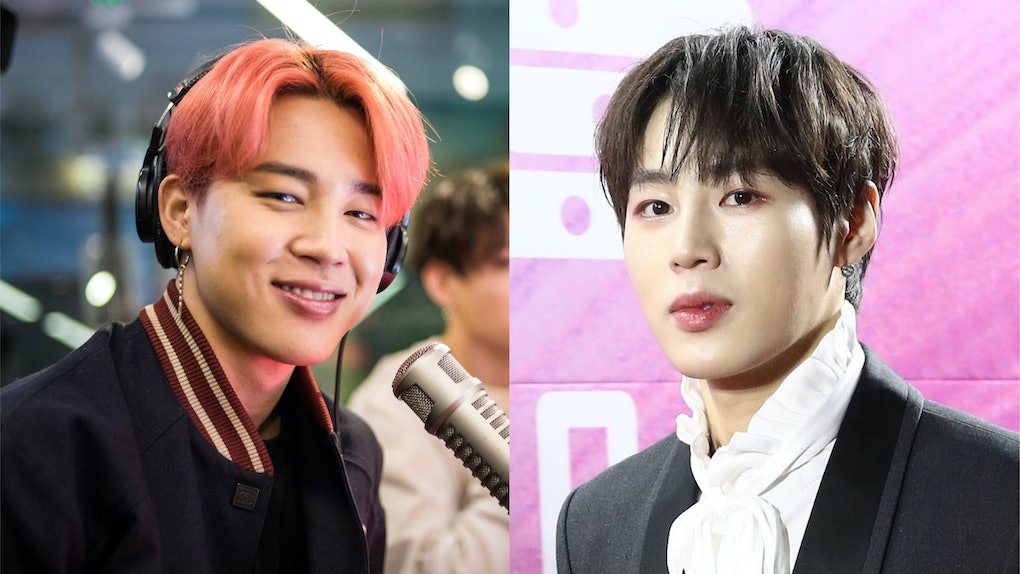 Whether Jimin is or isn't your bias isn't the point because I know he has a special place in your (and everybody else's) heart. I mean, who wouldn't love him? Jimin is so sweet, kind, and so dang charming! It doesn't even matter if someone speaks the same language as him or not because Jimin's charm will come through no matter what. Take Jimin's friendships with Alec Benjamin, Halsey, Khalid, and Jimmy Fallon, for example. They've all fallen for Jimin's charms and it's so sweet to see them interact with him. Jimin's even got a lot of famous friends back home in Korea, like Wanna One's Sungwoon. The BTS ARMY would know that Sungwoon and Jimin are super close friends and this video of Sungwoon tricking BTS' Jimin into saying "I love you" proves it because it didn't take much effort at all to get Jimin to say it.

You read that right. Sungwoon and Jimin are so close that they can just casually say "I love you" to each other whenever and wherever. If you ask me, that is total friendship goals right there.

On the Sept. 2 episode of late-night audio show Late Night Idol, Sungwoon had to complete a few missions as requested by fans. One fan challenged Sungwoon to call a friend and have them say "I love you" within the first minute of their conversation, and that's when Sungwoon decided to give Jimin a call. Spoiler alert: The phone call didn't last long.

Jimin: Yeah, I love you!

And that was literally it. Jimin just said "I love you" right back with no questions asked and it happened within less than ten seconds of the phone call starting. That should come as no surprise to fans since Jimin is always so openly affectionate with all his friends and fellow BTS members (see Jimin and RM's cute bromance, for example). Honestly, that's so cool and makes me wish that I had Jimin as a friend. *Sobs.*

Anyways, Sungwoon was so happy to call Jimin, and even after their convo ended, he kept on gushing about how much he admired Jimin. According to a translation by Soompi, Sungwoon had this to say about his friendship with Jimin:

Jimin is one of the friends and [industry] seniors I love and care for the most. Whether it’s on shows or in real life, he’s always so earnest, warmhearted, and kind. He’s the best. He’s my friend but I’ve learned a lot from him. I’m grateful.

How sweet is that? But enough from me, you can listen to Sungwoon and Jimin's phone call below.

Wasn't that just the cutest thing you've ever heard? Jimin loves Sungwoon so much that he didn't even question why he called him or why he immediately said "I love you" to him. Jimin said it right back and it just shows how sweet of a friend Jimin is. It's no wonder why he's got so many famous friends. Everyone loves Jimin!

More like this
These BTS Jimin Quotes For Instagram Captions Are Like A Warm Hug For Your Followers
By Michele Mendez
These Songs About Friendship Between Women Are Empowering AF
By Sydney N. Sweeney
Kaitlyn Bristowe & Jason Tartick Are Engaged & Their Proposal Story Is Cute AF
By Rachel Varina
Stay up to date