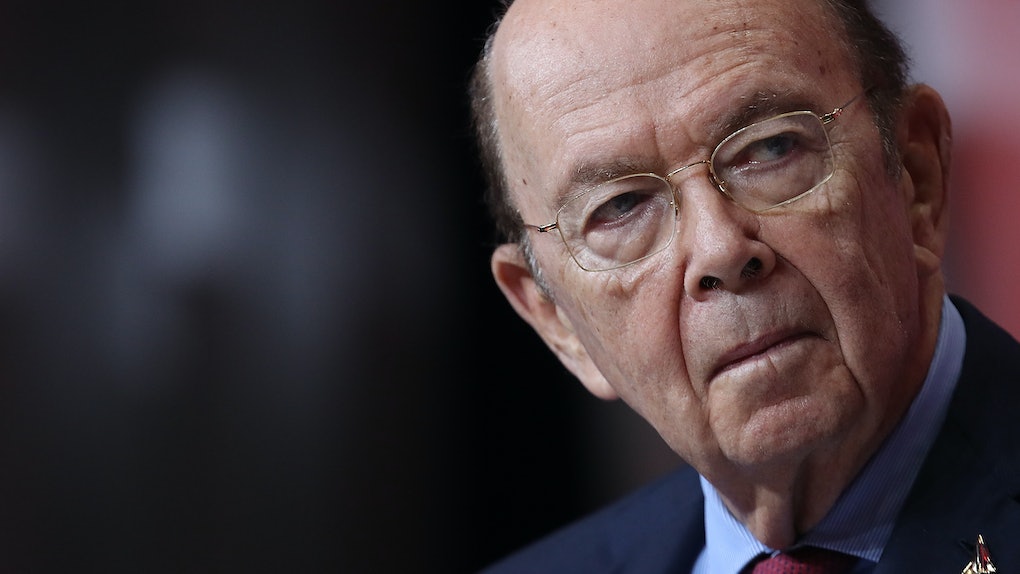 We have officially entered day 34 of the government shutdown, and rumor has it nothing will be resolved soon. When this ordeal kicked off on Dec. 22, 2018, I doubt anyone expected this shutdown to last so long, or realized how much it would impact the American people. For those who aren't aware of how individuals are being affected at this point during the shutdown, some federal workers are visiting food banks just to keep their families fed. Something has got to change.

As of Friday, Jan. 25, thousands of federal workers will miss their second paycheck as the government shutdown enters fifth week. As a result, many unpaid federal workers are visiting their local food banks as a way to feed themselves and their families. Currently, 800,000 federal workers are not being paid during the shutdown, with a large portion having to work despite receiving no pay.

Despite how troubling it is that so many Americans are being impacted throughout this shutdown, not everyone is feeling very sympathetic. On Thursday, Jan. 24, United States Secretary of Commerce Wilbur Ross spoke to CNBC about the ongoing government shutdown and how federal workers are being forced to visit food banks and homeless shelters. Well, despite the fact that as commerce secretary Ross is in charge of promoting American business, he's apparently confused by the effects of workers not getting paid. Ross, a billionaire, said he was aware that workers are visiting food shelters, but "doesn't understand why" workers are resorting to these options. He then suggested that workers should take out loans for the time being, despite the fact that loans would involve extra interest fees at a time when many are struggling to pay the bills they already have, and not all banks even offer personal loans.

"The 30 days of pay that people will be out — there’s no real reason why they shouldn’t be able to get a loan against it, and we’ve seen a number of ads from the financial institutions doing that,” he said, per The New York Times. He added that any loans were essentially government backed, given that federal employees would be getting back pay. "When you think about it, these are basically government-guaranteed loans, because the government has committed,” he said.

Elite Daily reached out to the U.S. Department of Commerce for comment on Ross' statement, but did not hear back in time for publication.

Following Ross' interview, the public immediately took to Twitter to call out the secretary for his out-of-touch comments.

According to reports from NPR, federal workers have been visiting food banks since as early as the fourth week of the federal shutdown.

To assist these workers, local food banks have organized pop ups to donate fresh produce, canned food, and other goods. In addition, restaurants across the country have started offering free food to federal workers and their family while the government is still shut down.

Believe it or not, Ross isn't the first related to the Trump administration to make questionable comments about unpaid federal workers. On Wednesday, Jan. 24, President Donald Trump's daughter-in-law, Lara Trump, appeared on Bold TV and when asked about federal workers not getting paid for a second time, her response was really... less than helpful.

"Listen this is, it's not fair to you and we all get that," Trump said. "But this is so much bigger than any one person." Trump went on to add, "It is a little bit of pain but it's going to be for the future of our country, and their children and their grandchildren and generations after them will thank them for their sacrifice. I know people have families, they have bills to pay, they have mortgages, they have rents that are due." Elite Daily reached out to the Trump Organization for comment on Trump's statement at the time, but did not hear back. In a tweet posted later in the day, Trump suggested that her words had been taken out of context and blamed the "fake news."

Immediately following the interview, it's safe to say that Twitter had a lot to say in regards to Trump's controversial "let them eat cake"-esque comment.

The ongoing government shutdown is a result of House Democrats denying President Trump's request for $5.7 billion to fund a border wall between the United States and Mexico. Despite numerous meetings between the president and Congress, no compromise has been made yet, and Trump has even stated that this shutdown could last "for a very long period of time — months or even years," according to Senate Minority Leader Chuck Schumer. The White House did not immediately respond to Elite Daily's request for comment at the time.

So, there's that. Even though certain figures might not be addressing how serious this matter is, there's a few ways we can help federal workers during this tough time. Want to learn more? Here's what to do.