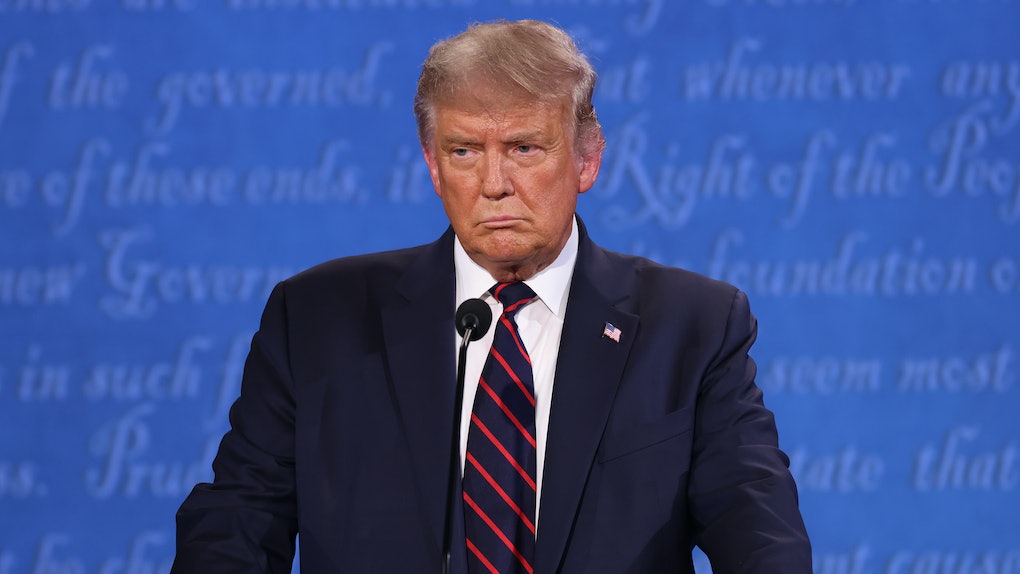 When President Donald Trump and former Vice President Joe Biden faced off for their first debate on Tuesday, Sept. 29, viewers were surprised to see the president start arguing with the moderator. When Fox News host Chris Wallace attempted to ask President Trump some questions about his voting track record, the POTUS went into attack mode and even joked that he was having to debate with the moderator. These tweets about Trump arguing with Chris Wallace at the debate don't know what to make of the altercation, which got heated at several points during the session.

The Sept. 29 debate — the first head-to-head debate between the two candidates in the 2020 election cycle — was characterized by interruptions and insults, nearly entirely from Trump, and apparently even the moderator wasn't exempt. While Wallace said "My job is to be as invisible as possible" ahead of the initial match-up, viewers saw Trump and the Fox News host clash at numerous times during the debate. In addition to frequently chastising Trump for interrupting his opponent, Wallace went so far as to remind the president that his campaign had agreed to give Biden two minutes of uninterrupted time to respond to the questions asked of him. Things got heated less than half an hour in, as Trump and Wallace seemed to argue each other at a few points as Wallace tried to bring up the topic of health care, to which Trump said, "I guess I'm debating you, not him."

Viewers from both sides of the political spectrum took to Twitter to weigh in on the uncomfortable dynamic, which saw Wallace raising his voice at the president a few times.

Wallace previously came under fire while saying during a Fox News appearance on Sunday, Sept. 27 that he didn't think it was his responsibility to fact-check the two politicians.

"My job is to be as invisible as possible," he said at the time. "I’m trying to get them to engage, to focus on the key issues, to give people at home a sense of, 'Why I want to vote for one versus the other.'"

Wallace and Trump won't square off for the next debate. Instead, C-SPAN political editor Steve Scully is scheduled moderate the second presidential debate, which will be held in Oct. 15 in Miami, while NBC White House correspondent Kristen Welker will moderate the third debate in Nashville on Oct. 22. Only time will tell whether those debates are as heated as this one.